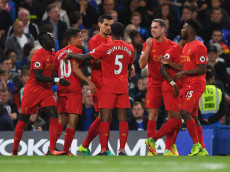 Of everyone on this high attacking Liverpool side, the last person you would expect to see on the scoresheet would be Dejan Lovren. But in a moment, the center back became a striker and found himself wide open to score on a terrific volley on the far post from Philippe Coutinho’s pin perfect long pass. […]

Celtic are a team that are capable not only of being exciting to watch but also punching above their weight class, when they play at home. When they travel away from Celtic Park, especially in the UEFA Champions League, to Camp Nou of all places it doesn’t usually end well for them. They did a […] 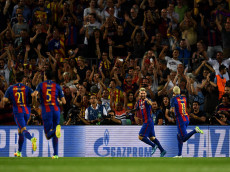 I don’t think anyone was surprised when it took Lionel Messi less then three minutes to open his Champions League scoring account at home to Celtic. What may have surprised people was that Celtic didn’t immediately melt away like many expected them to. Instead they hung in there giving Barcelona a match. 20 minutes later […] 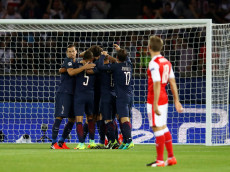 The UEFA Champions League is back and we were hardly able to take our seats (or fire up the streams for those still at work) before the goals started flying in. With Barcelona getting a home match against Celtic, many were predicting the Catalans to turn the game into a blowout quickly. While Barcelona may […] 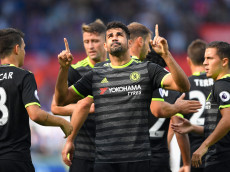 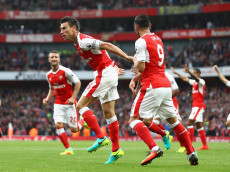 Not a bad way to celebrate your birthday. Arsenal’s Laurent Koscielny saved one of his best goals for his 31st birthday as his overhead kick in the 29th minute put Arsenal level 1-1 with Southampton. This was welcome news for Arsenal after goalkeeper Petr Cech had an unfortunate own goal off a bad bounce. Arsenal […] 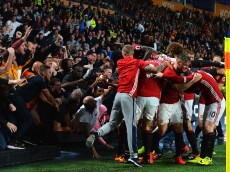 Manchester United tried just about everything to score and grab the lead against surprisingly undefeated Hull City. It didn’t seem like anything was going to work and at one time or another, looked like Hull would sneak with a goal. But in the 92nd minute, it wasn’t Rooney or Pogba or Zlatan who became the […] 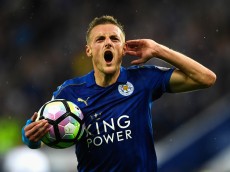 It took Jamie Vardy to his third match of the season but he has seemingly found his touch that make him a household name last season as he scored against Swansea City. As you can see, this was a textbook Leicester City goal. Counter, long ball up to Vardy, Vardy’s speed beats every defender and […] 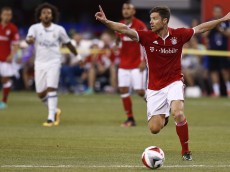 It didn’t take long for Bayern Munich to get going. For all the talk of a new manager and a potential Borussia Dortmund title challenge Bayern Munich set out to silence any doubters in their Bundesliga opener. The German champs opened the season at home against Werder Bremen and immediately put the Bremen goal under […] 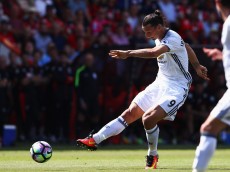 One of the most talked about topics over this past summer was that of Manchester United’s new striker and their old one. Zlatan Ibrahimovic signing for United provided enough storylines of their own, but there was also the topic of where 12 year Manchester United veteran Wayne Rooney would be lining up on the field. […] 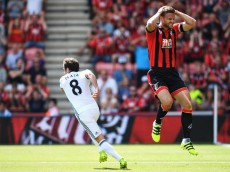 By now you already know the relationship between new Manchester United manager Jose Mourinho and Juan Mata is strained at best. The rockiness culminated last week when Mata was brought on as a sub in last weeks Community Shield and then subbed off. Mourinho claimed the decision was a tactical one and that Mata was […] 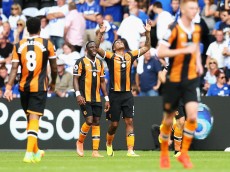 Of all the things to happen to start the 2016-17 Premier League season, I was not expecting who is widely considered going to finish last this year, score the first goal off a bicycle kick against the defending champs. It appeared that after Leicester’s Kasper Schmeichel made a terrific save, Abel Hernandez connected with the […] 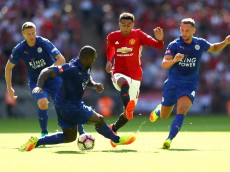 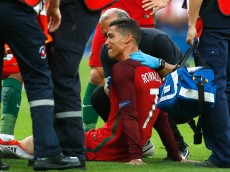 Love him or hate him the one thing you don’t want to see is a star player forced to leave a major final with an injury. Especially when that injury comes early in the game and can have a major effect on the rest of the game. That’s exactly what happened to Cristiano Ronaldo. The […] 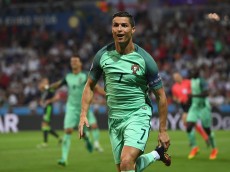 It was billed as Cristiano Ronaldo vs. Gareth Bale. The two Real Madrid teammates could speak all they wanted that the match was about more than the two of them but no matter how much they said it this was always going to be about them. It was clear right from the get go as […]