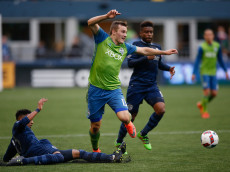 With Jurgen Klinsmann being fired yesterday as US national team manager, the first legs of the MLS conference finals are not necessarily the biggest story in American soccer at the moment. But we’ll watch them anyway. To get you prepared, I give you a tactical preview of both games. Montreal Impact vs. Toronto FC Overview: […] 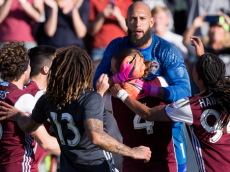 A classic Rapids win Did you really expect anything different from the 2016 Colorado Rapids? Pablo Mastroeni’s side did what they have all season in their PK win over the Galaxy in the MLS Western Conference semifinal: hold out as long as possible and win on a flukey goal. The Rapids beat the LA Galaxy […] 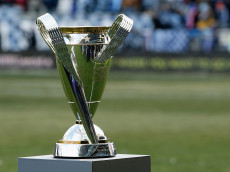 We’re onto the second legs of the MLS Cup Playoff conference semifinals. The teams, the lineups, and the general look of things will be the same as last week. Now, it comes down to which manager can make the correct adjustments to either hold the lead they’ve attained or overcome the deficit they dug themselves […] 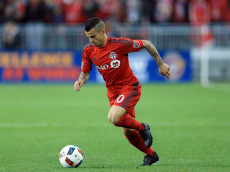 We’re in the middle of the MLS Cup playoffs now, but we’re also in the middle of award season. MLS released the finalists for their end of year awards and there are fierce debates all over soccer twitter since. Debates about who should win MVP, Coach of the Year, Rookie of the Year, and other […] 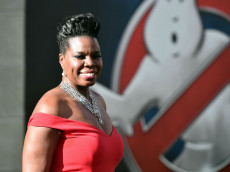 People become soccer fans for various reasons. Some become fans because they may have played when they were a kid. Some gravitate to the free flowing nature of the sport. Some see the camaraderie of a supporters group and want to be a part of that atmosphere. For Saturday Night Live and Ghostbusters actress, Leslie Jones, […] 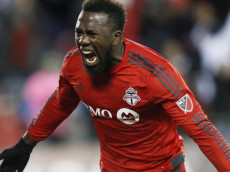 Eight straight hours of MLS playoff action ended with a 3-0 Sounders victory against FC Dallas. All four away teams, and top seeds in the MLS playoffs, failed to score a goal today. Here’s a rundown of those four games: Montreal win with the counter The Montreal Impact beat the New York Red Bulls 1-0 […] 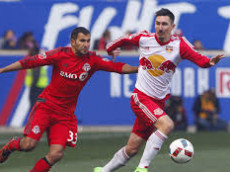 New York Red Bulls vs. Montreal Impact The Red Bulls enter this match playing like the team that won the Supporters’ Shield last season. They now have a serviceable backline after injuries decimated it throughout the season, and aside from Alex Muyl stepping in for Lloyd Sam, the starting lineup is identical to 2015’s. Their […] 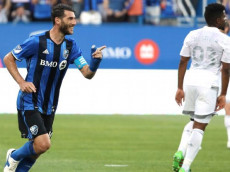 The MLS Cup Playoffs started Wednesday with the first two of four knockout round games taking place. If you read my preview from yesterday, you will notice that things went mostly to plan. Toronto and LA both won and are heading to the next round. Who is going to join them tonight? D.C. United vs. Montreal […] 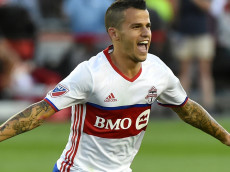 Philadelphia Union vs. Toronto FC Quick overview: Neither team is in particularly good form entering this early-round contest. Sixth-seed Philadelphia enter this matchup having not won since August 27th, while Toronto come in having seen their defense falter and their attack lose some luster over the past month and a half. TFC are in much […]

This Sunday, all 20 MLS teams will play at the same time for the 34th time this season. Like most leagues, MLS’ final day of the regular season will consist of everyone playing to determine who finishes where in the league. All games are at 4:00 ET with Real Salt Lake/Seattle Sounders on ESPN, FC […] 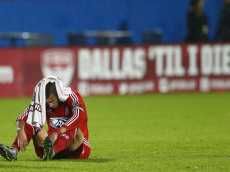 Campaign season has apparently crossed over from Washington and into MLS as FC Dallas fans have been tweeting at the accounts of the most prominent MLS media members to get them to vote for their players in MLS’ year end awards. In the year end MLS awards, a mix of MLS media, players and team […] 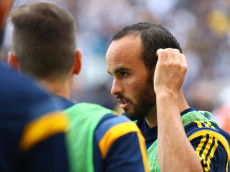 In case you missed it, Landon Donovan is coming out of retirement to play for the LA Galaxy for the rest of this MLS season. The news really sent American soccer social media community into a tizzy, with just about everyone going crazy like 15-year-old girls at a Justin Bieber concert. While I hate to […] 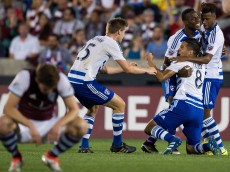 It’s September and we are now entering “crunch time” in MLS. The regular season is in its final weeks and soon enough, the MLS Cup Playoffs will begin. While it may seem easier to win a trophy in American soccer, it’s very tough to win multiple trophies in the same year. In fact, in only […] 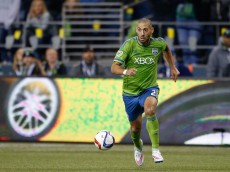 It may not seem like this but the Seattle Sounders have greatly improved and are arguably on their best form in years. And them peaking at the right time, could give them the one trophy they have been striving for since entering MLS in 2009, the MLS Cup. If you haven’t been following the Sounders, […] 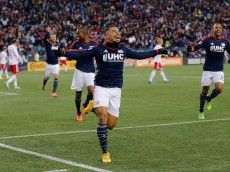 Former U.S. Men’s National Team forward Charlie Davies has experienced a rough life. Now, in a Fox exclusive, it has been revealed that the current New England Revolution player has been battling cancer but is now in remission. In a statement from the Revolution, It was revealed that Davies was suffering from Liposarcoma, a rare […]