The start of 2016/17 Premier League is just under a week away, and we at 32 Flags could not be more excited. Every year, the writers hold a prediction roundtable to figure out just what we think will happen over the coming season. This season showed a surprising amount of divergence, as you will see with the predictions below. Knowing our beloved Premier League. 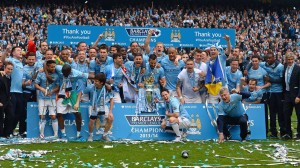 Manchester City and Manchester United tied for votes to win the Premier League, but City averaged a higher finish. A few of the writers predicting that United would finish 4th or lower. What this shows is that nobody is quite sure what to make of the Manchester clubs. They are in the same boats, where they could either click and really succeed or severely struggle under the immense pressure of expectancy. Ultimately, Manchester City have the stronger squad, which will help push them to success.

The top three ended up being pretty straight forward. As mentioned previously, the two Manchester clubs should be in the mix for the Premier League this year, while Tottenham have a great squad and a great manager in Mauricio Pochettino. All three teams will battle it out for the title. The question of who gets the fourth spot remained. Both Liverpool and Chelsea tied for votes, and it reflects the relative uncertainty surrounding both teams, which I will discuss individually later. Suffice to say, both could easily be dark horses for higher in the table, depending on how things develop this season. 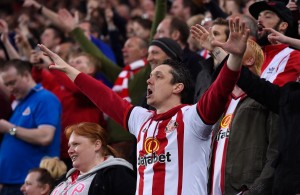 SUNDERLAND, ENGLAND – MAY 11: A Sunderland fan sings during the Barclays Premier League match between Sunderland and Everton at the Stadium of Light on May 11, 2016 in Sunderland, England. (Photo by Stu Forster/Getty Images)

Much like the top three, the bottom three were clear favorites. Burnley got the most votes, with every single writer and editor voting for them to get the drop. Hull didn’t do much better, with only one giving them a reprieve. Tough crowd. The two promoted teams haven’t raised that many eyebrows, in a good way, this summer to attract too much attention, leaving skeptics to predict them for the drop. Steve Bruce leaving Hull will certainly not do them any favors, either. As for Sunderland, there is a general feeling from last year that they just missed relegation by the skin of their teeth, and losing Sam Allardyce is a big hit to them staying up this year. David Moyes is a good Premier League manager, but many believe that Allardyce got all that he could have out of that group of players. Unless big changes come, they will be the other team dropping into the Championship.

Antonio Conte is a great cup manager. We saw that in the Euros with Italy. He can set a side up to not lose, which is essential in tournament-play. That may sound like a bit of a “no crap” statement, but there is a big difference between playing to win and playing to not lose. While there may be some lingering doubts over whether his style will transfer well to the competitive Premier League, the defensive, highly tactical way that Conte gets his teams to play lends itself very well to cups. 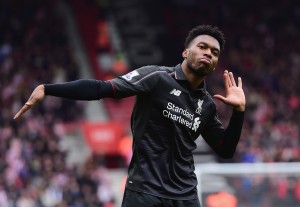 SOUTHAMPTON, ENGLAND – MARCH 20: Daniel Sturridge of Liverpool (15) celebrates as he scores their second goal during the Barclays Premier League match between Southampton and Liverpool at St Mary’s Stadium on March 20, 2016 in Southampton, United Kingdom. (Photo by Alex Broadway/Getty Images)

Unlike the FA Cup, this was more split. Liverpool were selected with a grand total of two votes. That’s how spread out this decision was. That’s the League Cup (now also known as the EFL Cup). The consensus on the Liverpool vote was that the lack of Europe will allow Liverpool to focus on the league and domestic cups, unlike the other teams vying for the top four, who will have Europe to contend with as well. This will give them an advantage since they will be able to have more of a mix of backup and starters in the League Cup.

Player of the Year: Sergio Aguero

This category was a funny one, because of all the players in the Premier League, only two got votes. Ultimately, Sergio Aguero got more votes, but it was close between he and Harry Kane. The Kane votes expect him to continue where he left off last season. The expectation for Sergio Aguero, however, is that he will absolutely flourish in the system that Pep Guardiola will set out for Manchester City. The only question mark over his head, as with every season, is how often will he stay fit? If Aguero can start in only a few more games than last season, look out. He’ll reclaim his spot as the top goalscorer in the Premier League. 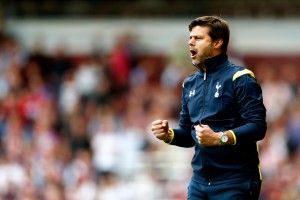 Manager of the Year: Mauricio Pochettino

This was another close race. Much like the League Cup category, Pochettino won with two votes, which shows the staggering level of quality in the Premier League where managers are concerned. Among the votes were shouts for Klopp, Guardiola, and Mourinho, among others. Ultimately, though, Pochettino got the nod, which makes sense when you consider that they were the only team to not be voted to finish outside the top four. If this Spurs squad play like they did for much of the season last year, it will be difficult to predict just how high they could go. They have a great balance of attack and defense, with just enough graft to keep other teams honest. A lot of that praise must go to Pochettino, and this could possibly be the year they reap the benefits.

Breakout Player of the Year: Tied between Leroy Sane and Reece Oxford

The two standout votes here were Leroy Sane, the big money signing for Manchester City, and Reece Oxford, the homegrown defensive talent for West Ham. These two players could not be any more different, but both are set to snag the headlines this season. Sane had an incredible season in the Bundesliga last year, showing an incredible level of attacking talent that had teams lining up to sang him for their own. The pacey attacker, who can play anywhere across the front, was involved in 14 goals for Schalke last year, which is a great return for someone who just turned 20. On the other hand, Oxford became the second youngest starter in Premier League history last year against Arsenal and put in a Man of the Match performance, having the game’s highest passing accuracy at 95% and lost possession only once. Let that sink in. Against Arsenal, a team that worships possession, he had the highest passing accuracy. Big things are predicted from this kid, and West Ham will do well to scare away as many teams sniffing around for the talented teenager. 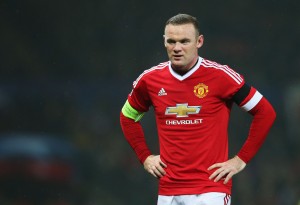 Most Disappointing Player: No clear “winner”

This was the strangest category. We were unable to come to a consensus on which player would be considered the biggest disappointment of the season. Part of that may be the negative nature of the category or that there may be multiple disappointments or it may be which fits into the personal narrative you predict for the season. Votes for big name players like Granit Xhaka, Alexis Sanchez, or Wayne Rooney were expected, as much is expected of them, while Sadio Mane and Jamie Vardy were also voted to not live up to expectations. It is particularly telling that Arsenal are more represented in this group, especially considering that the two players named are two players that are expected to be their most important. That could be just how Wenger likes it, though. Perennial underdogs, but perennially in the Champions League.

This was another very close category, and an especially interesting one. Both Leicester and Arsenal were in the mix for most disappointing team as well, but it is interesting that Liverpool are considered to be more disappointing, even though they are expected to challenge for top four and possibly win a cup. This all comes down to a mix of expectation from the level of play (and getting to two cup finals last year) and the perceived inconsistency throughout the team. The expectation is higher because on their day, they have played great. On the other hand, there is potential for them to not even break the top six, should they play at their worst more often than not. It is an interesting dichotomy displayed in this team that Jurgen Klopp will be hoping to train out of the squad. The lack of big name signings also leads to a sense of lack of growth and a lack of excitement that leaves some doubting they will build on last year. 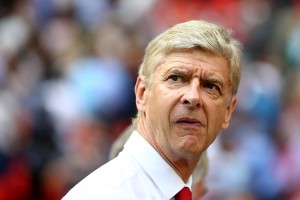 Shock of the Year: Arsenal fall out of the Top 4

Not a lot of love for Arsene this year, it seems. When it came to the discussion for top four, it is shocking that they only received a single vote. There is not a lot of confidence in this Arsenal team and a manager who many fans believe has seen his best days pass by. Part of the issue is that they haven’t seemed to address most of their key weaknesses this summer. While they picked up Granit Xhaka, who should be a solid addition to their midfield, there is still a lot of worry about the quality of striker at the club, as well as their defense. With an early injury crisis already brewing at the London club, there is concern about the depth of the squad and the damage that a poor start to the season can do. Is this the year that Arsenal drop out of the top four?

What is interesting about these predictions is that it shows the underlying trends that fans are thinking ahead of this season. Let’s be honest, we may be writers for this site, but we’re fans of the game, first and foremost. It’s why we got involved writing in the first place: because we love talking about soccer. We are able to identify a few of these trends, like the uncertainty surrounding the Manchester clubs, Liverpool, and Chelsea, while it also shows an interesting lack of excitement for Arsenal. If you are looking for more specialized focus into specific teams, stay tuned. We’ll be having team previews shortly.