With the Premier League season winding down, we can start to look back and evaluate the season. One of the perennial favorites is who were the best transfers this Premier League season? Who validated their new manager’s trust in them the most? Well, there were plenty of players this year, but 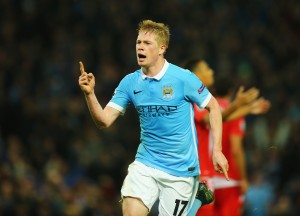 ultimately, it came down to five fighting for the top. Do you agree with our picks? Did we leave anybody deserving off the list?

This was a tough choice between De Bruyne and Anthony Martial for who was the 5th best transfer in the Premier League this season. Ultimately, it came down to who’s absence hurt their team the most. Without a doubt, this was De Bruyne. When De Bruyne was injured, Manchester City hit their worst form of this Premier League season and it was only when he came back from injury that they truly turned it back around, mostly.

While Martial is very important to Manchester United in the sense that he has scored many of their goals (nearly a quarter of their seasonal total), he didn’t make their overall play better. This is where he falls behind De Bruyne. 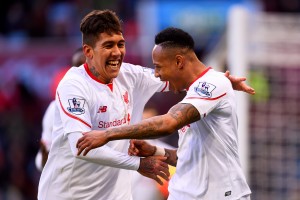 Roberto Firmino may have started life in the Premier League slowly, but when he’s in form, he’s one of the league’s best players. Despite struggling early on, he has notched up 10 goals and 7 assists in a team that, until the turn of the new year, was devoid of attacking verve.

His one flaw, that keeps him from being higher in this list, is that he can go missing in games. He will often rectify this by announcing himself in the game with a goal or a quality pass or bit of skill, but there are a few games where he just didn’t show up. If he can continue to settle into the league, and work on his consistency as a player, he will be quite a scary player come next season. 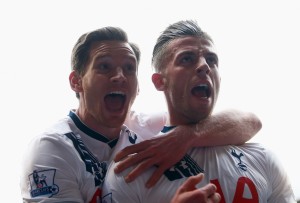 It is too rare for a defender to receive personal acclaim for their performances. The fact that Alderweireld was named Tottenham’s Player of the Season shows just how good he has been. Between Vertonghen and himself, Tottenham have had the best defense in the Premier League, and he has been a large part in their massively successful season.

He has been a cool head at the back, but has also provided four goals and two assists this season, which is great for a centerback. When you also take into account his relative youth for a centerback, at 27, and you can see how much of a bargain Tottenham got when they snatched Alderweireld out from under Southampton’s nose. Maybe not as much of a bargain as the next guy, though…

Nobody expected him to become a cornerstone in a league-winning team. With his defensive partner, Wes Morgan, Huth would create a compact, aerially savvy defense that was a massive part of the title charge in the second half of Leicester’s season. He may be on the wrong side of thirty, but for £3m, what a steal. 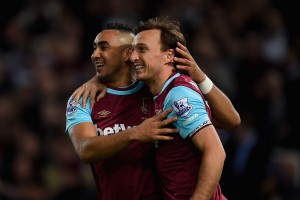 He’s at the top of the list for his free kicks alone. The best free kick taker in the Premier League since Luis Suarez in the 2013/14 season. Okay, getting that out of the way, Payet has also nine goals and twelve assists in the Premier League this season. That’s an incredible return for a player that many thought was something of a forgotten man. This season, however, Payet ripped the league open, helping West Ham fight for a potential 5th place finish.

Not only does he act as a viable goal threat for West Ham, he is also a valuable outlet that helps the team transition from defense to attack at a lightning pace. Along with Lanzini, and a few other players, Payet has helped to transform West Ham from a typical, classically-English hoofball team to a fast attacking, hard hitting bulldozer of a team. For £10.7m, you can’t beat that level of influence.