The FA Cup is now in the fifth round proper just two rounds away from reaching the semifinals and there are surprises that still remain in contention for the Cup. Hull City, Reading, Leeds United and Blackburn Rovers remain from the English Championship and the biggest surprise thus far is certainly Shrewsbury Town, who competes in the third division of English soccer (League One).

Not to mention, we have teams from the Premier League that are not doing so well in their domestic league such as Crystal Palace, Chelsea, West Bromich Albion and Bournemouth, who are occupying spots 12-15 respectively.

We will examine the teams and we will predict who (if any) can pull off what West Ham did in the 1979-1980 FA Cup, and see a second division club win the FA Cup or will we see another Wigan and have an FA Cup winner relegated in the same season?

Let us first start with the lower position Premier League teams as they would be the more viable ones to make a run to the final. Each team has a certain quality to them that could see them make it to Wembley, but realistically there’s one team that’s been there before and is in desperate need of a trophy after what has been a disastrous season. That would be Chelsea. 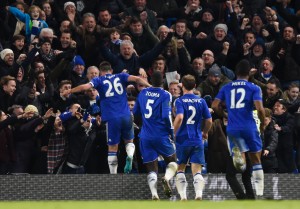 After José Mourinho led the team to an awful start, Chelsea has played better football and has a great squad with them that could go toe-to-toe with some of the bigger clubs left in the competition, especially if they were to face Arsenal. Out of the other teams that are in the Prem, I would give the edge to West Brom as Tony Pulis has been to the final before, in 2011 with Stoke, and it looks like all of West Brom’s focus would be (besides on not getting relegated) to win the FA Cup.

As for the lower league sides, as much as we would love to see a Cinderella story happen with Shrewsbury Town, the reality is that it is probably not going to happen.  Meanwhile, looking at Reading, Blackburn Rovers and Leeds United they don’t look like the appetizing choices to win any titles either as they sit in the bottom end of the Championship table. However, it is important to note that Leeds United does have the easier game out of the three as they face Watford, who has lost four out of their last six Premier League games so they are coming in limping into this match. Look for that game to be a potential upset in the making.

Of course, the easy choice would be to pick Hull City to make a lengthy run to the final, with them being in second in the Championship and having the second best offense in the league with 45 goals scored. But the fifth round could be a blessing and a curse for the Tigers, as they face the defending back-to-back FA Cup champs Arsenal. 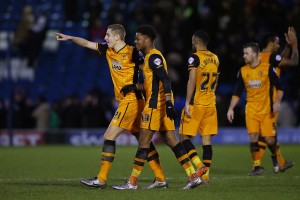 during The Emirates FA Cup fourth round match at between Bury and Hull City at Gigg Lane on January 30, 2016 in Bury, England.

The curse is that well … they have to face Arsenal, which is never an easy task (ask the Hull that blew the lead to lose the FA Cup final to the Gunners in 2014). The gift? Arsenal faces a lot of schedule congestion with the Champions League against Barcelona three days after the Hull game, and they are in a title race desperately trying to get back on track after slipping from first place to third place, being five points down on Leicester. Arsenal will most likely give their starters rest with so many games being played and with a tough match looming in the Champions League. So look for Hull to attack often and try and catch Arsenal off guard.

Will we see a winner come from the lower divisions? Probably. Probably not. But that is the beauty of the FA Cup, as we might see a team like Arsenal, Tottenham or one of the Mancuinan teams win or we might see history be played out and see the West Ham of the 1980s come to rise right before our eyes.