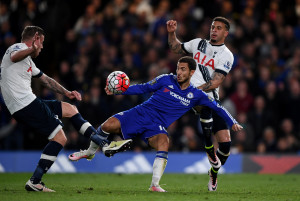 LONDON, ENGLAND – MAY 02: Eden Hazard of Chelsea battles for the ball with Toby Alderweireld (L) and Kyle Walker (R) of Tottenham Hotspur during the Barclays Premier League match between Chelsea and Tottenham Hotspur at Stamford Bridge on May 02, 2016 in London, England.jd (Photo by Shaun Botterill/Getty Images)

Chelsea have won 13 games on the bounce, which is incredible on its own. Tied with the Arsenal “Invincibles,” Chelsea can break a record for most consecutive wins in the Premier League era with a win against Tottenham. With Liverpool dropping points against Sunderland and Manchester City dropping points against Liverpool, Chelsea have a sizable lead over their rivals. They are now cranking out results at a near unparalleled pace. Tottenham have a real challenge to get anything out of this matchup, but they may be uniquely suited to defeating their London rivals.

It all comes down to a combination of Tottenham’s style of play and their players. Key to this is Tottenham’s ability to press their opponents in a way that is second only to perhaps Liverpool. Their energy, fitness, and tenacity allows them to defend from the front and control games, even when they don’t have the ball. This skill will be essential to being effective against Chelsea’s potent attack and powerful midfield.

This season, Chelsea have thrived on controlling how they are pressured through a clever setup that creates diamonds throughout the defense. This causes their defenders to consistently have an option on the ball, which has led to them having the best defensive record in the league. This won’t change against Tottenham, but it won’t be as safe of a strategy due to the quality of the Tottenham press. Unlike other games, Chelsea will have barely any time on the ball in their defensive third, and lingering on the ball for too long risks losing the ball in dangerous areas. This nullifies the tactical defensive stability that Chelsea have gained through the new formation under Conte. It also pins Chelsea back, forcing them to focus on defending, rather than getting the ball to their attacking trio. 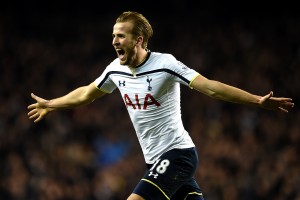 That tactical stability is still backed up by very talented defenders. Even if they can’t play exactly the way they want, Chelsea can still call on a very solid backline. This is where Tottenham can take advantage again. While they may have scored the least goals of the top five, Tottenham have a knack for scoring important goals and have begun scoring for fun recently (13 goals in their last four games). With luck, Tottenham may just have enough fire power to take down Chelsea.

Finally, Tottenham have a defensive record that is only beaten by Chelsea, who have allowed one less goal. This is important because Chelsea have been adept at picking off their opposition when they switch off, especially title rivals. This was clear to see in another high pressing, attacking team, Manchester City. City were beating them in possession, passes, shots and field position. Everything about that game should have led to a massive Manchester City win. Instead, Chelsea coolly picked them off, beating them 3-1. 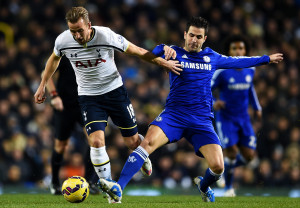 LONDON, ENGLAND – JANUARY 01: Harry Kane of Spurs battles for the ball with Cesc Fabregas of Chelsea during the Barclays Premier League match between Tottenham Hotspur and Chelsea at White Hart Lane on January 1, 2015 in London, England. (Photo by Michael Regan/Getty Images)

Unlike Manchester City, Tottenham are nearly as defensively stingy as Chelsea, while also maintaining their high pressing style. This bodes well for them, as it shows that they can keep up the pressure and defensive stability for the full 90 minutes. This cannot be overstated in importance. Chelsea, when given chances, take them this season. They have become the most ruthless team in the league, possibly in the world, when it comes to taking advantage of any chance they get. If Tottenham allow them that chance, they could find themselves behind.

Today’s match up between the two London rivals was always promising to be a heated affair, especially after last season’s card fest. With so much on the line this time, though, Tottenham may finally get one over the league leaders, putting to end a run that could end the Premier League race prematurely.