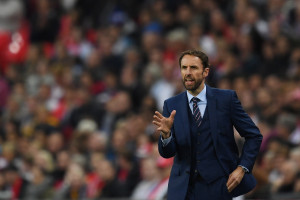 Gareth Southgate has now equaled Sam Allardyce’s incredible record as England manager with a convincing win over Malta. With two solid goals, which could have been even more if not for Malta’s goalkeeper, and the lion’s share of the control of the game, the questions are starting early. Should Gareth Southgate take charge of England full-time?

To be fair, England looked very good, but it was against Malta, a team they were expected to not only beat, but dominate. They were successful in this aim, but it is important to maintain perspective. While we cannot endorse the possibility of hiring Southgate right now, what are the options? There are eight more games left in England’s World Cup qualifying chase, ranging from today (where they will take on Slovenia) to October 8, 2017 (where they will play Lithuania). This gives the English FA a lot of time to consider their options. Specifically, if the FA decides to go with a different option than S0uthgate, they will have over half the qualifying games after this current Premier League season. 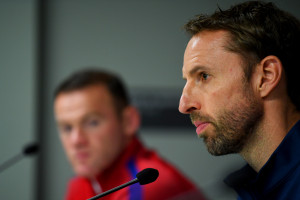 Let’s look at the benefits of Gareth Southgate taking over. As a former professional, Gareth Southgate can speak from experience when dealing with his National Team players. While not all top league managers are former players (Jose Mourinho comes to mind), it certainly gives them an edge when coaching players. Southgate also has been managing and coaching in some capacity since 2006, giving him a decade of experience and knowledge of working within the English setup. He was even rumored to have been tipped for the England job after Hodgson left, before claiming that he was not interested in the job.

One distinct advantage that Southgate has over any of the other choices comes from his time working with the England youth set up. See, England has one of it’s youngest squads in a long time. Many of these players have worked with him in some form, which gives Southgate a unique experience with his new charges. Finally, Southgate has shown a willingness to court controversy by facing the Rooney conundrum head on. While he shouldn’t get the job solely off the back of this action, it’s a promising sign. 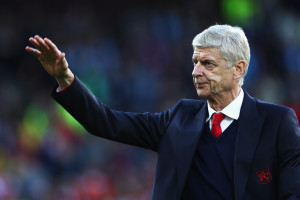 BURNLEY, ENGLAND – OCTOBER 02: Arsene Wenger, Manager of Arsenal waves to the fans during the Premier League match between Burnley and Arsenal at Turf Moor on October 2, 2016 in Burnley, England. (Photo by Matthew Lewis/Getty Images)

If the English FA choose to not go with Southgate, what are their alternatives? A big one is Arsene Wenger. There is no denying he has been approached before, is keenly admired by the FA, and is a fan-favorite to take over. He seems to be a solid pick for the job, with international management covering for some of his weaknesses as a manager, specifically dealing with transfers. It even falls into the perfect time in his career. His contract with Arsenal ends after this season, and there seems to be a need for a change at the London club. Seeing out the rest of the season and leaving to applause may be the best-case for both parties. Southgate would remain in charge for the next three games, and Wenger would take over for the June 10, 2017, Scotland game.

There are certainly other alternatives to Wenger and Southgate. One that hasn’t been mentioned too often is Rafa Benitez. The current Newcastle manager may have only taken over the club and was relegated last season, but you cannot blame that on the Spaniard. You cannot argue that Benitez is a great cup manager, winning the Champions League, Europa League, UEFA Cup, Coppa Italia, FA Cup, among others. He knows how to coach a tournament. The question over his head, though, is would he be willing to leave Newcastle, and the chance to build something interesting? 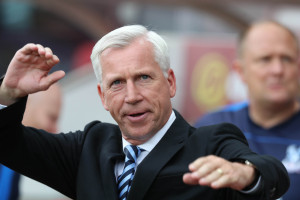 If the FA decide to go the “England should be managed by the English” route, Eddie Howe or Alan Pardew are two solid, if not uninspiring choices. Eddie Howe would be more ambitious, going off of what he has accomplished at Bournemouth, and has the potential to have the England job for years. Much like Benitez, would he want to leave Bournemouth now? Also, would he want to take over England at this stage in his career, when there are arguably more glamorous jobs that could be his in the short term? Alan Pardew, on the other hand, represents a safe pair of English hands that wouldn’t necessarily ruin England’s chances, but you also can’t really see England winning the World Cup or the Euros. He’d certainly take the job, if asked, though he really doesn’t offer much more than Southgate.

Ultimately, Southgate deserves this chance to stake his claim on the England job. He will most likely have the next three games, or until the summer of 2017, to prove that he deserves the England job. At the end of that time, if he does well enough, and even wants the job, we’ll see where the chips fall.