Leicester City’s surprise run to the Premier League title took everyone by surprise last year. A year removed from their historic achievement, they have taken quite a step back. Or more appropriately, they have gone back to the form everyone thought was inevitable. Title defenses are difficult, and Leicester is finding out the hard way how big of a target is painted on the champions backs. The club sit just one point above the drop zone, thanks in part to their 3-0 defeat to Manchester United.

The defending champions are in real danger of relegation. With rumors swirling that coach Claudio Ranieri has lost the dressing room, things look to get worse before getting better. While this is no comfort to the Leicester faithful, this type of capitulation from a defending champion is hardly new. We take a look at a few teams whose championship encore fell remarkably flat. 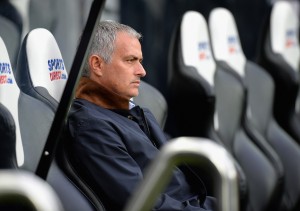 In 2014/15, Chelsea ran away with the Premier League, and this season they look set to do it again. Sandwiched in between those two seasons, however, was a spectacular failure of a season. Before Leicester’s current campaign, the London side had the distinction of being the worst title defense in the Premier League era. Jose Mourinho, who looked unstoppable the year before came crashing down to earth. It was another case of Mourinho’s third year in charge of a club ending in disaster.

Chelsea finished 10th but was as low as 16th at numerous points throughout the calendar. Mourinho didn’t make it to Christmas and was replaced by Guus Hiddink. While Mourinho had lost control of the team, there were star players, like Eden Hazard who had career worst performances. Unlike Leicester, Chelsea still had the makings of a strong side. Their current form is a good indication of that. However, for one year, they had a stretch of matches where they could do nothing right.

Much like Leicester City, Blackburn were somewhat unexpected champions. They had won before but it was 81 years since they had tasted top flight glory. Thanks in large part to the heavy investment from a local businessman, Blackburn nicked the title by a single point in 1995.

Manager Kenny Daglish opted for a promotion to the Club’s Director of Football, leaving Ray Harford as manager. Harford found life difficult and spent most of the season in the bottom half of the table. The club was also dropped out of the Champions League group stage. Fortunately, the club managed a top half finish thanks to Alan Shearer finding some absurd goal scoring form. If Jamie Vardy could get as hot as Shearer did (he scored 31 that season), then there might be hope for Leicester still.

Aston Villa ended a 71-year title drought in 1981, but like so many teams, the grind of European fixtures took their toll. The West Midlands club flirted with relegation for much of the season. They went through a managerial change when manager Ron Saunders stepped down. His replacement, Tony Barton, fared a little better, getting Villa up to 11th. However, they finished 30 points behind Champions Liverpool.

There was one silver lining, however, that Leicester can look to for some encouragement. While struggling through their domestic campaign, Aston Villa worked their way to the final of the European Cup. In the final, they defeated Bayern Munich. It would be a huge task for Leicester to repeat that feat, but they’re in the last sixteen now, and anything is possible.

Saving the best, or worst if you will, for last. Manchester City in 1937/38 holds the dubious distinction of being the only English team to be relegated the year following a title win. Oddly enough, that City side couldn’t stop scoring. They topped the league’s goal charts that year, but a woeful defense saw them finish 21st.

Following that season, the English game was put on hold due to the outbreak of the second World War. Though, The Citizens would earn promotion back to the top-flight in 1946/47 when the league resumed. That infamous failed title defense will live on in memory, however.

Leicester is in real danger of joining the 1937/38 City team if they’re unable to get things under control soon. Joining City as the second member of the relegated champions club is something no one wants. Except maybe City, who wouldn’t mind some company.