In an effort to avoid relegation and the pitfalls associated with it, many clubs bring in new managers. The Premier League is unforgiving and clubs can get desperate around the new year. This season, Hull City, Swansea City and Crystal Palace have all handed the keys over to new managers in the past two months. Other clubs like Sunderland and Leicester City are opting instead to stay the course.

The idea here is that a new manager will provide a spark of inspiration. With so much riding on staying up, many clubs are desperate to try anything. The three men in the spotlight at Hull, Swansea and Palace are remarkably different. They all came into situations under less than desirable circumstances and were asked to do a difficult job. Paul Clement, Sam Allardyce and Marco Silva are the three men tasked with keeping three of the worst clubs in the Premier League safe for another season. 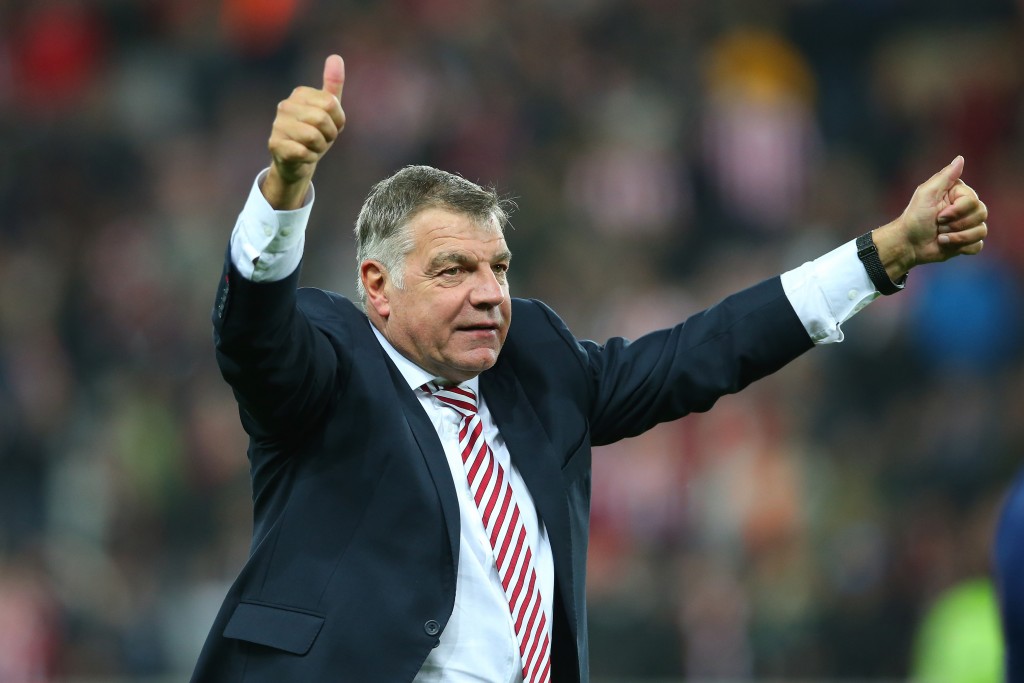 SUNDERLAND, ENGLAND – MAY 11: Sam Allardyce, manager of Sunderland celebrates staying in the Premier League after a victory. (Photo by Ian MacNicol/Getty Images)

Allardyce is the big name of the three. Last season he took over Sunderland midseason and guided them to safety at the expense of bitter rivals Newcastle. After a brief, but memorable summer stint as England manager, he was once again looking for work. After Alan Pardew’s disastrous start to the season, Palace looked to Allardyce. The Englishman has a history of saving teams from the drop. This season, however, has been another story. Allardyce only has one league win since taking over in December.

The low point in Allardyce’s short tenure at Palace is certainly the 4-0 defeat to Sunderland. Getting beaten so comprehensively by his former club had to hurt. More importantly, Palace needed points to distance themselves from Sunderland who is also facing relegation. By the end of the match,  both sets of supporters booed “Big Sam”.

Palace sit in 19th at the moment, level on points with Sunderland. Allardyce hasn’t been much help to the London side, but in his defense, he doesn’t have a team that seem capable of remaining in the top flight. Palace is in shambles at the back and Allardyce had little time to prepare for the January transfer window. Regardless, the former England boss was brought in to do a specific job and it’s not looking good. Further compounding his problems is that Hull City and Swansea City have seemingly found success with their new managers. Oddly enough, neither one has any prior Premier League experience.

[link_box id=”23195″ site_id=”158″ layout=”link-box-third” alignment=”alignright”]Clement and Silva were viewed as gambles when they were hired. In contrast to Allardyce, who was considered a steady hand who could lead a team out of the bottom three. In reality, the two managers have been surprisingly well suited to the job.

Since taking over, both managers have slowly started improving results. Clement even managed to pull Swansea out of the bottom three. After the failed the Bob Bradley experiment, Clement brought some of his experience working with Carlo Ancelotti to Wales. Since he was announced, Swansea have beaten Southampton, Liverpool and Crystal Palace. Clement’s side nearly hung on for a draw against Manchester City this weekend as well.   The Swans are playing with renewed vigor under the former Bayern Munich assistant, and it’s showing. A big match with Leicester this weekend would do wonders for the chances of staying in the top flight next season.

Swansea are sitting level on points with Hull City. The Tigers have also been a resurgent club under their new boss. Silva is the shortest tenured manager on this list, but he’s already made some impressive changes at Hull. A renewed focus on defense and longer training sessions gives Hull a more polished look on the field. It’s resulted a few very impressive performances. Beating Liverpool 2-0, for example, is a mighty feat and huge confidence boost. Even after losing Robert Snodgrass to West Ham, Hull managed to string together a few solid results. After the Liverpool win, Hull has kept two consecutive clean sheets. They managed to hold Manchester United to a scoreless draw last week.

The season moves on for all three teams, and relegation still looms large. For Allardyce, it’s about drawing on his experience to save the club and his reputation. Meanwhile Clement and Silva continue to show that Premier League expertise is not a prerequisite for success. However, none of the three managers are out of the woods yet. We won’t know until May who will have the last laugh. Or if anyone will be smiling at all.