Man in the middle: Michael Oliver draws the plum assignment for this one, and fans will note that Liverpool is 4-0 in matches he’s worked this campaign. United, if you’re curious, is 1-1.

Wazza watch: Wayne Rooney has a chance to make a bit of history this weekend. He has a chance to break Sir Bobby Charlton’s club goal scoring record against Liverpool, and should he play, he’ll become the 21st player to appear in 450 Premier League matches.

The Blues visit Leicester on Saturday, so it’s possible that gap could be eight by the time this match kicks off. 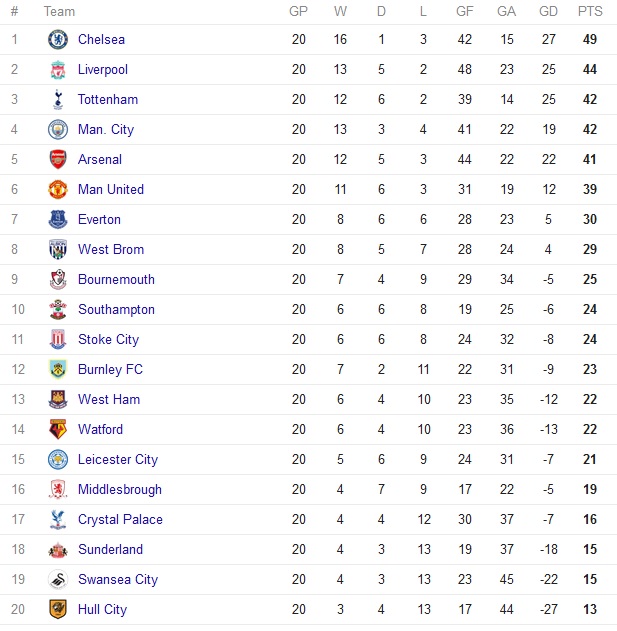 Team news: United striker Zlatan Ibrahimovic missed the FA Cup match against Hull City with an illness, but is expected to be at full strength. Eric Bailly is away on African Cup of Nations duty, but Marcus Rojo could return from a shoulder injury.

Liverpool’s Sadio Mane is also away for the Cup of Nations, but Philippe Coutinho should be ready to return from his ankle injury to spark the midfield. Jordan Henderson and Joel Matip are back in training, and could also feature.

“But looking to this match, I think he wants to play the game as much as I want. He is as much motivated as I am. I’m not sure if he is so calm as I am. But, you know, it is just one more big game in our careers.” — Manchester United manager Jose Mourinho

They said it, part two: “I hear it in your questions, I hear it when I talk to different people, because of our last game (the 1-0 defeat at Southampton) it is like ‘Oh my God — and now it is Man United’ but give me 11 players and we will be competitive.

“I know how they (players) react to not-that-good performances. It is not about being confident before the game, it is about getting confidence in the game with the right kind of movements, right kind of defending.” — Liverpool manager Jurgen Klopp

Analysis: It has to be a better affair than that drab 0-0 show at Anfield back in October, right? If for no other reason than the fact that Mourinho’s side has won nine straight in all competitions and are likely to have a little more interest in attacking than it did in the last meeting.

Expect more of an open contest, particularly if Chelsea win on Saturday. United will have the confidence to come out and play and Liverpool is always ready for an end-to-end battle.

Coutinho’s return is important. It softens the blow of Mane’s absence and, if he’s healthy, provides the sort of creative spark that turns losses into draws. The form guide matters here, though, and it’s hard to see Mourinho and United letting this chance to re-enter the top four go by the wayside.