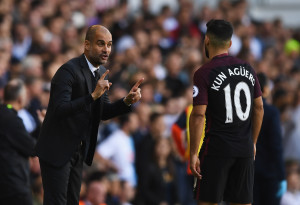 The shock result of last weekend, for many, was Tottenham defeating Manchester City in a thrilling 2-0 win over the previously untouchable league-leaders. More importantly than just winning the game, though, was the style in which they did it. Manchester City had their periods of being threatening, but Spurs largely controlled the game. The question for us now is, has Tottenham shown the rest of the league how to beat Pep Guardiola’s Manchester City?

First, let’s break down what Tottenham did that helped them do so well. The key feature of Tottenham’s gameplan to go up against Manchester City was to feature a heavy and relentless press. Specifically, by pressing Manchester City’s back line and midfield and playing with an aggressive high defensive line, Spurs were successful in cutting off the supply line to Manchester City’s dangerous attacking players, choking the life out of their game. This had the added benefit of exposing Manchester City’s relative weakness in defense, giving Tottenham more time in dangerous areas. 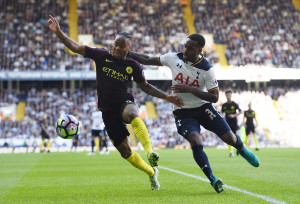 Another strategic advantage that the high press gave Tottenham is that it allowed Spurs to constantly test Claudio Bravo, who had a good game for a keeper that let two goals in. In total, he faced 14 shots, with nearly all of them being on target. He also saved a penalty. All that said, there are still massive question marks over how Bravo will adapt to this league, and Tottenham were determined to find out. Bravo is an amazing keeper, but the problem is that he is a great keeper for teams that are on top and stay on top. He can make a great save when called upon and keeps his focus throughout the game, even if he is only tested once every 40 minutes. He can play with the ball at his feet and is comfortable under pressure. Where he will struggle is when Manchester City aren’t the undoubtedly best team on the pitch and he is facing shot after shot, like Tottenham did or like what happened against Manchester United when he made that costly error.

Finally, Tottenham were able to withstand the surge from Manchester City. What this means is that Manchester City go through a period of time in each game where they look unbeatable. They are everywhere on the pitch, the keep hold of the ball, and are constantly threatening the goal. Luckily for opposing teams, this surge of ability doesn’t last the entire game. In every game they have played, we have seen this sudden burst of control from Guardiola’s men, but it will come in 10-15 minute periods and then die down. Any team that wants to beat Manchester City needs to survive these bursts, either by getting goals while they are not surging or by finding a way to consistently keep them off of their game. 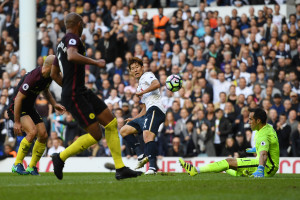 This may feel like reading a lot from a single game, but it’s not the first time that we have seen shades of this blueprint working against Manchester City. One notable example is the September 24 Swansea league match. Even though it ended in a 3-1 win for Manchester City, the first half of the game ended in a draw. In that half, Swansea were following all three of the style points that work against Manchester City. They took the game to City, instead of sitting back. They tested Bravo, with seven shots in the first half. They withstood the storm enough that they were still in the game at halftime. Where things fell apart for Swansea was that they couldn’t keep up the press the whole game. Much like their recent match against Liverpool, Swansea tired in the second half and collapsed under the pressure of Manchester City’s attack, conceding two more goals in the second half.

Learning from these two examples, we can start to learn some important lessons, especially for any team hoping to win the league this year. The three key points (high pressure, testing Bravo, and keeping it together when City grow into the game) are immeasurably important if you want to get points out of a game against Manchester City. Spurs may have just opened the title race wide open.