USWNT forward Abby Wambach has said in an interview following a training session that she believes that if the Women’s World Cup were to be played on grass, the United States would have more goals scored.

“In the previous game, I don’t lay out and commit to those headers and that’s why they glance off my head rather than me contacting them. For me, I definitely think that the U.S. has more goals if we’re playing on grass,” Wambach said after the USWNT’s Saturday training session. 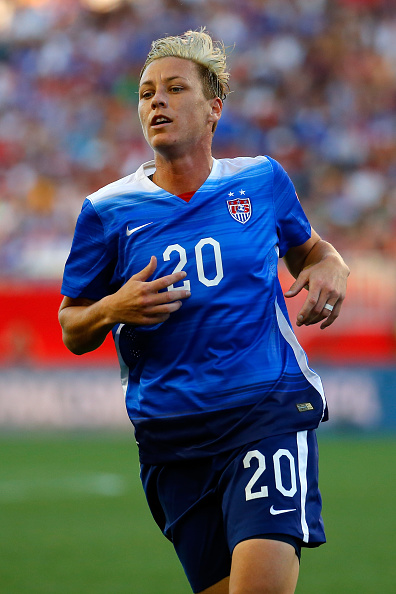 WINNIPEG, MB – JUNE 12: Abby Wambach #20 of the United States looks on in the second half against Sweden in the FIFA Women’s World Cup Canada 2015 match at Winnipeg Stadium on June 12, 2015 in Winnipeg, Canada. (Photo by Kevin C. Cox/Getty Images)

Wambach had a great chance in Friday’s game against Sweden, she came in as a substitute in the 67th minute, where she tried a header on net that bounced off the turf and went over the goal in what was one of the USWNT’s best chances.

She added, “The ball as it comes off my head against Sweden hits a dry turf and bounces higher. If it hits grass, it’s harder for a goalkeeper to react, so if the ball bounces higher the goalkeeper has more time to react off the turf.”

“I’m throwing my body, I’m not worried about anything,” she said. “There’s no second-guessing.”

The abrasive nature of the turf, and the toll it takes on the players, has been the focal point of the lawsuit that a group of players brought against FIFA and the Canadian Soccer Association before the start of the Women’s World Cup. The lawsuit has since been dropped.

The turf has been an issue so far with the World Cup already a week in and there have been complaints about the injuries it causes, and not to mention the extreme temperatures it creates, there is one report that stated the on-field temperature reached 120 degrees Fahrenheit (49 degrees Celsius) during one game.

But when asked about the difficulty that the U.S. has had up to this point and how they plan to adapt, Wambach said that the team has to overcome any obstacle, whether it is a tough opponent or a rough field.

“Championship teams are the team that are able to deal with all things, in all moments, in all sorts of ways,” the U.S. striker commented.