After 17 years in the role, FIFA president Sepp Blatter is stepping down. It was announced today in a conference in Zurich, Switzerland. In a brief statement following the announcement, Blatter said he would “organize extraordinary congress for a replacement”. He has also called for “a limitation on mandates and terms of office”. What this announcement means for the United States’ investigation into FIFA’s corruption and the 2018 and 2022 World Cups is yet to be seen.

The congress to choose Blatter’s replacement as FIFA president is expected to be held between December 2015 and March 2016.

One must also wonder why Blatter is making this statement now and not a few days ago during the election. While we can only speculate at this current juncture, by stepping down as FIFA president, Blatter will be able to organize the group picking his replacement. By selecting the congress, Blatter can essentially hand pick his replacement. This would not have been the case had he stepped down prior to or during the election.

From this announcement, we can also garner that Blatter’s position has potentially become untenable. Whether enough evidence has been stacked against him to draw him directly into the case the United States is building against FIFA or he is acting as a fall guy for the rest of FIFA, he certainly not stepping down out of the goodness of his heart.

So where does FIFA go from here? The first steps taken will be to make some symbolic gestures towards weeding out corruption. This will be term limits and some increased visibility. It is important to note that Blatter will still be involved in the FIFA organization, just in a different capacity. He will seek to take on a role that will focus on reforming the structure of FIFA, of which nothing will be off the table. We should be suspicious of this. Dare we trust Blatter, under whom’s watch this rampant corruption took place, with restructuring FIFA? 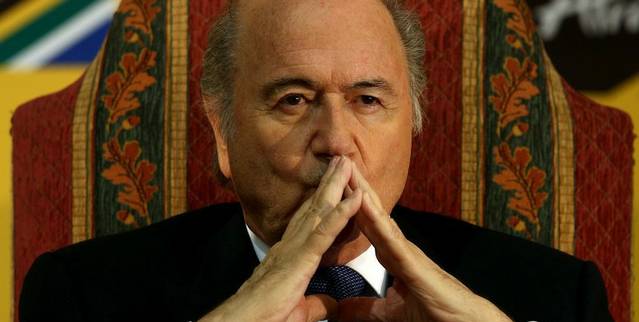 I’m not so certain.

If they desire to make real progress in PR, full cooperation with the investigators will be necessary. Simply put, the “fundamental changes to the way the organization is structured”, as chairman of the FIFA audit and compliance committee Domenico Scala put it, will not be enough. If FIFA only makes changes to term limits and gives the investigators a few sacrificial lambs, we’ll be in the same boat as before.

It would be even worse should the congress elect Blatter’s choice as president. That would look more than a little suspicious. Michel Platini or anybody seen as a FIFA insider should be avoided like the plague. The next FIFA president must be a fresh face who is open to change and organizational visibility. Will they do it, though? At this point it’s very difficult to see for sure.

FIFA is at a crossroads. One of the most important decisions they will ever make is before them. Do they waste this chance and continue as they have with a new face? Or, and I hope this is the case, do they use this as an opportunity to make real and significant changes to the organization that controls the game we love. Only time will tell, but we can only hope they make the right choice.