With 2016 behind us, we can begin looking ahead at 2017. Who is ready to take the bull by the horns and make this year their year? Who have some big question marks over their heads that need answering? Below, we have selected the five players that are worth keeping tabs on this year. Check back after the transfer window, when we’ll have an updated look with transfers in mind. 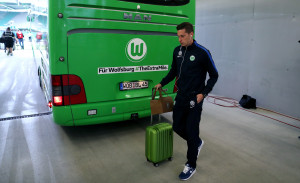 WOLFSBURG, GERMANY – SEPTEMBER 20: Julian Draxler of Wolfsburg arrives prior to the Bundesliga match between VfL Wolfsburg and Borussia Dortmund at Volkswagen Arena on September 20, 2016 in Wolfsburg, Germany. (Photo by Ronny Hartmann/Getty Images For MAN)

Recently moving from Wolfsburg to PSG, Julian Draxler is a player with a big game already, and at the age of 23 has a lot of growth left. His time at Wolfsburg may have been unhappy, but now that he has his big move to Paris, it is time to start proving himself. He is a very talented player, without a doubt, but if he fails to assert himself at PSG, he may be labeled as yet another “what if” player. 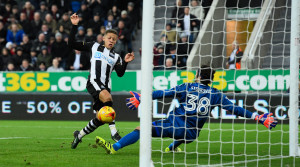 Another player with question marks over his head, Dwight Gayle is a player that has shown glimpses of ability, but not enough to keep him in the Premier League. Now at Newcastle in the Championship, he has burst to life this season, scoring 19 goals in the league. Adding in his two assists this season, he has scored or assisted a goal in each of his 21 appearances this season. Those are astronomical figures, regardless of what league you are in. At this stage, Gayle will be back in the Premier League in 2017, either with Newcastle (who seem likely to promote) or picked up by a team who needs goals. Then, it will be up to Gayle to maintain that form or reveal that he had found his level in the Championship. 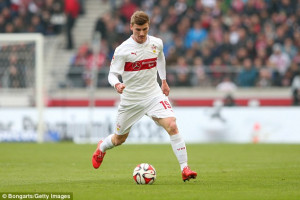 Shooting, pace, movement off the ball

At the young age of 20, Timo Werner is tied for fourth (9 goals, tied with Sandro Wagner) in goals in the Bundesliga, behind only Pierre-Emerick Aubameyang (16 goals), Anthony Modeste (13 goals), and Robert Lewandowski (12 goals). That is an incredible accomplishment and the pressure of starting for the 2nd placed team in the league does not seem to faze him whatsoever. Between his goal scoring, which has developed at an incredible pace, and his attitude, it’s clear that the player is going to be good. Just how good has yet to be seen, but one of the traits that has really impressed many in the game is his tireless work off the ball. Not content to just wait for opportunities to happen, Werner excels at making runs that either give him a great chance or open up space for his teammates. Definitely one to watch very closely over the next few years, if not months. 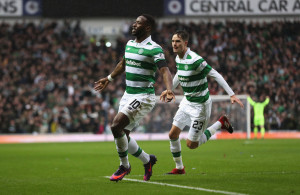 Much like Timo Werner, Moussa Dembele has exploded onto the secne this year at Celtic. While the Scottish Premiership may not be the most competitive league in the world, Dembele has performed at a level that has made him one of the top young talents in European soccer. With nine goals and five assists, he is able to both create and finish, which is an essential skill in modern soccer. When you consider that this means he has scored or assisted more than a goal every other game (.7 goals per game), we begin to see the promising depth of talent he offers. Not only is he setting the league alight, he has shown he can perform against top talent, scoring three goals in the Champions League and being named the man of the match against Manchester City. Beyond his goals, Dembele is not a tiny speedster, as many young goal machines tend to be. Instead, he stands 6 feet tall with a strong frame. All of this has led many to believe that he could be a hot commodity shortly. If he keeps this form up, Celtic can expect several big money offers for the player in the summer, if not January. 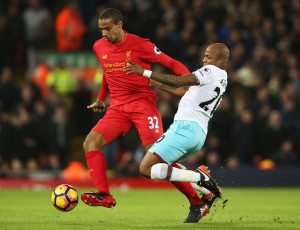 It’s rare that the 2nd place team in the league has such a consistent issue. In this case, for Liverpool, their defense has games where they are incredible (as they were against Manchester City recently) and games where they are not-so-incredible (the game against Bournemouth). That’s why Joel Matip will be such an important player for them. He has had a torrid time with injuries thus far in England, but his time in Germany and the games he has played for Liverpool have shown that he is an undeniably talented defender. Even with his oft-interrupted season at Liverpool, he has looked like he could be one of the best defenders in the league and has helped make the defense around him better as a unit. This ability cannot be overlooked, as it is one that the best defenders have: Vincent Kompany, Nemanja Vidic, Sami Hyypia, Carlos Puyol. If he can emulate those players for Liverpool, he can become the rock at the back that they desperately need; a rock, perhaps, that they could build a title-winning season on.