It couldn’t have been more perfect, having Neymar take the final penalty that would win Brazil their first gold medal in Olympic history. The man whom so much is asked by his country was the one to deliver for them.

The match against Germany on Saturday became a nationwide therapy session when Neymar sent Timo Horn the wrong way. While nothing will likely ever erase the now infamous 7-1 defeat to Germany two years ago from memory, defeating them on home soil made the country feel good again.

Brazil can now look towards the future with some degree of optimism. It is their main man Neymar, however, that leaves one difficult question left for Brazilians to ask: is this team too dependent on one player? 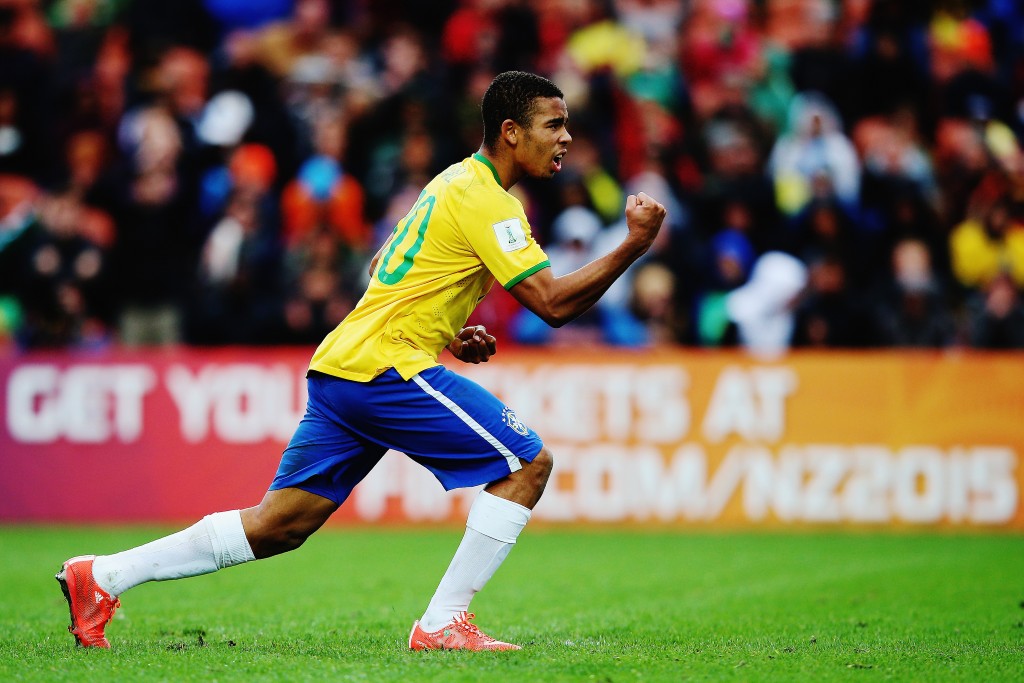 HAMILTON, NEW ZEALAND – JUNE 14: Gabriel Jesus of Brazil celebrates after scoring a goal during a penalty shoot out during the FIFA U-20 World Cup New Zealand 2015 quarterfinal match between Brazil and Portugal held at Waikato Stadium on June 14, 2015, in Hamilton, New Zealand. (Photo by Hannah Peters/Getty Images)

The Brazilian national team is filled with talent, even their Olympic squad is stocked with players very much in demand around the world. Gabriel Jesus, for instance, was being courted by some of the biggest teams in Europe before signing with Manchester City. But despite all this, the team seems built around one man, more so than any great Brazil side of the past.

Moving forward, Brazil will need to incorporate more of their young players into a system that fits they style we’ve historically come to expect from the Seleção. At times during these Olympics, Brazil had attacking flair but it almost always ran through Neymar. That isn’t a problem per se, but with the talent available to Brazil it seems strange they would be so one dimensional.

At the start of the tournament, Brazil couldn’t score. Whether it was just bad luck or the early nerves of dealing with the pressure it was concerning to Brazilians. When they finally began to score goals came in bunches. Those are the kind of performances people expect from Brazil.

In Brazil’s first win in their third group game against Denmark, Neymar was kept off the score sheet. Two goals for Gabrial Barbosa and one each for Gabriel Jesus and Luan was a good sign that they could get the job done without Neymar. The supporting cast around the 24-year-old was certainly better than what it was at the World Cup.

As the Olympics wore on, the team became much more attacking and they produced a series of strong results for their fans who so desperately wanted to win gold. That being said, there was still that feeling that losing Neymar for any reason could spell the end like in 2014. Neymar is important to Brazil, not just because he’s such a great player but because of the emotional lift he gives his teammates.

In 2014 when Neymar was injured, the resulting histrionics from the Brazil side heavily contributed to their defeat. When Pele was lost to injury in the 1962 World Cup, Brazil went on to win, but they had role players that were nearly as talented. It’s unfair to compare this modern Brazil side with the great teams of the 60s and 70s, but you can see the difference in style between the two. Brazil of today needs that swagger

Brazil will take heart from their first Olympic gold, not only because it was won on home soil but because they did so with a youthful squad that could grow together for some time. Neymar is among those young players, despite being counted as one of Brazil’s three senior players, he is still just 24. His best years are ahead of them. Saturday was the biggest night of Neymar’s life in a Brazil shirt. If he wants to have more, especially getting a sixth star on that famous yellow jersey he’s not going to be able to do it alone. He can play the starring role, but a strong supporting cast could be the difference between immortality and disaster.