The coronavirus pandemic continues, and this means that the wait goes on for a return for sport. One of these is soccer, which remains very badly affected, with the European championships even having to be pushed back a year to 2021. Despite this, it would appear that improvements are now being made and soccer could be nearing its return, alongside many other sports around the world.

UEFA, the governing body of football in Europe, recently issued a statement that they are pushing for each league to finish their seasons. However, some leagues could be cancelled ‘in special cases’. That was following a recent video meeting, that included representatives from all 55 European national FA’s, as they discussed the different ways to approach finishing their domestic seasons. And on top of this, they stated that if leagues did not finish, then this could see them forfeit their European places. That warning means virtually all leagues are now looking for all possibilities and options to finish.

However, this has not stopped leagues from making their own decisions on the situation, and on April 15th the Belgian Pro league became the first to be cancelled. They said that they would declare Club Brugge as the champions, as they sit 15 points clear at the top from second placed Gent. Remarkably, they have now said that there could be a U-turn in this decision to cancel early and they may now look for a resumption of the current campaign.

French Prime Minister, Edouard Philippe, has also now recently announced that no sport will be returning until September at the earliest, which has now led to both the Ligue 1 and 2 seasons to be cancelled. That decision has meant that PSG were crowned champions of the Ligue 1 for the third year in succession and ninth in the club’s history. Their domination of French football is clear, as they were 12 points clear of Marseille with a game in hand at the time of cancellation.

PSG are also still in the hunt for their first Champions league title this season and throughout the campaign have been supported in the markets for the title. Given their goals to game ratios, the handicap markets will be in high demand in future matches – especially as they have been near faultless on their run to the quarter finals. Furthermore, the in-play markets will likely attract some attention, especially as they’ve not really got going until later on in the first half of most matches, meaning punters can see some value as outright match odds grow with their slow starts. The big question now is whether the competition will resume this season or be cancelled? 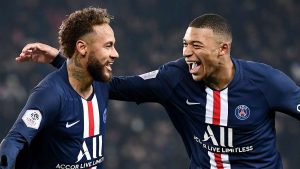 It has been a different story across many of the other big European leagues with the Bundesliga in Germany, set to be the first to resume. The country have been one of the best in dealing with the pandemic and Angela Merkel has stated that the Bundesliga will return this month. The league has been given government approval and will restart on May 15th, with the remainder of the season to be played behind closed doors. Defending champions Bayern Munich are also top of the table at present, so will certainly welcome the news that they will get to finish their domestic season. However, it is still very close at the top with just six points separating the top four sides, that includes Borussia Dortmund, RB Leipzig and Borussia Monchengladbach and it sets up for a fascinating finish to the campaign.

The La Liga in Spain have also been given the green light by the government to finish their season. The different clubs will now return to training, with each player having to take a test prior to doing so. This is despite Spain being one of the worst affected countries by the pandemic but is a positive step to the return to normality. This return to training will take place over a four week period, but no date has been given to when the actual matches will return as of yet.

The numbers in England continue to go up and it now appears they have been the worst affected country across Europe. They still appear to be pushing ahead in order to complete the Premier league season and it was recently stated they are pushing for teams to return to training for May 18th. This would see them return in small groups, but this plan has already come under reservations from a number of club doctors. It is a very important period ahead in order to finish the domestic season, with Liverpool all but set to land their first Premier league title since its inauguration.