MLS kicked off “Jersey Week” Saturday, where the majority of MLS teams will unveil new jerseys in preparation for the 20th MLS season Friday (if we start on time).

We at 32 Flags, and many other sites including an MLS affiliated Twitter account, have reported leaks on many of these new kits so a lot of these shouldn’t come as a complete shock. At the very least, we’ll see these in great detail, likely worn by a player and hear some crazy marketing explanation as to why Adidas designed what they designed. Later this week, we will have our countdown of the teams with the best MLS jerseys. Friday morning, we will count down 20-11 and Friday afternoon will count down the top ten. It’s all part of a week where we will chronicle the MLS CBA/possible player strike proceedings, other jersey reveals and our MLS season preview. Here are the teams who have released new jerseys, with more coming later this week.

Montreal revealed their new away kit on Saturday. It’s all white with light gray detail. The light fleur-de-lys gives it a nice touch. 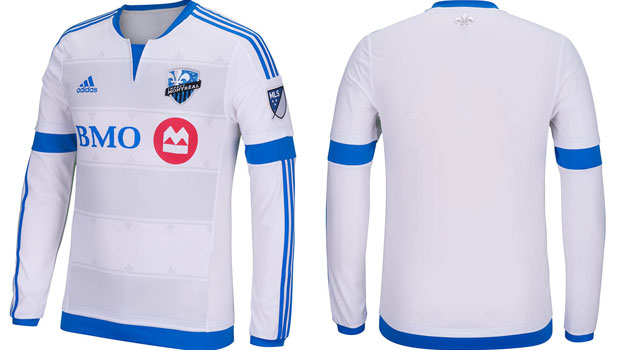 Real Salt Lake revealed their away kit Sunday and like Montreal, it was a primarily white design. Most of the detail is in the sleeves as they take the familiar blue, yellow and red colors which is in their crest. It looks rather plain but they get points for not causing the jersey sponsor to stick out like a sore thumb as well as the easter eggs (“The TEAM is the star” slogan on the collar) incorporated in the jersey. 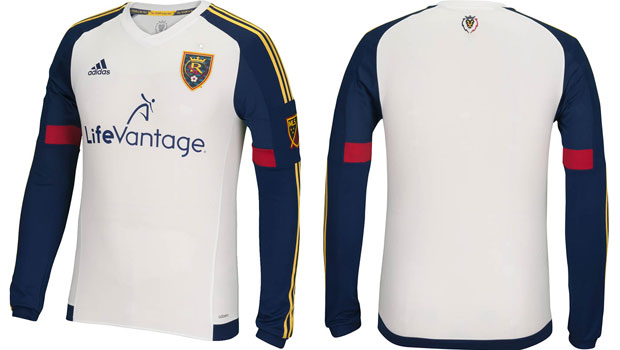 The Galaxy revealed their away kit and, as the hashtag suggests, they went “blue on blue.” This blue on blue works great. It has a bit of a fluorescent blue but it isn’t obnoxiously fluorescent.