Bruce Arena has called in his first set of players as manager of the US national team. 32 MLS players will attend his January training camp (all European and Mexican based players are busy with their clubs) prior to friendlies against Serbia and Jamaica. You can see the official release on the US Soccer website.

Here are some thoughts on the roster, organized by position:

This is a clear deviation from Jurgen Klinsmann’s rosters. These are actually the five best American goalkeepers in MLS. 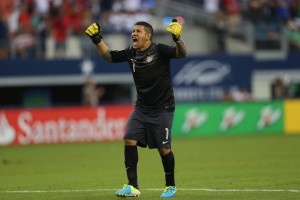 Bingham and Hamid, both in their 20s, have been called up sporadically before but haven’t received much playing time. The Swiss-born Frei, the 2016 MLS Cup MVP, is the most athletic of the group and is in the process of securing his eligibility. The veteran Rimando had another solid MLS season and Robles continues to excel for the New York Red Bulls, although Klinsmann never saw his talent.

This group brings all kinds of different skillsets, showing the research and due-diligence that Arena did in selecting it. Bingham and Hamid are elite shot-stoppers with loads of potential and the ability to make Tim Howard-like saves. Frei (aside from his clutch gene) has shown an ability to reach every corner of the net, often keeping the Seattle Sounders in games with his long reach and impressive footwork. Robles’s 1v1 technique is the best in MLS. Rimando brings a locker-room leadership only seen elsewhere in Chris Wondolowski, as well as reactions that rival none in the pool.

I applaud Arena for choosing a pool of players all capable (maybe with the exception of the 37-year old Rimando) of taking over long-term for the aging Howard and Brad Guzan.

This is a group that comes with a couple of surprises and contentious picks. Zusi, who has spent much of his career as an attacker, spent a couple games at right back for Sporting KC during the regular season and was called in as a defender under Arena. Kemp has never played for the senior national team. Evans lost a starting spot with Seattle. Beasley is aging and a case can be made that he is too old to have been invited. 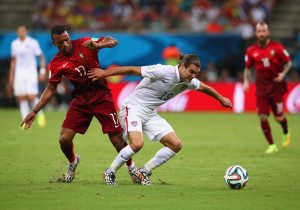 MANAUS, BRAZIL – JUNE 22: Graham Zusi of the United States fights off Nani of Portugal during the 2014 FIFA World Cup Brazil Group G match between the United States and Portugal at Arena Amazonia on June 22, 2014 in Manaus, Brazil. (Photo by Adam Pretty/Getty Images)

But I have a hard time disagreeing with Arena here. The MLS center back pool is deep, and he does well to cultivate it: Birnbaum will likely start; Marshall clearly was good enough for Seattle in the stretch run; and Defensive Player of the Year Hedges and his FC Dallas teammate Zimmerman finally get their opportunity after spending a long time on Klinsmann’s mystery snub list.

Rosenberry is arguably the best right back in MLS, and it is no wonder that he got an opportunity. Garza, newly signed with Atlanta United, is 25 has been a starter in Mexico for a couple years now. These are good selections.

That brings us back to the more controversial picks, all of which I can defend: Evans is a good veteran presence and is versatile enough to play almost anywhere on the field. Zusi succeeded at right back for Sporting, and at a weaker position, it’s okay to experiment. Kemp has been quietly toiling away with D.C. United, and frankly, it’s about time someone recognized it. Beasley is 34, but at a time like this, you call up your best-performing players, no matter what.

There were few snubs, though.

This is where it really gets interesting.

Arena stacked up in every area of midfield with players Klinsmann almost definitely wouldn’t have picked. Let’s go position-by-position: 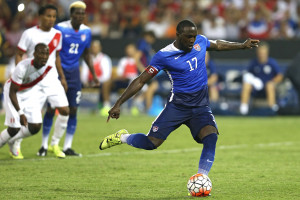 WASHINGTON, DC – SEPTEMBER 04: Jozy Altidore #17 of the United States shoots a penalty kick against Peru in the second half during an international friendly at RFK Stadium on September 4, 2015 in Washington, DC. (Photo by Patrick Smith/Getty Images)

Some may, but I don’t see many real surprises in this group. Agudelo caught fire for the Revs late in 2016, making him a must for Arena. Altidore is a no-brainer. Morris had an incredible rookie season. Wondolowski was still pretty solid for the Earthquakes despite a battle with Father Time. Although I can see the argument that with Klinsmann were still the manager he called Wondo up, we’d be killing him for it. Zardes, thankfully, appears to be considered a center forward by Arena, who often played him on the wing in LA.

And no, Clint Dempsey was not available despite Arena hinting at calling him up. It was reported by SI that Dempsey is still trying to get healthy from his irregular heartbeat.

These are solid, risk-averse picks, even though I, personally, would have selected someone different than Wondolowski. The question, then, becomes the pairing Arena will use. Here are some options:

The other option, of course, would be to run with a 4-3-3 and start Altidore as a lone center forward. I doubt that happens in the winter friendlies given that the main starters on the wing are in Europe.