There’s no question that U.S. Soccer’s firing of Jurgen Klinsmann was justified. Even the staunchest Klinsmann supporter will admit that (and believe me, I very well might be the staunchest Jurgen supporter out there). But to hire Bruce Arena as his replacement not only solves none of the issues that Klinsmann has been criticized for, but it will only end up with U.S. Soccer taking a step back from the progress they made under Klinsmann.

[link_box id=”23231″ site_id=”158″ layout=”link-box-third” alignment=”alignright”]It’s important to remember that Klinsmann was never hired because of his tactical acumen or game management. He was hired to change the culture of U.S. Soccer, to change the way we thought and went about our development. He was hired because for a country as large as America, one that churns out as many athletes as the United States, we weren’t maximizing our potential with his predecessors Bob Bradley and Bruce Arena. Apparently, five years later, we’re ready to go back.

During his five years at the helm, Jurgen Klinsmann faced a lot of criticism for his game management. Most of which was completely unfair. Fans and media complained that Klinsmann was constantly switching his lineup, his starting XI, or playing players in different position from the ones they play with their clubs.

Guess what: Not only does every international manager do these things, but those are exactly the complaints many fans and the media were saying about Bruce Arena when they ran him out of town. You may not want to hear this, but Arena has actually used more staring XI combinations than Klinsmann did over the comparable amount of games.

That’s the thing about Bruce Arena. There has yet to be a convincing argument that proves he should be in charge of the national team instead of Klinsmann. Jurgen shuffles players around the field too much? So did Bruce. Changes the formation all the time? So did Bruce.

How about the argument that Bruce Arena has experience navigating the Hex? Last time I checked, Klinsmann got through the Hex just fine in 2013 and are we really going to pretend that CONCACAF in 2001 or 2005 is of the same quality as CONCACAF in 2017? Yes, the USMNT lost their first home World Cup Qualifier in 15 years, and lost the first two games in the Hex for the first time ever, but do you know who was in charge the last time they lost a home World Cup qualifier? Did you know that loss to Honduras, not a team with the quality of Mexico, was part of a three-game losing streak? I guess time allows us to forget.

And then there’s that other issue. You know, that issue about dual-nationals, where Arena is on record saying foreign-born players shouldn’t be picked ahead of American-born players. While Arena has backtracked on that statement enough that we don’t need to worry about John Brooks or Fabian Johnson being jettisoned from the team, it’s not like he will actively pursue dual-nationals either. That could be a problem.

This isn’t to say that I think Klinsmann should have kept his job. My stance has always been that I’d be fine with change, provided it was well thought out and there was a long-term plan in place. Hiring Bruce Arena is not a long-term plan. It’s an incredibly short-sighted decision.

Bruce Arena will be here for two years. Period. Once the 2018 World Cup is over, he will be gone, and a more permanent option will be brought in. Bruce Arena is not here to think about the future. He’s not here to worry about how the USMNT will look in three years, or five years. He’s here to win now.

And that presents a lot of problems for the United States for a myriad of reasons.

For starters, the United States isn’t exactly built to win right now. Sure, they’re good enough to get through the Hex, but this is a team in flux. You have established “stars” like Michael Bradley, Jozy Altidore, Jermaine Jones, and Alejandro Bedoya on the team, all of whom play a certain way. But you also have new up-and-coming exciting prospects like Christian Pulisic, Bobby Wood, Lynden Gooch, and Caleb Stanko breaking through the ranks. The two groups of players have different styles of playing that aren’t exactly compatible, and that came to a head in the last two games.

For a manager with a win-now, don’t worry about the future mandate, who do you expect him to choose? The experienced vets or the inexperienced kids?

International soccer is a funny sport. Even when you’re trying to win now, you always have to be looking towards the future. Not looking to build your future even for two years can have effects for years to come.

The manager always has to be looking ahead and Bruce Arena, like U.S. Soccer right now, is a man who looks back. When the LA Galaxy needed a spark down the stretch in this year’s MLS season, what was Arena’s move? He didn’t dip into his youth stash to see if he could find a diamond in the rough. He looked towards yesterday and signed Landon Donovan out of retirement. 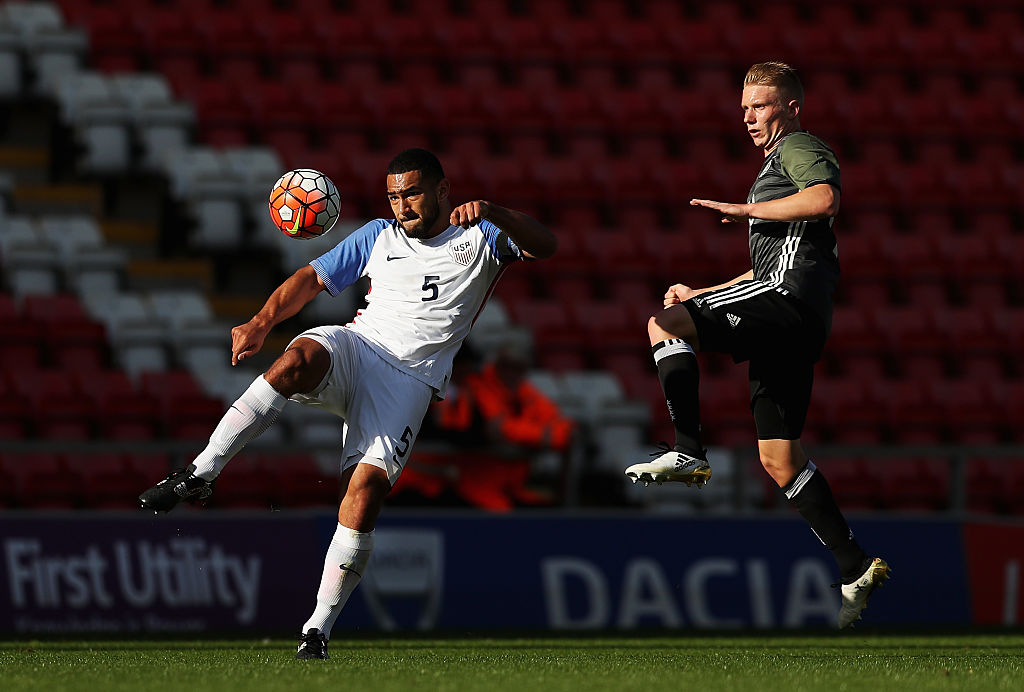 It will all come full circle for Bruce Arena when it comes to one player, defender Cameron Carter-Vickers. The English-born defender came up through the U.S. youth ranks, but is heavily on England’s radar. Klinsmann could have cap-tied Carter-Vickers to the United States during the 4-0 loss to Costa Rica, but instead wasted his final sub to get Graham Zusi some very meaningless minutes.

In the long run, that could prove to be very costly. At the moment, with his win-now mandate, Bruce Arena has no incentive to waste a roster spot on an 18-year-old defender who likely won’t help the team in the next year. Add in the fact that Carter-Vickers has spent his entire life growing up in England, and Arena may not be eater to try and establish a relationship with him. But failing to cap-tie Carter-Vickers is a decision that could end up haunting the U.S. over the course of the next decade. Is that worth it for a caretaker manager when you would have qualified for the World Cup anyway?

Ultimately, that’s what it boils down to. Klinsmann’s in-game management was always questionable. But he likely would have gotten the U.S. to the World Cup anyway. If U.S. Soccer wanted to make a change, that’s OK. But a change should have come with the long-term future in mind.

Hiring a caretaker manager puts the long-term growth of the U.S. men’s national team in jeopardy. If that’s the direction U.S. Soccer wants to go in, that’s fine, but don’t try to convince us that the program is going in a different direction and then hire a person who has faced all of the same criticisms that Klinsmann has. That’s not going to help solve the very real problems that the USMNT does actually have.

How quickly we forget.