Sometimes moments make you take a step back and realize just how far things have come. One such moment took place in the back room of one of Chicago’s best soccer pubs — The Globe — last Monday night.

With a bar packed from front to back, Chicago officially launched a serious bid for an NASL franchise. It wasn’t your normal launch either, there was something different about this effort. Perhaps it was the people behind it or the clear path they laid out?

Or perhaps it was seeing disparate groups coming together with real passion to build something uniquely Chicago within the soccer community.

But, what really was unmistakable in all the talk and all the goals mentioned was the feeling of just how far the game of soccer has come in the United States of America.

With former Fire boss Peter Wilt at the helm of this effort, few are in a position to better understand the Chicago landscape than he, and according to Wilt there’s little doubt things are different in the political attitude towards soccer in the city.

“There’s no doubt that at every level, people understand better how mainstream soccer has become, and the positive aspect it can have in the various aspects of life,” Wilt noted.

Wilt noted that it isn’t just decision makers in politics, but also in business and advertising that have grown up in the sport and see the value soccer can have. That value leads to the ambition that the Chicago NASL project has. 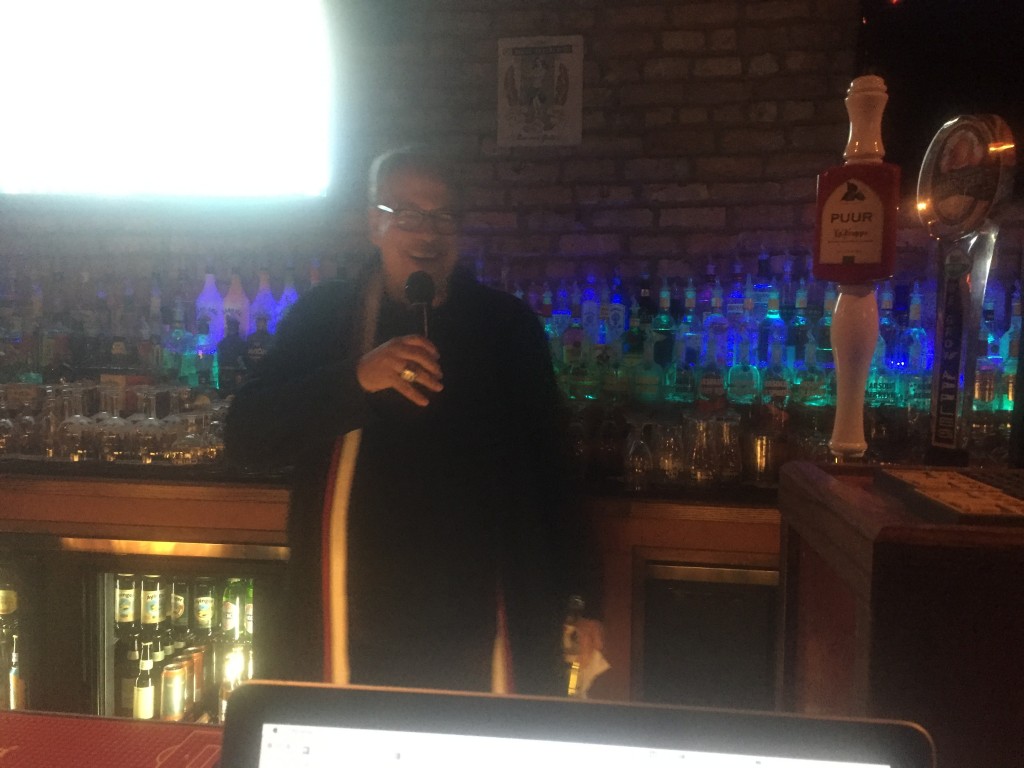 Peter Wilt speaks during the Chicago NASL Q&A on Feb. 15

Over the course of 90 minutes, Wilt and his partners laid out a project that was as ambitious as anything seen in the American soccer landscape this side of MLS.

There was an aggressive timetable for launch, a Supporters Trust to build (and an ownership stake for said Trust) and investors still to finish lining up. However, there clearly were big goals ahead — including a 20,000-seat stadium within the city limits and becoming a D1-level franchise no matter what league they are playing in.

All of it smacked of lunacy, until the reality of what today’s sports landscape looks like and how serious Wilt and Chicago NASL are about their goals. It just wasn’t empty rhetoric and pie-in-the-sky hopes.

Playing games in Soldier Field in the meantime? Ambitious, but also with a purpose. That purpose is pretty clear — making soccer relevant in the city of Chicago again.

“It would mean a lot because I want the sport to be relevant again in Chicago,” Wilt said. “Chicago is one of the great soccer cities in the country and, unfortunately, over the last six years plus, it has become less relevant. I think this team can put professional soccer back on the radar of everyday Chicagoans like it was 15 years ago.”

Wilt, having taken on a start-up NASL franchise in Indy Eleven, knows that ambition and big dreams need to be there from the start, otherwise this project is not getting off the ground.

In a city famous for crazy politics and less-than easy dealings to get land, something was different and that something is just how the powers that be see the game in 2016 versus just 20 years ago and how this group is tackling the idea of playing within the city limits.

Gone are the ideas of public-private funding, instead this group is looking to take on its own stadium financing and look to the city for help in only securing the land to make it all happen.

Some may be skeptical any time they hear stadium and new team in the same sentence, but this isn’t Wilt’s first rodeo with the city of Chicago and he’s made it clear to those in power exactly where they stand and what they need.

“I think it makes sense to be skeptical any time you want to build a stadium,” said Wilt. “I think especially if you want significant public support of it. Times are changing, and for very legitimate reasons, its more difficult to get public funding, financing or other forms of support.”

“We recognize that. And that’s why the goal, or strategy of this group, is to have this stadium be significantly privately funded. By virtue of doing that you turn opponents into advocates.”

What makes this effort different than most of the NASL projects out there? First is the unmistakable planting of the flag right in the same city as a current MLS franchise. Only the New York Cosmos can currently claim that title within the ranks of the NASL, and even that is dubious as best given where it plays its games.

This group isn’t afraid to compete with the Fire for fans and believes even if it isn’t in the same technical league, it will field a team that is in the same league on the pitch. All of that is well and good, but there is plenty of work ahead.

Plans are well down the tracks for securing the temporary home, while also getting the ducks in a row for that ambitious 20,000-seat stadium built in the city of Chicago.

Watching the passion fans have for the city, its proud soccer traditions and the hope for a real team within the confines of the city itself, one thing became crystal clear — this city is ready to embrace a big soccer project unlike it has ever before.

Fans are hungry to bring soccer back within the city limits, the political climate has changed and a grassroots movement has sparked interest not seen in the Chicago soccer community since the Fire began burning back in 1997.

Nearly 20 years later, Chicago could be embracing a different direction for its soccer future and it all serves as a reminder of just how far this game has come in the United States of America.