Here at 32 Flags, we’re proud to provide weekly updates of the National Women’s Soccer League as well as a Standings and Schedule page. FIFA Women’s World Cup stars are all back to their regular club sides and the playoffs are just around the corner…go and support women’s club soccer!

This week saw the official elimination of our first team from the playoffs. Farewell Boston. On the other end, Seattle officially clinched a playoff birth. Congrats!

.@NWSL there's no other way to address continuing problems. Hotels have been unacceptable. For ex. :Bed bugs/mold @ Adams Mark Hotel in KC. 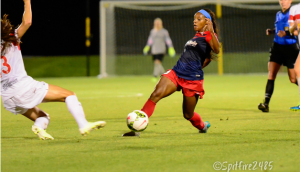 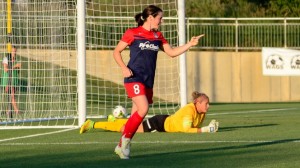 (August 14, 2015) – Diana Matheson and Michele Dalton look to push their teams to the cusp of clinching a spot in the NWSL Playoffs when the Washington Spirit and Chicago Red Stars meet on Sunday in a makeup match for a rained out game earlier in the season. Photo by NWSL.