Here at 32 Flags, we’re proud to provide weekly updates of the National Women’s Soccer League as well as a Standings and Schedule page. FIFA Women’s World Cup stars are beginning to return to their regular club sides just as the season is reaching its apex, so get out there and support women’s club soccer! 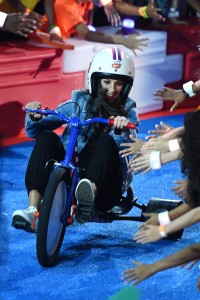 This week saw the return of basically all FIFA Women’s World Cup players, a sweep of Seattle over Portland, and dominance from the USWNT’s best players. 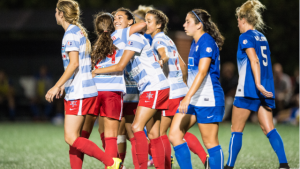 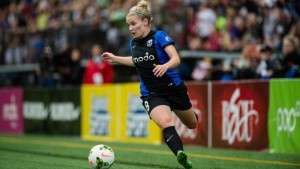 Kim Little and Seattle Reign FC welcome rivals Christine Sinclair and Portland Thorns FC to town Sunday for the second meeting between the clubs in five days. Photo by NWSL.