Wendell Maxey is a featured sportswriter living abroad in Nuremberg, Germany after spending the past eight years covering the NBA and sports at large in New York City and Portland, Oregon.  A contributor writer for NBA.com and various newspapers in the States, Wendell has also appeared on NBA TV, NBA Radio on SIRIUS and ESPN Radio among other stations.  He also operates Beyond The Beat on the Bloguin network  He will regularly contribute to Crossover Chronicles in a new feature we call “Over and Back” 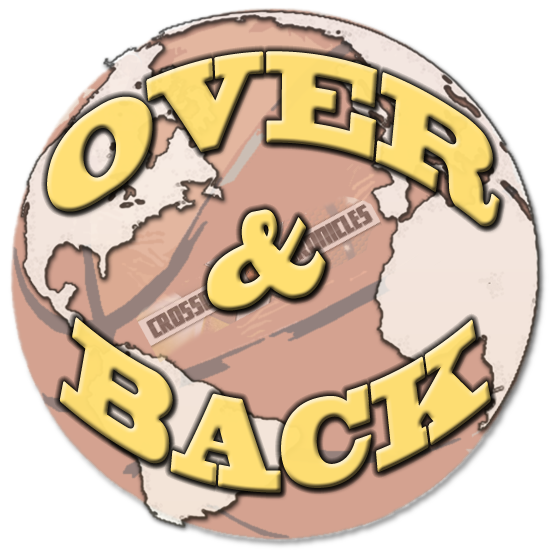 It’s been a long four days in Canada for Mickael Pietrus and the wait isn’t over just yet.

The Phoenix Suns’ agreement to trade Pietrus to the Toronto Raptors for a conditional second-round pick reached an impasse on Saturday after team doctors discovered Pietrus had slight knee swelling after a workout for the Raptors. Now the 6-foot-6 swing guard finds himself stuck between a long return flight to Phoenix and the unsettling unknown that further evaluations hold for this season.

“It’s not a serious problem, but it is something that Mickael needs to move past and he wants to move past it,” Pietrus’ agent, Bill McCandless told Crossover Chronicles on Tuesday.

“It’s a nuance, but Mickael did not fail his physical in Toronto. The trade was being discussed, but nothing was complete at that point.”

Late last week, Pietrus was in town for a workout and for Toronto’s doctors to get a closer look at his right knee, for which he underwent minor surgery on in France back in July. An MRI revealed a “patch and some irritation” around Pietrus’ kneecap which raised concern. After undergoing further exercises, his knee began to swell and Toronto’s management began to second-guess negotiations with Phoenix.

“He took it hard,” McCandless said of Pietrus

The result: Pietrus will be sidelined two to four weeks.

“Bryan (Colangelo) saw the red flag and just didn’t want to be 99% sure, he wanted to be 100% Mickael can be a contributor over a 66-game season. He had a shadow of a doubt and that’s what it basically came down to. He (Colangelo) said we could revisit this (the trade) and who knows if Denver will match the offer sheet to Gary Forbes, but he’s allowed to move on.”

On Friday, Toronto signed Forbes — the 26-year old guard who spent last season with the Denver Nuggets — to a reported three-year offer deal.  Third year is believed to be a team option.

As for Pietrus, he remains in Ottawa, Canada and will receive his visa on Thursday, before flying back to Phoenix for further evaluation on his right knee by the Suns’ team doctors.

The 8-year pro missed the final 12 games of last season and averaged 8.4 points, 3.4 rebounds and 22 minutes per game, appearing in 49 games with 20 starts for Phoenix. He will make $5.3 million this season, but where that check will come from remains the question as Pietrus’ future is in limbo with the Suns. McCandless met with Suns’ GM Lon Babby in Phoenix on Monday to determine next step options. After a re-examination of both Pietrus knee and MRI results from Toronto, the question then becomes, “where do we go from here”.

One thing is for certain. Pietrus will be on the go this season.

“I think he is on the move. The idea is for Phoenix to trade him,” continued McCandless, with Suns’ head coach Alvin Gentry having to juggle minutes for Grant Hill, Josh Childress, Jared Dudley and the newly signed Shannon Brown.

“That is Plan A. Lon, MP and I are partners in getting him ready so people are confident he will play 61 of the 66 games, rather than 49 of the 66 games this season. He thinks he can play. Players know their bodies.”

Despite the prognoses of being sidelined two to four weeks, Pietrus has gone about his workouts and therapy sessions in Ottowa as he prepares for the shortened season. On Monday, Pietrus put in a pain free three-hour workout, and will continue workouts and rehabbing after he gets settled back in Phoenix.

“He insists that he can practice now. He’ll be ready to go and be the old MP by opening day, or by New Year’s day if not then,” McCandless added.

“He knows it’s an important season.”