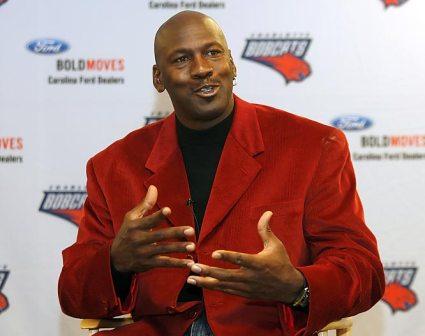 You wouldn’t have guessed that the guy responsible for the greatest NBA season of all time would also be a big part of the worst. There’s no getting around the fact that Michael Jordan should take a lot of the blame for the current state of the Charlotte Bobcats.

After drafting guys like Kwame Brown (when he was president of the Washington Wizards) and Adam Morrison, it’s clear that Jordan doesn’t have the knack for the front office stuff like he did on the court. His killer, competitive instincts that made him such a force during his playing career clearly don’t translate to running a team.

It looks like Jordan has realized this too. He’s accepted the fact that he’s not the best leader for the Bobcats and he’s going to be passing off some of his duties.

“In order to win basketball games, Michael Jordan has removed himself from the equation. He's promised his front office staff that he'll let them do their jobs without his shadow looming over their war-room marker boards. More unlikely still, he's handed over the reins of the Bobcats to a next-generation GM (Rich Cho), armed with high-level metrics, to do for Charlotte what he helped do for Oklahoma City — and in doing so, salvage Jordan's flagging basketball reputation.”

Smart move by Jordan who, after getting booed by Charlotte fans, has to realize that managing a basketball team just isn’t his thing. The Bobcats obviously have a long way to go and missing out on Anthony Davis had to hurt, but they could have a future building around a core of Michael Kidd-Gilchrist and Kemba Walker.

I’m going to go out on a limb here and say the Bobcats won’t do worse than they did last year (I know, bold prediction, right?), but they’re still a few years away from being a decent team. After being the NBA punching bag last season, it would be nice to see them put together some quality games, just so we don’t have to feel so sorry for them. Jordan decreasing his role in management was a step in the right direction.