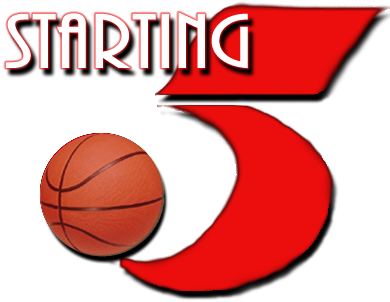 Every morning, we’ll give you five things from the night before in the NBA to start your day.

Following a 98-87 loss to the Miami Heat, Kobe Bryant said

“We might want to go back to some of the things that we were doing a few weeks ago in terms of me being on some spots on the floor and things where I’m most comfortable.”

You can call me crazy if you’d like, but I’m watching the Lakers closely because the ingredients are there for an implosion. Follow me…

Kobe Bryant is obsessed, more than ever, with personal success leading to team success this year.  The people who said he was, or heading towards “done” because of his knee and age are on his hit list.  He’s not going to let anyone, Mike Brown included, stand in his way.

I’m not saying there IS discontent in the Lakers locker room now.  I’m saying there’s a volcano there and I swear I just saw a little steam coming out of the top.  I just wonder if an eruption is coming.

2:  Are you aware of Dalembert?

Here are his last 5 games

And the Houston Rockets are on a five-game winning streak.  Coincidence?  Check out his hustle to win the game in OT last night.

That’s just fantastic.  I love to see a big man beating guys down the floor and coming up big like that.  Samuel Dalembert will become the steal of the free agent period if this keeps up. Hell, it will be grand larceny.

I’m sure most people expect some drop-off in production, but that’s not necessarily going to be the case here.  Some guys just fit, and thrive, in certain places.  And with the way Kevin Martin chucks up shots, there’ll be plenty of chances for rebounds and second-chance points.  So keep an eye on Sam in Houston (get it?  Sam? Sam Houston?  The guy the city was named after?  I guess I shouldn’t be explaining jokes.)

All Kevin Harlan everything in this one.  Listen to his reaction as CJ Miles posterizes Lamar Odom

I’m not sure you can find much more dominant stat lines than that.  To score, rebound, pass and play that kind of defense is amazing.  And to watch the game last night, especially in the first half, you saw LeBron James in total control.  He might as well have had a video game controller and moved everyone around at will.  Six of his eight assist came in that first half where Miami build a 52-37 lead.

It’s nights like this that highlight just how freakish a player LeBron James can be.  It’s also that insane level of play that highlights his failures even more.  Falling from that level hurts a lot.  But last night LeBron showed why he might be the most gifted player this league has ever seen.  To do all that, with his speed and power, and dominate every aspect of the game is just ridiculous.

The second any team that has good pieces struggles, the sharks of the NBA swirl in to see if they can snag any of those pieces.  That’s whats happening in Boston right now as the Celtics are 5-8 and seemingly mired in the death throes of old age.

But just because the Celtics rely on three old pieces doesn’t mean that other teams can’t benefit from one of them.  Hence the calls, and rumors, and speculation about Paul Pierce, Ray Allen and Kevin Garnett.  Pierce, right now, is the biggest target because he (once he’s back in game shape) can still create his own shot.  Kevin Garnett is primarily a jump shooter now and Ray Allen needs a bunch of picks to get free  But Pierce is still a valuable, clutch performer.  And contending teams, especially teams that are a bit younger, could REALLY benefit from having a guy like him on their teams.

The reality is that the Celtics will move someone, but ONLY if the team is horribly out of the running in March with no hope for recovery.  Then, and only then, will Danny Ainge move one of his Big Three.  So talk of plucking one of those guys now is premature.  The Celtics believe this thing will turn around with time to improve their conditioning and get everyone together on the same page.  So we’re still at least a month away from any blockbuster talk involving Boston.