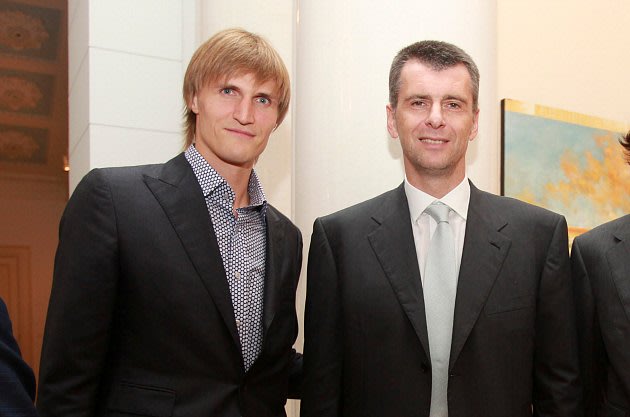 It may have taken a little over a year for us to iron out all of the details on the Andrei Kirilenko to the Brooklyn Nets story, but these tampering charges filed against Brooklyn should not really come as a shock even if the evidence turned up nothing.

Back in May 2012, Crossover Chronicles suggested Kirilenko’s return to the NBA — after spending time overseas playing in Russia for CSKA Moscow — would leave him bound for Brooklyn. We had it on good accord from contacts within Russia and close to Kirilenko that a verbal commitment was in place between AK-47 and Nets, thanks to the deep-rooted relationship between Kirilenko and team owner, Mikhail Prokhorov.

The report filed at the time called for a three-year deal for the All-Star free-agent small forward.

Well, we know how that one played out. Kirilenko signed with the Minnesota Timberwolves instead leaving our contacts just as boggled as we were that AK-47 opted to play alongside his countryman Alexey Shved instead of signing with the Nets. But Brooklyn also had plans of their own – Gerald Wallace was back with the club and the organization still had plans of trying to land Dwight Howard.

Which brings us to the latest news surrounding Kirilenko and the Nets, who came to terms on a mini-midlevel exception and opted out of the final year of his contract with Minnesota.

Was that the plan all along? To return to the NBA with the Wolves and then create more in-roads to Brooklyn to finally reunite with Prokhorov?

If so, both sides likely never considered the thought that the league would investigate the signing. But according to the New York Post, it was all for nothing as the NBA found nothing wrong with the deal, despite “at least one other team that suggested improper agreements”.

“When there is a formal complaint, the league will look into it,” said one league official in the Post’s report.

That “one other team” is believed to be the New York Knicks and their owner, James Dolan.

“It was a very, very thorough investigation. They checked everything.”

Defining “thorough” and “everything”, however, was not explained in detail, so we are left to wonder what the league office actually executed in the research process. What we do know is that Prokhorov has previously addressed the matter and tried to lay the rumors to rest back in July when the Nets introduced Kevin Garnett, Paul Pierce and Jason Terry.

“I respect all the NBA rules and we play by the NBA rules. But I want just to stress once again, like with luxury tax, I will do whatever I can in order to win championship — but under the NBA rules. Please make no mistake about this,” Prokhorov said.

Just one Russian and another Russian going into business together…again.