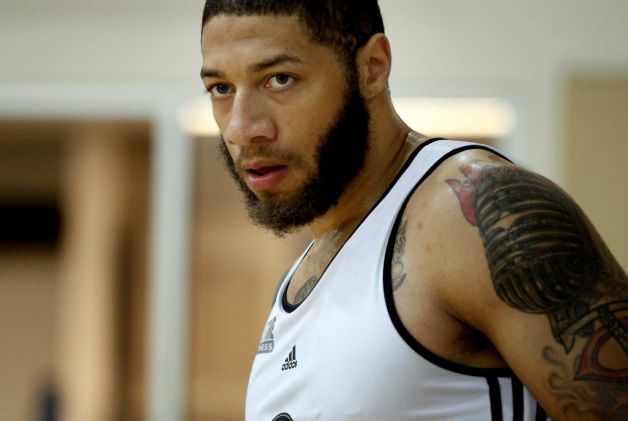 Well, after everything Royce White has declared, Tweeted and accused the NBA and the Houston Rockets off, at least White knows what he "doesn't"  want regarding his basketball future.

It's not the D-League.

And now it’s not Europe too.

During another week of tit-for-tat between White and the NBA in which the Rockets’ yet-to-play rookie made a resounding statement saying he would not accept Houston’s decision to send him to the D-League, there were a lot of questions floating around wondering where White would go next.

Would he stick it out with the Rockets in hopes of finally playing in Houston this season? Would he venture abroad and play in Europe? Or would he simply walk away from the game to become a national spokesman for mental health issues?

In many ways he already has.

Two of those questions are still up in the air. White cleared the air about the other today.

“I'm NOT planning on pursuing European B-ball, I will play for the @HoustonRockets when this current situation is resolved. Hopefully #2K13”, White Tweeted on Thursday.

There is a pretty good chance the feeling is mutual about the White-Europe decision. There's no doubt that some teams overseas would be interest in White’s ability, but it likely wouldn’t be as heavy as some would think. Yes, the ability to travel by bus to away games in some counties would surely cure White’s fear of flying problem, but if he thinks the NBA’s policy on mental health issues has loopholes, then Europe is light years behind. To put it lightly: White would be crazy to venture overseas to play — if it came to that. Couple that with the stress some players face adapting to a new culture, environment, battling being homesick and even the lack of simple communication and comfort of home and playing overseas really isn’t for everyone.

In White’s case, it’s best to hold on to hope that this whole drama between White, the Rockets and the NBA can be peacefully resolved this season.

Perhaps some NBA policies can he tweaked. Perhaps White will place a self-imposed gag order on himself and let the Rockets and NBA determine how to best resolve the lingering issue with White’s mental health stability.

Or maybe — just maybe — White will actually realize accepting some playing time down in the D-League wouldn’t be that bad and could actually pave a smoother road to where he’s trying to get if he would just gives an inch: the NBA.