The Brooklyn Nets have had very little to cheer about this season.

Johnson’s 29 points came in the third quarter against the Philadelphia 76ers and featured eight 3-pointers on his way to a career-high 10 3-pointers and 37 points in the Nets’ 130-94 win over the Sixers.

"My teammates kept telling me, 'When you catch it, shoot it.,’” Johnson said of his performance.

Johnson followed their advice. And it worked.

“It feels like you catch the ball with the seams every time, and every time it comes out of your hands, it’s going in,” Johnson said. “You can’t really explain it.”

Johnson’s 10 3-pointers overall fell short of the league record, which is 12 and held by both Kobe Bryant and Donyell Marshall.

Here is how Joe Johnson's third quarter breaks down: 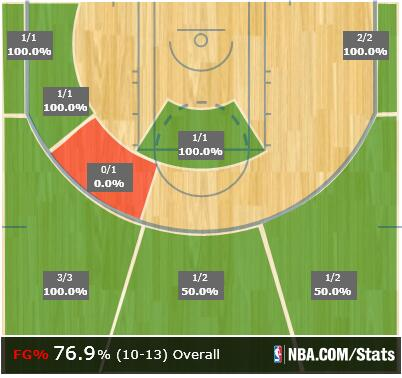