Each decision the Hornets made last summer boiled down to one thing: making the 2015-’16 playoffs, no matter the costs. After the likely season-ending shoulder injury to Michael Kidd-Gilchrist announced last week, Charlotte’s playoff chances were seemingly zapped before the team’s first game.

Charlotte’s predicament is all too common in the NBA: an impatient owner (in this case, Michael Freaking Jordan) demands a push for the playoffs — an aimless, vague sentiment that inevitably cripples the organization top-to-bottom. While the rest of NBA Twitter laughs at “The Process” in Philadelphia, I’m sure Charlotte fans would kill for such transparency from their team’s front office.

The Hornets aren’t much different than the bumbling Knicks and Nets, only the later two teams can fall back on their share of the New York City market and watch the money pile up. By throwing away significant draft assets now and in the future, Charlotte has painted itself into a thin corner. 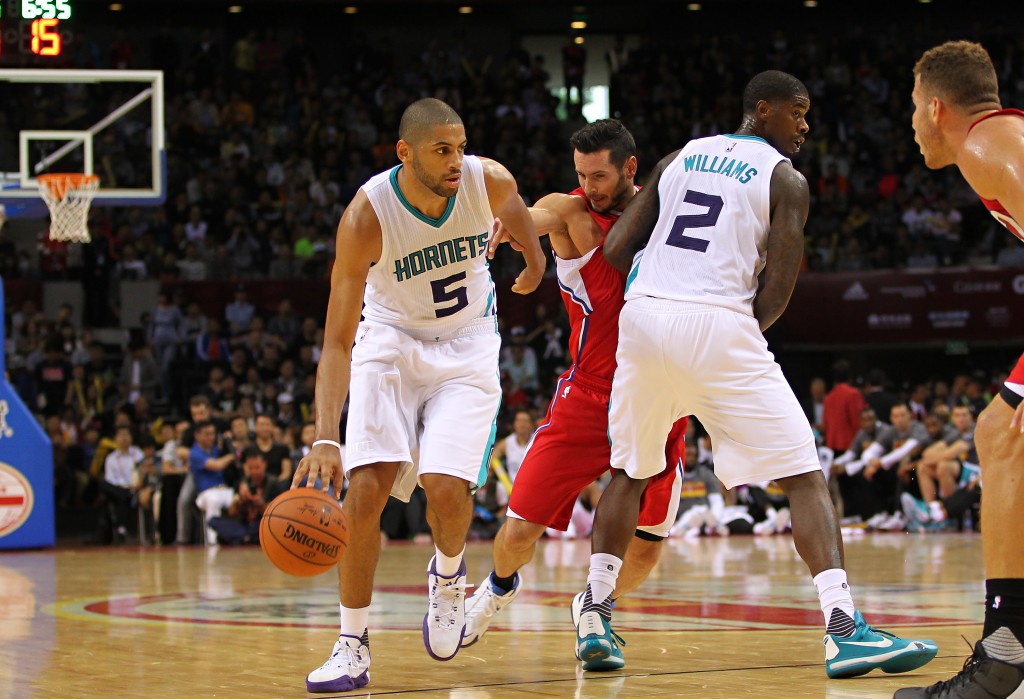 Let’s look back at the summer. In June, the Hornets gave up on their No. 9 overall selection in the 2014 draft, Noah Vonleh, in order to turn Gerald Henderson — a good player in his own right — into Nic Batum, coming off the heals of his worst season. Then Charlotte selected Frank Kaminsky, a four-year player at an upper-echelon college program — his Wisconsin Badgers were a bucket or two away from winning a NCAA championship in April. He’s a skilled player, someone who presumably Jordan considers playable from day one.

However, the opportunity cost of selecting Kaminsky (turning down Boston’s reported offer of four first round picks) is insanely high, especially when Kaminsky overlaps with each of the last two Charlotte draft picks, Cody Zeller and Vonleh. Kaminsky and Zeller will duke it out with Marvin Williams and Tyler Hansbrough for minutes at power forward this season — Charlotte’s frontcourt is crowded in the same way a traffic jam is a popular attraction.

The Hornets essentially spent Vonleh, Henderson and four first round picks on Kaminsky and Batum. Making matters worse: Batum, 27, is on the last year of his deal, and is set to make boo koo bucks in a thin market for 3-and-D wings.

Charlotte fantasized about pairing Batum and Kidd-Gilchrist on the wing — their dueling seven-plus-foot wing spans covering the perimeter, and Batum’s typical shooting touch and ball skills bailing out Kidd-Gilchrist on his inferior end of the floor. In a larger role, Batum could blossom into one of the best wings in the lighter conference, and the Hornets imagine Batum would jump at the chance to sign long-term when they offered him the max next summer.

Losing Kidd-Gilchrist dashes that dream, and inches Charlotte into no man’s land. 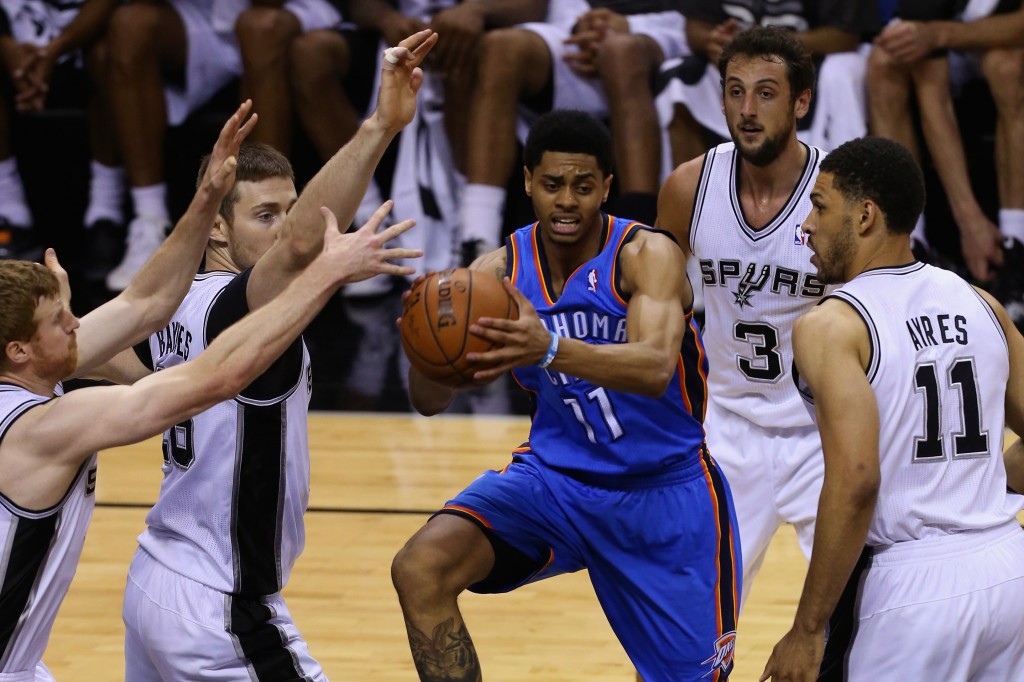 Charlotte also dealt Lance Stephenson to the Clippers for Spencer Hawes and Matt Barnes, immediately flipping Barnes to the Grizzlies and acquiring Jeremy Lamb from the Thunder in the process. The Hornets loved Lamb from afar long before they jumped through hoops to get him. With Kidd-Gilchrist out of the lineup, their love for Lamb will promptly be tested.

No player was more integral to the Hornets’ success last season than Kidd-Gilchrist. Out of the nine 5-man units that exceeded 100 minutes, Kidd-Gilchrist was the fulcrum on the top three defenses — all posting defensive ratings under 100, per NBA.com. Charlotte surrendered 7.8 points per 100 possessions more when Kidd-Gilchrist was sitting down, and the team was 10.8 net points worse overall.

Lamb has been considered a fine prospect in NBA circles — excellent enough to be featured in the James Harden trade with Houston — because of his raw athleticism; he’s a 6’5 shooting guard with a 6’11 wingspan. However, Lamb is not a defensive star — OKC allowed 104.1 points per 100 possessions last season when he was on the floor. The Thunder were outscored by 6.1 points per 100 with Lamb, but they outscored opponents by 2.9 net points whenever Lamb was out.

It’s not accurate to say he’s a better offensive player than Kidd-Gilchrist because both are remedial shooters. Lamb offers nothing from the corners or on catch-and-shoot jumpers, and he hit just 36 percent from above the breaks.

His best attribute is finishing cuts to the basket — he was money on limited attempts from in the restricted area, and shot 64.2 percent on 67 attempts within 8 feet. At best, barring a gigantic growth spurt, Lamb is a fourth- or fifth-option relying on the talents of others. 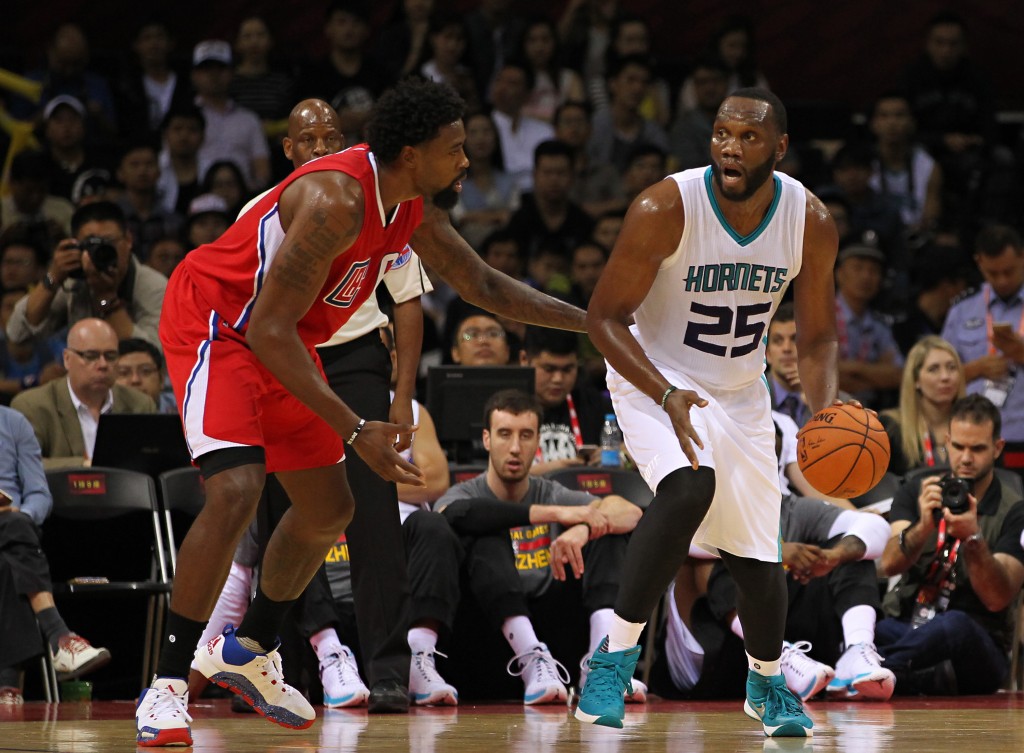 In a vacuum, Charlotte did add more shooting. Batum is a superior perimeter player than anybody the Hornets had last season, Kaminsky should walk into a 35 percent stroke from deep, and Jeremy Lin was a 37 percent shooter from deep in 2014-’15.

These moves paint the picture of a team desperately trying to add spacing around Kemba Walker and Al Jefferson, the team’s incumbent stars. Charlotte was one of the league’s worst offenses last season. On the one hand, losing Kidd-Gilchrist won’t make them any worse on that end, and Charlotte has added shooters who could lift the offense above the bottom 5 marks from a season ago.

On the other hand, is Charlotte just swapping out one awful end of the floor for the other? There are huge question marks that persist: What will Charlotte do at the 4 around the anachronistic play of Al Jefferson? Are Walker and Jefferson even good enough to top options on a playoff team? Will Batum be able to check the best player on the opposing team and still maintain top shooting numbers?

Jake Weiner wrote about Charlotte trapping itself in the NBA abyss over the summer. Watching this team shoot itself in the foot is tough to watch. Charlotte needs multiple players to break out in a bad way — namely Lamb and any one of these 29 white power forwards they’ve added the past few seasons. Whether or not the Hornets make the playoffs this season without Kidd-Gilchrist, the future could be mighty dim in Charlotte.

Want to find cheap tickets on your phone? Download TiqIQ’s app now for an instant discount on all events: http://tiqiq.us/BloguinTIQIQ