Every summer — now more than ever — players change hands. Some chase more money, others chase stardom, and still others look for improved situations for basketball reasons. Today, let’s honor the players who graduated into better roles on the court in 2015-’16.

Some rules about better roles before we begin:

If the player was an All-Star in their former home (i.e. LaMarcus Aldridge), it’s redundant to include them — they will continue to be All-Stars in their new digs. Also, this isn’t just about winning. Whenever a player can step into a larger role or join a team with a better fit schematically, it should be applauded. The players gon’ play, play, play, play, play, am I right? (Don’t encourage me.)

I own a Stoudamire shirzee; that’s my guy. In Miami, he’ll be asked to do what he just did for Dallas — score off the bench (10.8 points in 16.5 minutes) and do so very efficiently (58.1 percent). He’s a great change of pace 5 behind Hassan Whiteside, and I can’t wait for Dwyane Wade/Chris Bosh/Stoudamire lineups that look play like the cast of Red.

Another can’t-help-but-love-him former Knick, David Lee will get to actually play basketball for Boston. Brad Stevens has turned a team full of backup shooting guards and power forwards into a playoff team. Who’s to say he can’t turn back the hands of time and get Lee to average a double-double? 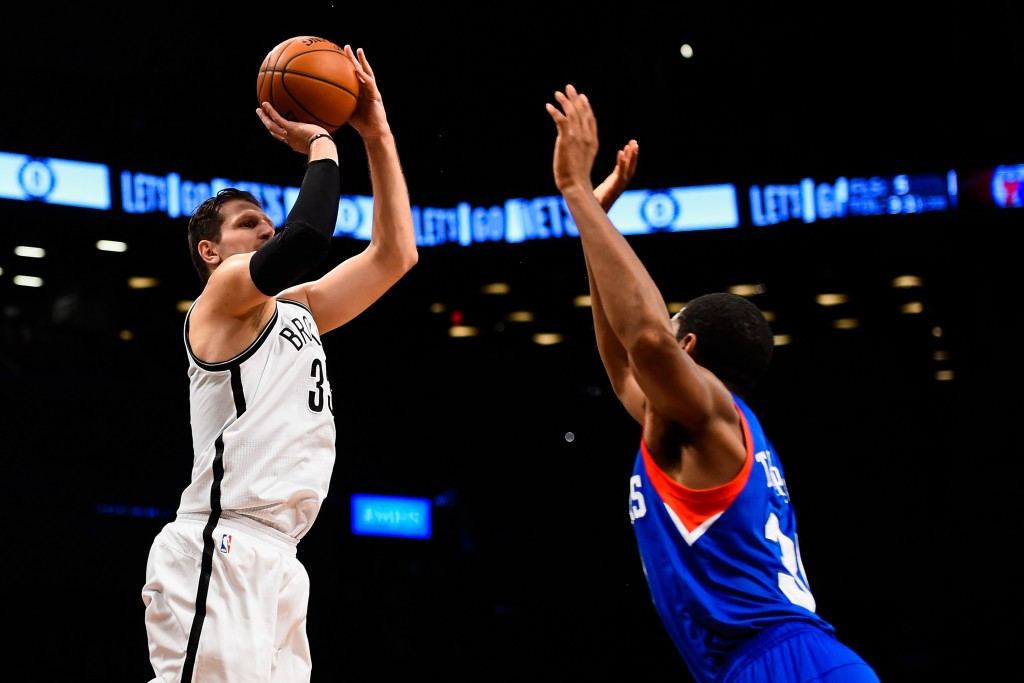 Teletovic can shoot the damn ball, and at 6-foot-9, he’s a prototypical stretch-4 — not the fake ones sprouting up all over the league. Next to Tyson Chandler, who sucks the defense into the lane like a vacuum whenever he rolls to the tin, Teletovic is going to have some explosive games off the pine.

Two of my favorite acquisitions of the summer. Portland looked the prospect of free falling out of the playoff race in the face and said, “Hey Minotaur. I’m here Minotaur.”

(Yes, that’s Tom Hardy before he was famous.)

In Vonleh, the Blazers have a power forward with a high enough ceiling to be taken No. 9 in the 2014 draft. Aminu will be asked to commit wholeheartedly to the defensive end and become the team’s stopper of the future. Both on cheap deals heading into the new salary cap era, the Blazers have successfully surrounded Damian Lillard with a young core.

Memphis added a hometown talent on a great deal who brings a boost in athleticism to the frontcourt. Wright gives the team shot-blocking and an ability to suck defenders into the paint on hard rolls. Gasol-to-Wright big-to-big passing is appointment television.

I wrote about Ilyasova’s fit in Detroit here and here. In short, his shooting touch will be well received in Stan Van Gundy’s offense. 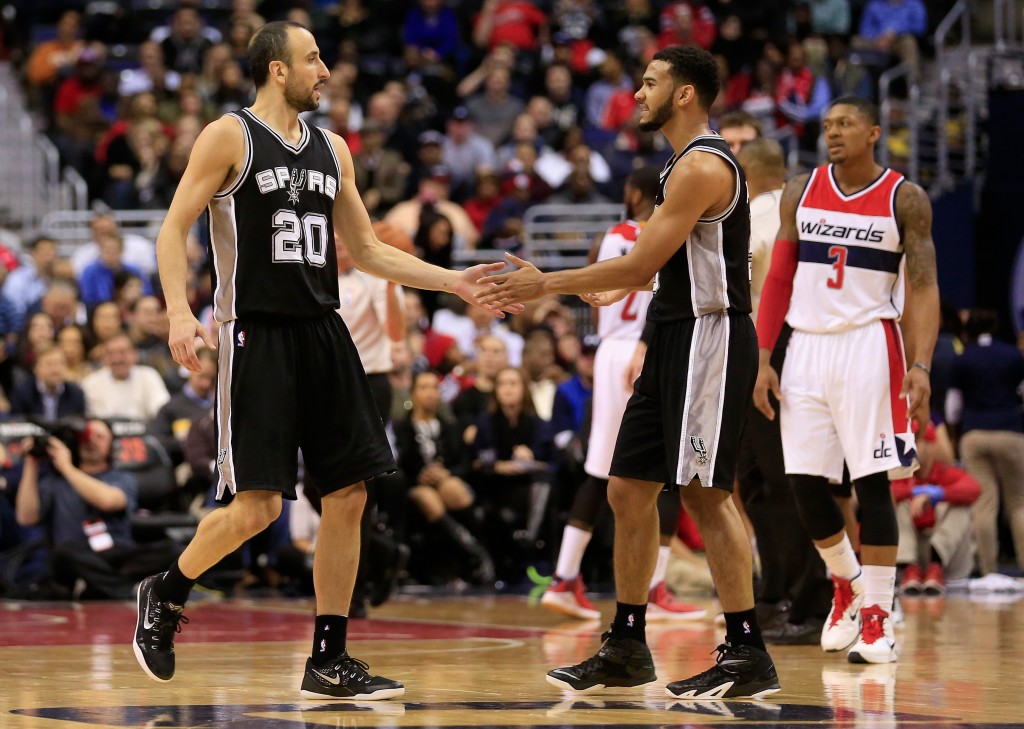 Both players reflect GM Masai Ujiri’s interest in committing to the defensive end of the floor. Jonas Valanciunas is the starting center on the team, but Biyombo gives the team its first shot-blocker since… well… (get the point)?

An uptick in defense makes the Raptors a stronger threat in the East, and Biyombo and Joseph both play crucial roles in that development.

Toronto can go big in the right situations with Valanciunas and Biyombo and DeMarre Carroll at the 3. Or the Raptors can go small with Biyombo as the lone big man swatting away shots and getting up-and-down on the fastbreak.

Toronto turned Greivis Vásquez and a first round pick into Delon Wright and Joseph. The opportunity cost was large, to be sure, but the Raptors got bigger and faster at the point guard position. Coming from San Antonio, Joseph brings a winning culture, and he can play in small lineups next to Lowry.

More on Lawson later this month. There’s no doubting that the combination of Lawson and James Harden on the floor is giving defenses nightmares all across the NBA. What version of Lawson makes it to Houston, however, is the question that will determine if Houston is any stronger of a title threat. 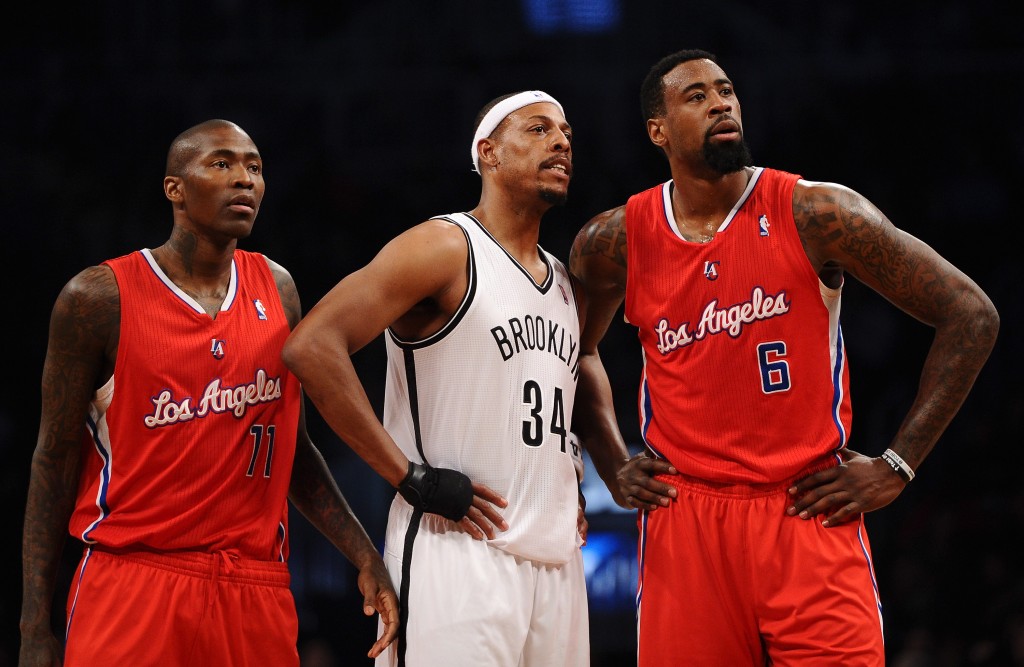 The Clippers have depth! By bringing in Pierce and Stephenson — not to mention Josh Smith, Pablo Prigioni and the entire DeAndre Jordan fiasco — Doc Rivers has salvaged his reputation as one of the preeminent leaders in the NBA, for now. Turning Matt Barnes into Pierce and Stephenson adds an influx of creation skills and athleticism, moves that were amplified by the collection of veterans that came on board once Jordan resigned.

I can’t wait for Pierce to take gutsy shots in the fourth quarter for this team, and for Stephenson to resurrect his career following the stinker he just threw up in Charlotte.

Hibbert got taxed with most of the blame for the collapse in Indiana. Fair or unfair, Hibbert now has a chance to start a new in L.A., where the Lakers have a clearly defined role for him: anchor our defense.

The Lakers have spent the past few seasons accumulating the worst perimeter defenders in the league. For the price of a second round pick, Lakers brass added the perfect interior defender — L.A.’s swingmen will funnel the other team right to Hibbert in the lane, where opponents shoot roughly 40 percent against him. The Lakers will not be good this season, but Hibbert has a chance to earn back his reputation as a stopper on D.

Monroe has become a sorely underrated player in the league. He’s a real threat out of the high post — a big body who knows how to find open teammates. Monroe will create space in the otherwise cramped Milwaukee half-court by drawing help away from Jabari Parker and Kris Middleton.

Correctly playing center for the first time in his professional career, Monroe’s lack of rim protection will be supported by the incredible length of the Bucks defense. Monroe could play himself into the All-Star game and lead Milwaukee into the Top 4 or 5 in the East.