Terry Stotts has leaned harder on his starting lineup than any coach in the NBA over the past two seasons: Damian Lillard, Wes Matthews, Nic Batum, LaMarcus Aldridge and Robin Lopez logged 2,000 regular season minutes together since the start of 2013-’14. And they were really freaking good — before Matthews’ torn Achilles injury, Portland was outscoring opponents by 10.7 points per 100 possessions with its top unit.

That iteration of the Blazers was talented enough to shake up the West, and would have threatened Houston for the No. 2 seed if it weren’t for terrible injury luck. We’ll never know if surrounding Aldridge/Lillard with shooting and defense was enough to climb the West. The squad was promptly ripped apart by free agency last summer, crushing the curious upstart Stotts and GM Neil Olshey built in short time. 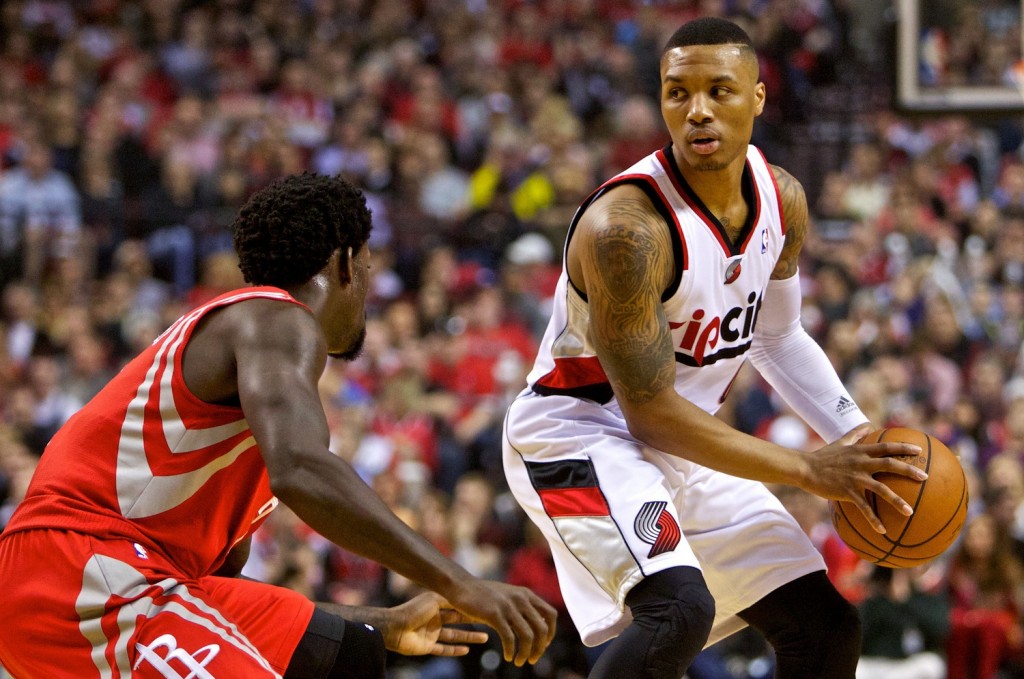 In Olshey’s conversation with Zach Lowe in August — which doubles as an awesome Seinfeld trivia podcast — he was candid about sucking it up when Aldridge opted for the established winner in San Antonio. His job was to powerfully choose the new direction of the Blazers, and his business-as-usual approach to retooling the roster around Lillard, their celebrity point guard, was aspirational.

Team building in the NBA, let alone any professional sport or organization, is a tireless, complicated exercise. As fans, we often fall victim to cliches — Team A cannot win if Player B is their best player — without asking the more difficult questions as to what goes into winning and losing.

Damian Lillard is not LeBron James, Kevin Durant or Anthony Davis — he’s not a near-perfect basketball android sent from the stars to win games — but Lillard has an abundance of skill. From day one in the NBA, Lillard has guaranteed 20 points and six assists, volume shooting and preternatural pick-and-roll skills.

He’s never missed a game. He’s knockdown from the charity stripe, is competitive amongst point guards in rebounds and steals, and barely turns it over for a player in his usage bracket.

His 3-point percentage dipped amid the injury hubbub of last season, but he’s a career 36.8 percent shooter on 6.6 3PA — he’s one of five players since his rookie season to average 18 points per game and maintain that type of shooting.

To be sure, you can build a winning team around Lillard. Yes, Lillard is a do-nothing on defense, and his thin frame leaves him susceptible to physical guard play and screen-heavy offenses.

Golden State pairs Stephen Curry — a superior player with similar skills — with Klay Thompson and a collection of long-limbed officers. Portland pulled off above-average defensive units with Lillard by installing a conservative gameplan and emphasizing top-down continuity. Building around Lillard is by no means mutually exclusive to running championship defense — oh, and like Curry, Lillard must take on the responsibility of improving on that end. 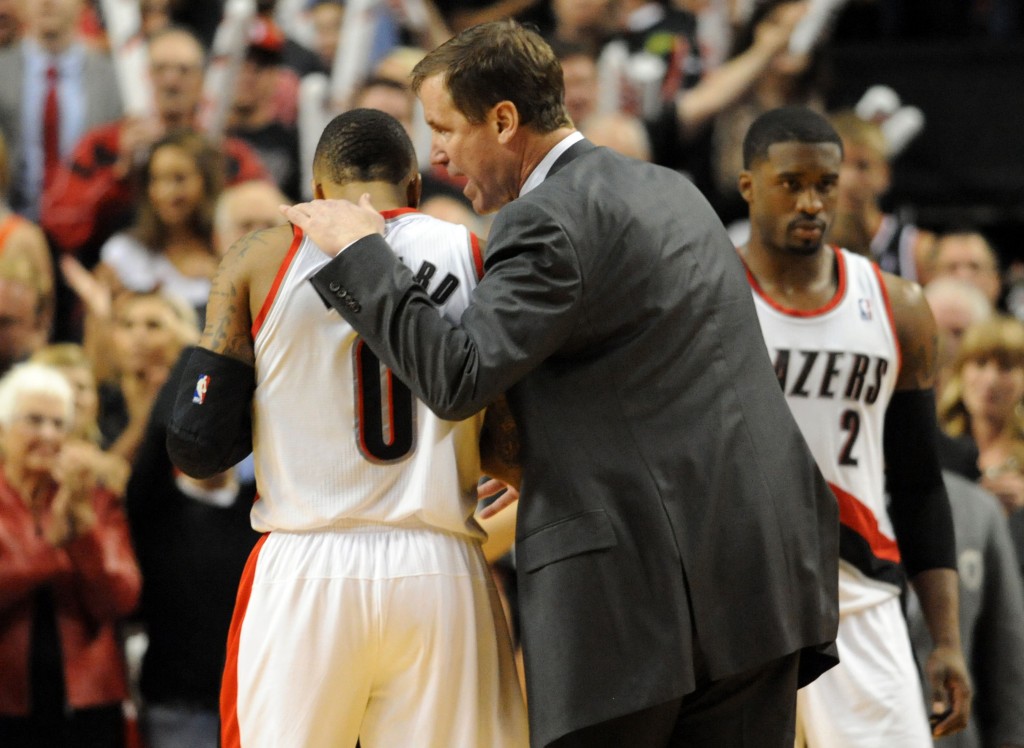 Portland finished 3rd in 3PA (27.2) and 8th in 3P% (36.2) last season. Matthews and Lillard were actual competition with the Splash Brothers in terms of sheer long-range shooting malice, and spot-ups were plentiful in an offense run through Aldridge island plays.

By starting over, Stotts must first determine what his young core — Chris Kaman is his lone player over 27 — can and can’t do. He’s afforded himself the luxury of a season in the basement — Portland isn’t Sacramento, and a one-time trip to the lottery won’t earn Stotts the same fate as Mike Malone.

I’m most curious about playing Lillard and C.J. McCollum together. In 421 minutes last season, lineups built around the two guards scored 107.3 points per 100 possessions, per NBA.com, and were component enough defensively to post a 3.9 NetRtg.

In the playoffs, McCollum averaged 17 points and 47.8 percent shooting from deep (4.6 3PA) against Memphis. Lineups with Lillard/McCollum/Meyers Leonard play like a basketball mutation where the offense is only allowed to score once it nets an open look from behind the arc.

However, those lineups were often backed by three veterans forwards who knew exactly what they were doing on that end of the floor. Lillard and McCollum are undersize, and the potential for teams to run them through endless screens or post them to the wall exists. Last week I wrote about the likelihood of Gerald Henderson starting over McCollum for this very reason.

Also set for big minutes is newcomer Al-Farouq Aminu, who Portland made the first reported signee of the early free agency period, drawing laughs from Basketball Twitter. As Olshey pointed out to Lowe, however, Aminu is an ideal low-risk, high-reward pickup in the new salary landscape.

At $7 million a year, Aminu will be asked to ball stop and to check the opponent’s best player. A high character player with significant upside, Aminu will log starter’s minutes for a coach who knows exactly what he wants from him — unlike his turn as starting small forward for Monty Williams’ Pelicans teams. 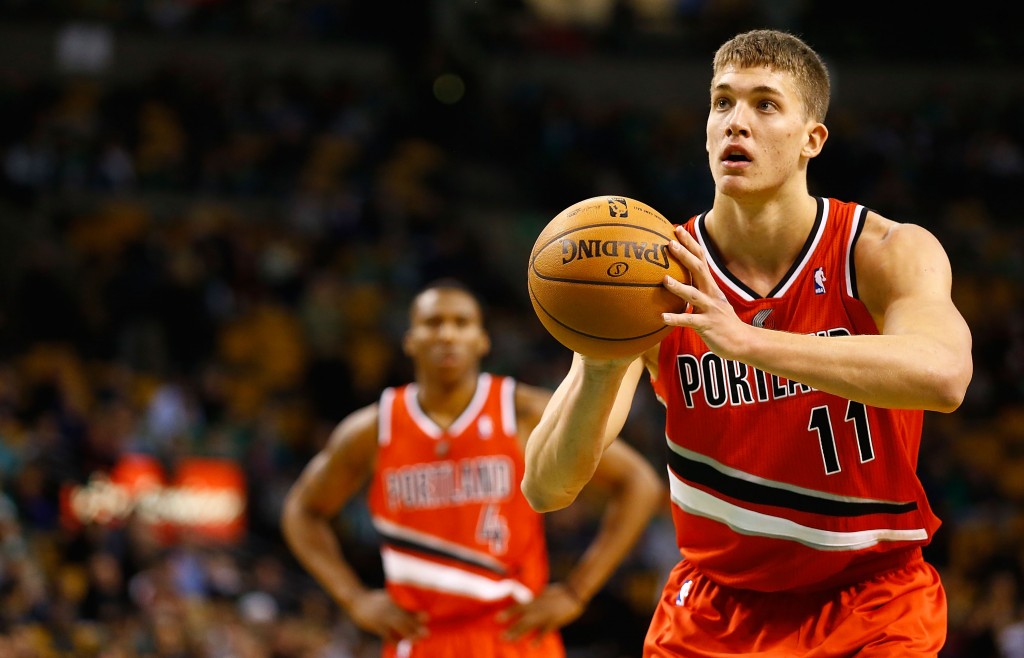 Meyers Leonard and Mason Plumlee represent two very different ways of playing center in 2015. I’m looking forward to Lillard/McCollum/Leonard lineups that blitz teams from deep and inevitably hemorrhage points on the other end. Plumlee isn’t exactly a stopper either, but he’s a big body, a proven rebounder, and nice roll man.

Dealing Batum to Charlotte brought former lottery pick Noah Vonleh aboard. Unlike Charlotte, Portland should consider allocating real minutes to Vonleh in an attempt to learn something about his future in the league. In Leonard/Plumlee/Vonleh, Stotts has brought in a wave of young bigs with modern skills, and skills that align with Lillard’s playing style.

Kaman and Ed Davis are also in Portland on fair deals; there’s very clear trade deadline deal potential with both veterans. Olshey and Stotts will likely arrange to play these two earlier in the year in an attempt to flip them to contenders for a pretty return. There’s also a clear mentor factor, an appropriate investment for such a young team.

Portland keeps its first round pick if/when they fall into the lottery this season. That’s the incentive for Stotts to be as inventive as possible with his rotations. He’s earned a year of job security. Let’s find out what Lillard as the No. 1 looks like and which young guys can do what.