The Wizards are replacing 20.3 percent of its minutes from last season, including Paul Pierce — the team’s trusty brass knuckles in the fourth quarter. Pierce and Rasual Butler, another departee, combined for 42.1 percent of the team’s 3s. Under head coach Randy Wittman, Washington’s perimeter play has been uneven, and even losing a smidge of shooting could have derailed an offense that sputtered and stopped as it is last season.

Luckily for Wizards fans, the team got in front of their issues on the wing. In fact, the perimeter is no longer the greatest cause for concern. Washington replaced Pierce with Jared Dudley, and while Dudley has been hampered by injuries in consecutive off-seasons, he replaces the majority of Pierce’s production while also being eight years his junior.

Washington added sharp-shooter Alan Anderson, fresh-faced athlete Kelly Oubre Jr. in the draft, and Otto Porter, the former top 3 pick, appears poised for a breakout season. The Wizards have cultivated something resembling positional ambiguity — Dudley, Porter and Oubre will toggle between the 3 and 4, and Anderson can play both wing spots. With John Wall, a fastbreak artist, and Bradley Beal gunning for a max contract, the Wizards finally have a team conducive to getting up-and-down — if they so choose. 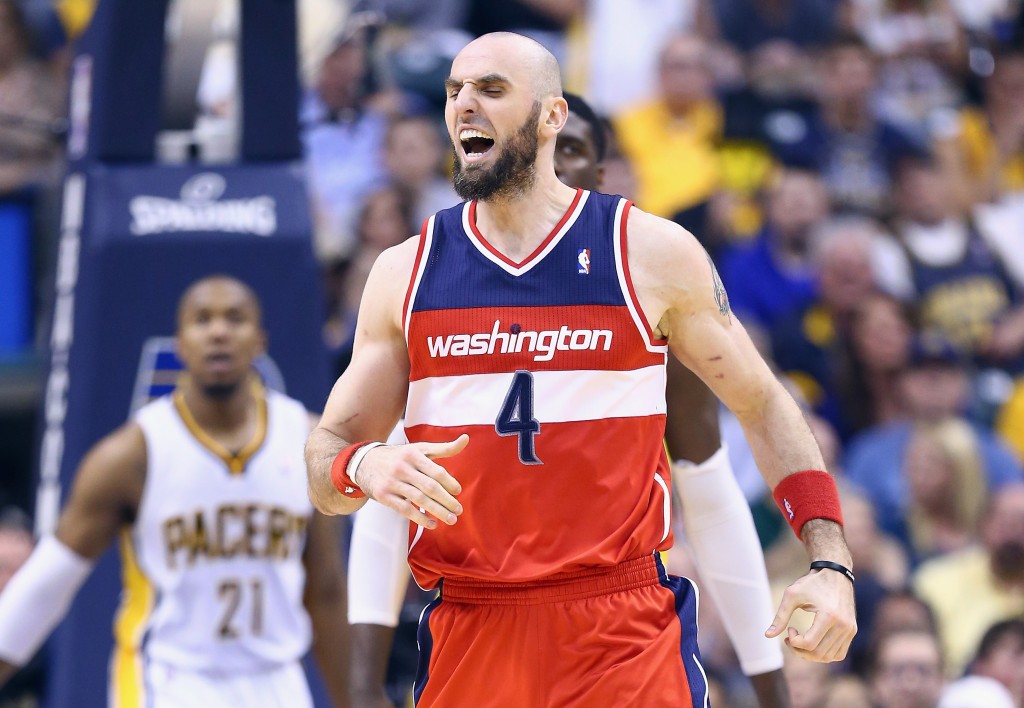 The question of team style comes at a desperate time for the Washington frontcourt. Marcin Gortat has missed one game since joining the Wizards in 2013-’14 — he’s ultra-reliable. The rising salary cap takes some of the bite off his current contract; Gortat will be making upward of $13 million in his age 35 season (2018-’19). However, Gortat logged less than 30 minutes per game, and in order to maximize his production — not just this year, but over the next four — the organization should be weary of playing him much more than that.

Gortat is a strict 5. Last year’s Wizards clung tight to the fading Gortat/Nene Hilario front court — the starting lineup fell off a cliff during the second half. Wittman’s embrace of small ball in the postseason by playing Pierce at power forward — you know, the same role he knocked out of the park in Brooklyn one season earlier — has Wizards fans hoping a faster style of play could be a permanent fixture for the team.

And why not? Yes, Washington closed out 2015-’16 as a Top 10 defense, and those numbers would likely drift without a pair of big bodies securing the paint. However, the team doesn’t appear to have the personnel to make that work, and besides, playing Gortat/Nene together feels antiquated. It’s not that every power forward has to have wing-skills, but Nene isn’t fit too chase today’s forwards around the perimeter. His bruiser mentality and hefty frame work better at center. 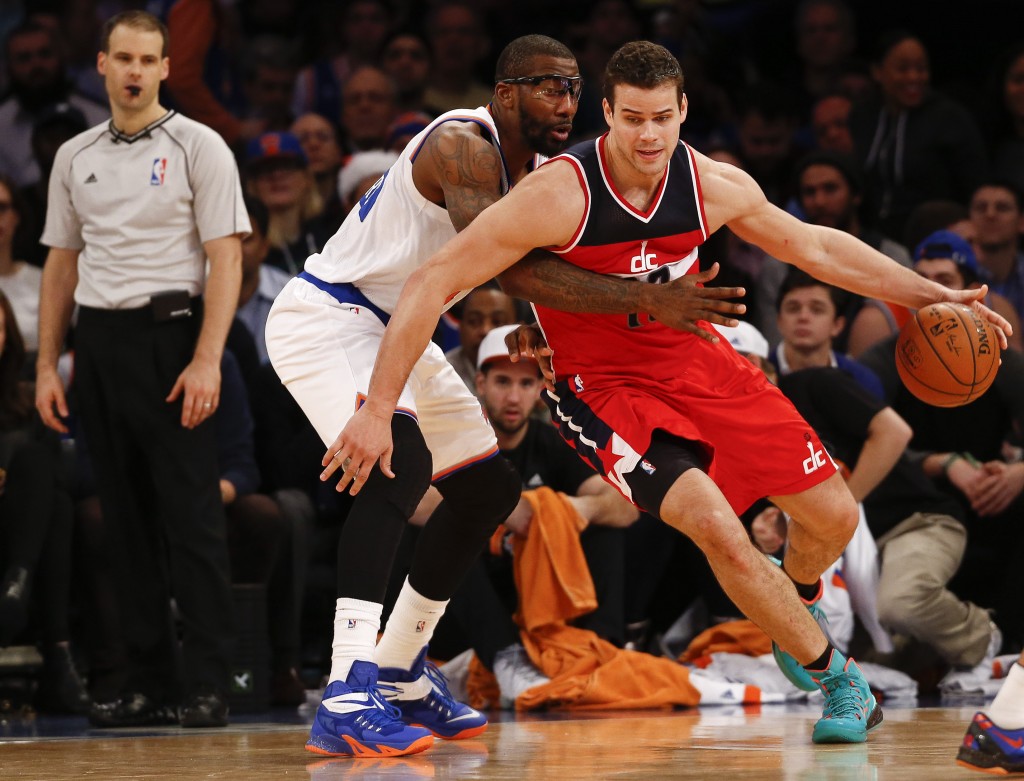 There isn’t much behind Gortat and Nene either, another reason to play smaller and faster. DeJuan Blair is the only reserve big under 29 and without health question marks, but he’s been a career reserve since Boris Diaw market-corrected him in San Antonio. Kris Humphries was the best backup big in Washington last season, and Zach Lowe reported he now has the green light to shoot 3s. As it stands, Humphries is the best screener on the team, and whether in the pick-and-roll or in transition, a perimeter shot would make Humphries a hot commodity playing with Wall.

Washington has so much riding on this season. After sweeping the Raptors in round one, the Wizards were a Wall injury away from overpowering a slumping Hawks team. Atlanta was subsequently swept in the East Finals; Washington would have given an injury-riddled Cleveland much more to think about. With their sights very publicly set on acquiring Kevin Durant next summer, breaking through the first two rounds of the playoffs is borderline mandatory — the Wizards must validate his basketball interests.

The hole in the upper-echelon of the East is wide open, and the Wizards, led by Wall and Beal, are as talented as any non-Cavaliers group. In fact, with the laundry list of injuries in Cleveland, including LeBron James’ aching back, Washington could grab the No. 1 seed early — and then hold on for dear life as the Cavs sprint into the postseason. Winning 50 games with a Top 10 offense and making the East Finals is doable in Washington, to be sure, and what their fans should expect.