After their mind-melting third quarter against the Suns on Wednesday, the Warriors moved to 25-1 on the season — we are not worthy. Golden State sits 3.5 games ahead of San Antonio in second place in the West, and 7.5 games separate the Warriors and Thunder, who’s 17-8 mark is third-best in the conference.

The Western Conference is as sturdy as ever at the top, but the dominance of its upper-echelon, combined with the improved merit of the lesser conference, have left the lower tiers of the West tattered. Utah, once considered a sleeper to break into the conference’s top-4, has fallen to ninth-place, at 10-14, without Rudy Gobert manning the middle, placing 14 games between the Jazz and Warriors. Houston, last season’s second-best regular season team, has displayed enough temporary vitality to climb back into seventh place, which is still 13 games behind Golden State.

Compare that to the Eastern Conference, where Cleveland, in first place, has failed to lose any ground without Kyrie Irving and Iman Shumpert, but is also just 3.5 games out of 10th place. The Wizards couldn’t be functioning any worse, and have fallen to 12th place in the conference, at 10-14, but are only 3.5 games out of the No. 8 spot, and 6.5 games out of first place.

The typical dynamic between the conferences lives on. There’s a hopefulness in the East that no matter how badly a team is playing, they are never out of it, and if a team catches a hot streak, they can climb the standings in a matter of weeks. Meanwhile, there’s a bleakness to being an also-ran in the West — what good does it do chasing the nos. 6, 7 or 8 seeds if the result is playing the Thunder, Spurs or (gulp) Warriors in round one? 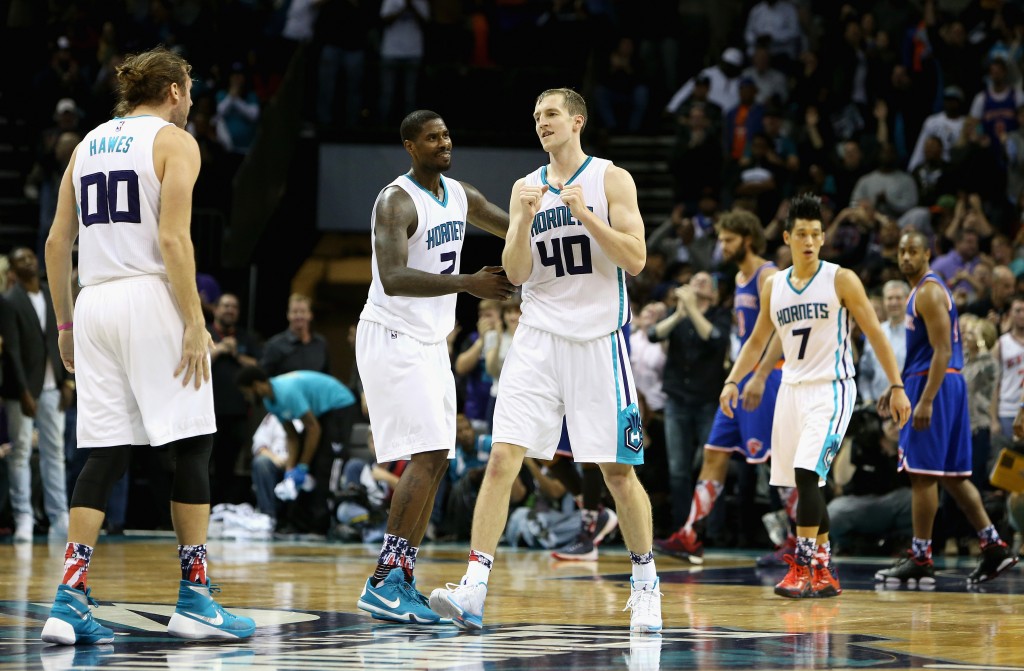 While Cleveland and Oklahoma City do battle tonight on TNT, over on NBA League Pass, Toronto and Charlotte will jostle for positioning in the ever-changing East standings. A Raptors win would jump them to third place at 17-10, and if the Cavaliers lose, Toronto would have the most wins in the conference. A Hornets win would slide Charlotte within a half game of Indiana and Miami and a full game of second place Chicago.

Charlotte has capitalized on the indiscernible talent gap behind Cleveland in the East. A swift change in playing style has transformed the Hornets into an offensive powerhouse, and their embrace of the long ball has only grown in the absence of Al Jefferson, an antiquated talent in a faster, sleeker league. As excellent a job as Steve Clifford, who re-upped with Charlotte last month, has done squeezing every ounce of effort from his club on both ends, Charlotte still doesn’t feel like a real contender. In other words, if the Hornets enter the post-season with home court advantage, it remains a reflection of the conference, not their status as a legitimate threat for a title. 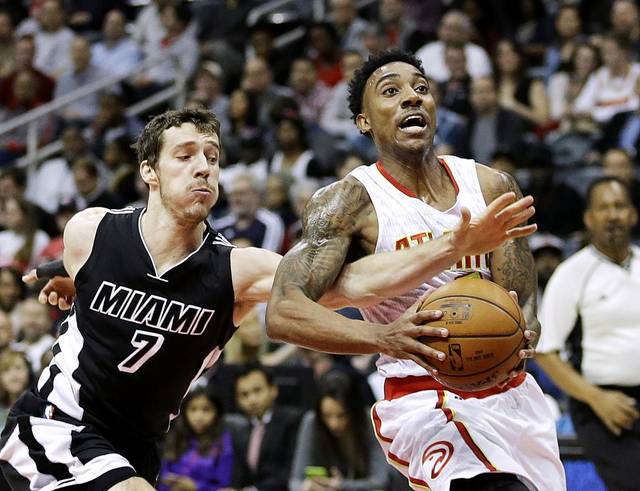 I’m not trying to be pessimistic, but the East is swimming with teams just good enough to play for a playoff spot but not equipped for the second round. And yet, some of these teams are going to advance in round one, and one of these teams is going to overachieve into a conference finals bout with Cleveland. Atlanta isn’t much different stylistically from last season, and while the loss of DeMarre Carroll has been felt in many ways, the team has gotten unexpected productivity from his replacements. The Hawks are 15-12 and tied for eighth place, but this time last season, the team was 20-7 and on the last legs of a 14-1 stretch which propelled them to the top of the conference.

The East is deeper than it was a season ago, but not outright better. Chicago is 12th in net rating (1.8) but has lucked into many wins, clinging to a 15-8 mark. Miami (4.9) and Indiana (4.8) have been marketably better, and Toronto (3.7) has already played Golden State twice, plus lost to Utah on the road before Gobert went down. Boston (3.1) is in 10th place at 14-12 despite taking Golden State to double OT last week, which should count for half a win in the spirit of the NHL standings.

Once on the other side of Christmas, it’ll be interesting to monitor the growth of Miami, Indiana and Chicago, as well as Toronto and Boston — the team’s that seem most capable of making a move in the East and joining Cleveland in the conference finals. What teams like Atlanta, Charlotte, Washington and Detroit do between now and April is anyone’s guess, but in terms of making a mark on the title hunt, the secondary tiers of the East simply don’t move the needle.

Meanwhile, seeding in the Western Conference will once again matter a whole heck of a lot. And that’s what hasn’t changed between the East and West. Sure, Golden State will blow out their round one opponents, but the difference between wrestling Memphis for six games and setting fire to Dallas’ try-hard defense could alter the subsequent rounds. Where will Houston end up? Can Gobert get back on the floor by January or February and push Utah up the standings? These teams matter because every series in the West matters, no matter how ugly the records might look in December. The Eastern Conference sure can bark, but I want to see it bite.