Our “Best of the NBA Summer Tour” at Crossover Chronicles takes a brief detour from dueling top-5 lists. We narrow today’s discussion to A or B:

Which NBA dynasty was — and is — better: The 1990s Chicago Bulls of Michael Jordan and Phil Jackson, or the 1960s Boston Celtics of Bill Russell and Red Auerbach?

Both dynasties were going to be mentioned in this piece, regardless of answer, so it’s not as though one person had to take one side and the other writer had to take the opposite side. Would two writers finally agree on something, or would a split verdict emerge?

Bill Russell was the starting center on 11 NBA championship teams. It’s an incredible feat — a borderline impossibility in today’s professional sports landscape. Red Auerbach’s Celtics are the standard for how teams should build around a franchise player, and seldom over the past 50 years have other athletes — Tim Duncan, Tom Brady, Derek Jeter — truly reminded us of Russell.

In the same fashion of why I picked Michael Jordan’s best Bulls team over the 1986 Celtics, though, the reason why Jordan’s dynasty supersedes Russell’s is because of, well, Jordan. 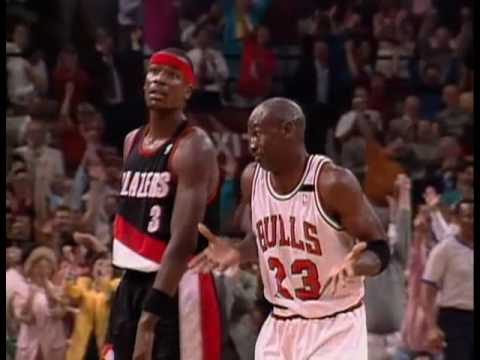 “The Michael Jordan Shrug Game.” You don’t have to explain it or work hard to identify it. People know… just as they knew in the present moment that Jordan was never going to lose any of the NBA Finals he played in.

Jordan averaged no fewer than 30.7 points per game during his six championship runs, and his career playoff averages were 33.4 points, 6.4 rebounds, 5.7 assists and 2.1 steals. In the 72-win, 1995-’96 season, Jordan shot 40 percent behind the arc. I mean, come on: What were defenses supposed to do with him?

Throw in Phil Jackson and Scottie Pippen, and all of those memorable supporting actors during their six titles, and the Bulls’ dominance isn’t hard to understand… but it is ridiculous, nonetheless. Six titles in eight years in the 1990s is more impressive than 11 championships in the 1950s and ’60s.

It’s unnecessary to mention that the 1990s Bulls were physically superior to the 1960s Celtics — although of course it’s true. If Jordan and Pippen were able to run through a deeper, more athletic league half a dozen times, it’s not much of a stretch to imagine they could win 11 or more rings in Russell’s era. Could Russell’s teams, contrastingly, compete for multiple three-peats in the 1990s? Could they win three in a row even once without being stopped by the deeper field?

Michael Jordan is the greatest because of his mastery of a modern field of competition. No, the 1990s were not the peak of competitive basketball, and it’s arguable the 1980s and 2000s were more challenging chapters in the NBA. But Jordan’s Bulls are the greatest dynasty in American sports because, independent of era, nobody would feel good about betting against Jordan. 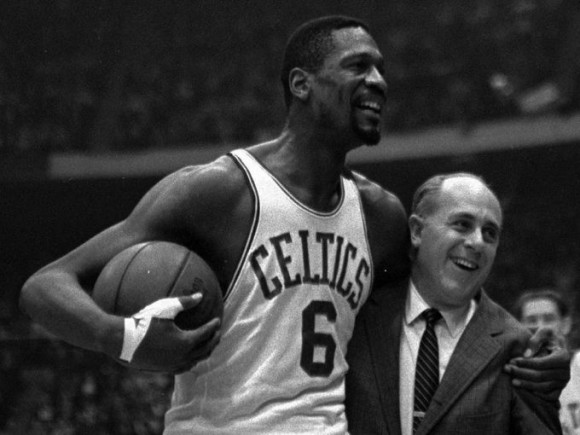 When choosing between the best and second-best iterations of a given entity – such as an NBA dynasty, the emphasis should fall on the excellence of the better version, because it’s not as though a dynasty embodies inferiority. This is a matter of degrees and measures – small ones – and the act of highlighting the better dynasty will unavoidably unearth something the lesser dynasty can’t quite match.

The fans of the team on the short end of this discussion will get upset – hello, Chicagoans – but they shouldn’t. First of all, one person saying the 1990s Bulls are “only” the second-best dynasty of all time doesn’t make them so. There are plenty of arguments to be made that the Bulls reign supreme. Second, as a result of all the Bulls achieved in the 1990s, they are exceeded in NBA titles by only two organizations, the Celtics and Lakers. Not even the San Antonio Spurs have caught the Bulls on the all-time title list. Chicago fans can allow the enormity of their team’s achievements to speak for itself.

That’s the heart of the argument.

On so many levels, these teams – separated by 22 years in terms of the end of one dynasty (the Celtics in 1969) and the beginning of the other (the Bulls in 1991) – own similar levels of achievement. The Celtics won more total titles in their window of dominance (nine titles in the 1960s, compared to six for the Bulls), but Chicago played in a much tougher era, when there were more teams and more playoff rounds. The larger process of navigating an NBA season was more of a grind in the ‘90s than it was in the ‘60s. So, that’s about even in terms of achievement. If both teams had won the same amount of titles, the Bulls would have easily won the debate.

Both teams also met opponents which simply didn’t have good centers. The Celtics, against almost all of their 1960s Finals opponents – the Los Angeles Lakers in most cases – did not have to worry about an elite pivot. Jim Krebs, Gene Wiley, Darrall Imhoff, Erwin Mueller, Leroy Ellis.

The Houston Rockets of 1994 and 1995 were a big matchup problem for the Bulls, because of Hakeem Olajuwon in the middle, but the two teams never met in the Finals. Houston broke through in the two seasons Michael Jordan didn’t start (he of course joined the Bulls midway through the 1995 season). This doesn’t hurt the Bulls, but it does lead back to the reason why the Celtics achieved just a little bit more than Chicago: 1969. 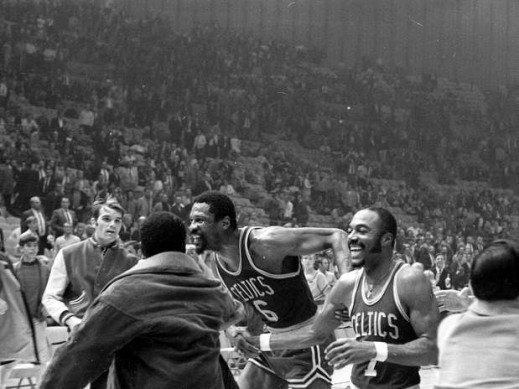 The balloons Laker owner Jack Kent Cooke put in the rafters of The Forum never did fall. Bill Russell had a way of making sure the Los Angeles Lakers’ dreams were never realized… not as long as he was on the other side of the court in an NBA Finals.

Jerry West and Elgin Baylor got the Lakers to one Finals series after another in the 1960s, but without a great center, Russell was able to hold court near the rim and control the action. Wilt – not by himself, but in concert with West and Baylor – was supposed to tip the scales.

It didn’t happen. Sure, West physically struggled during the 1969 Finals, and yes, the Lakers caught a lousy break late in Game 4 on a disputed call in the final 10 seconds when leading by one point with the ball. Baylor was ruled to have stepped out of bounds, but the call was questionable. The Celtics got the ball, scored, and won, evening the series at 2-2 and staying even for the duration of the series. Boston won a close Game 7 in Los Angeles to keep West and Baylor “0-for-Finals.” Wilt Chamberlain powered through Russell in 1967 with the Philadelphia 76ers, but he couldn’t solve Russell with two of the 20 best NBA players of all time (West and Baylor).

The ability of the Celtics – at the very end of their dynastic run, with an aging player-coach and a lack of homecourt advantage – to topple the loaded Lakers, who had brought in one of the all-time greats (with years left in his career, mind you) for the specific purpose of beating Boston, represents a feat the 1990s Bulls just don’t have on their resume. There’s simply no equivalent achievement from the Bulls’ side of the ledger.

This isn’t about what Chicago failed to do; it’s about what Boston managed to do in 1969.