It’s NBA Finals week, though the gap between the conference finals and the Big Finals feels more like a month.

Those who are 65 years of age or older were captured by the Celtics-Lakers and Celtics-Sixers battles of the 1960s. Fans in their 40s or very late 30s grew up when the NBA came of age and gave us the golden decade of the 1980s: Magic-Bird was the centerpiece, while the Sixers and Pistons were the other great teams at the two bookends of the decade. Fans in their 30s or very late 20s grew up in the 1990s, the decade of Michael Jordan and the Chicago Bulls’ dynasty. Today’s teenagers might have been able to see Shaquille O’Neal in his prime, but they’ve definitely been able to grow up with Kobe, Tim Duncan, Dwyane Wade, and now — most centrally — LeBron. Being able to witness Bron Bron versus Stephen Curry will provide young basketball fans with their newest Finals photo album. It’s how the sport grows.

We cherish the Finals. It’s the stage where greatness is confirmed and conferred upon the greatest players and teams of our time. The baton gets passed through the decades, but there’s always a younger generation of fans that will be built based on a certain Finals series. This is the formative moment in the young lives of many American basketball watchers. The Finals, like any other showcase sporting event, have that power.

Accordingly, then, The Finals need and deserve great music. Sadly, ESPN/ABC junked their much better theme from a decade ago:

The current ESPN/ABC theme is a bland and far less memorable composition, as are most network themes for sporting events.

Two of the best music themes of all time are NBA themes played at the Finals. They don’t exist today, but not because networks have left them behind. You don’t hear these themes today because the networks which aired them don’t broadcast basketball anymore.

Crossover Chronicles colleague Joseph Nardone makes the case that John Tesh’s Roundball Rock, the NBA on NBC theme from the 1990s, is the best NBA (and NBA Finals) theme of all time. Joe probably speaks for the majority in this case, and there’s nothing wrong with that. Roundball Rock is an excellent theme, one which conveys the excitement and the fast pace of professional basketball, but not without conveying a sense of the drama and electricity which permeate an arena just before tip-off. It’s a marvelous theme, and no sane NBA (or NBA music) commentator would dare take shots at such a theme.

However, in the opinion of this analyst, NBA Finals Week should call to mind the one theme that surpassed the NBA on NBC as the best in pro basketball history: CBS’s updated version of its original 1983-1988 NBA theme.

You will recognize this as part of the graphics package for the 1983-’88 NBA on CBS theme: 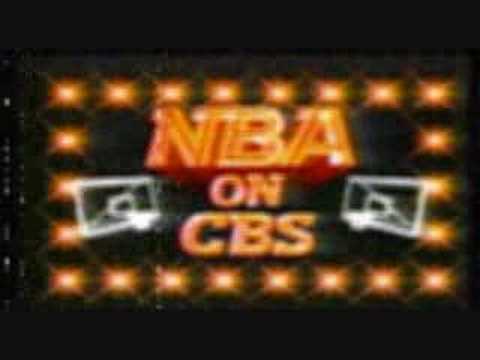 This is another part of that graphics package: 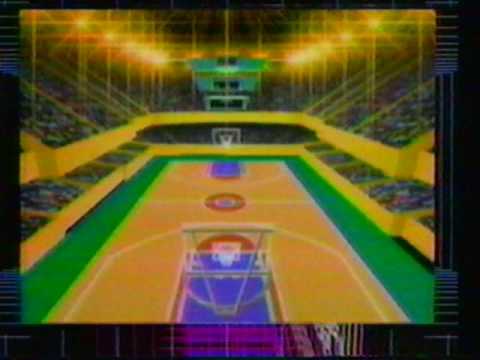 People might not love the theme which accompanied these graphics as much as they love Roundball Rock, but for the many fans who were newly brought (or brought back) to the NBA by Magic, Bird, and the Doctor, this was the first great NBA soundtrack on network television. If you’re of a certain age, you recognize it instantly.

However, what gets overlooked in a discussion of CBS’s NBA theme is that in 1989, it was given a makeover. The graphics were also changed, as seen here: 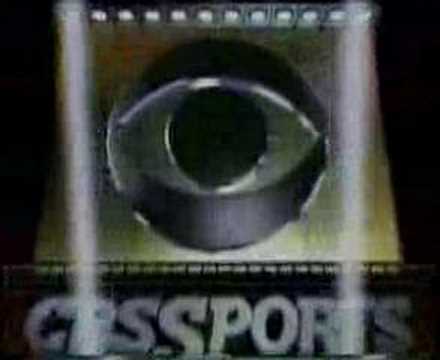 The structure and the robust quality of the theme remained intact, but they were given major infusions of added texture and force. The NBA on CBS theme used for the 1989 and 1990 NBA Finals possessed a more orchestral feel, with more instruments and personalities. A jazz-flavored opening sequence gives way to a more elongated version of the old CBS theme. A new ending carries a rock-and-roll edge, dramatically increasing the level of energy the viewer/listener feels as the theme ends and gives way to the in-arena musical portion of the game introduction.

Here is the first time the new NBA on CBS theme aired, on the night of Game 1 of the 1989 Finals between the Lakers and Pistons:

As we close this piece, it should be clear that absolutely no ink, text or bandwidth was used to diminish the NBA on NBC theme. That’s a great theme, authored by Tesh, ironically a former reporter for CBS Sports in the earlier part of the 1980s.

However, as wonderful as Tesh’s own NBA theme turned out to be, CBS’s souped-up version of the original — its 1989 and 1990 theme — is the best network music the NBA Finals has ever received.