Before the 2015-’16 season, I talked to ABC/ESPN play-by-play announcer Mike Breen and color commentators Jeff Van Gundy and Mark Jackson about the upcoming NBA season. We’ll be running some of their best predictions, stories and opinions over the course of the first month of the season. 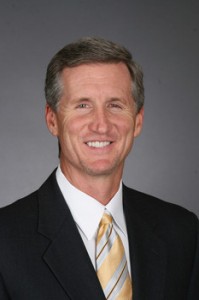 “I’m just an enormous Tim Duncan fan,” Breen said. “To watch Duncan and the Spurs be title contenders year after year — to still have a chance at a championship — it’s one of the most extraordinary stories in all of sports.

“I remember seeing them in the playoffs five or six years ago, and I remember I was on the air. And I said something along the lines of, ‘Well fans, enjoy Tim Duncan because we don’t know how much longer we’re going to have him.’ And here he is five or six years later, still performing at a high level, still leading his team to a chance to win a title.

“I don’t know if there’s ever been a more humble superstar, future Hall of Famer, as Tim Duncan. (He’s only) about the team. He never embarrasses his teammates, he never embarrasses an opponent. He doesn’t taunt. Doesn’t get involved in any off-the-court (trouble). He’s just a perfect role model for what you want your star player to be.

“I’m old-fashioned, but if he makes a big play he’s not pounding his chest and drawing attention to himself, he just turns and he goes onto the next play. There’s such a humility about him that I think all of us can learn from. It’s really incredible. If you see a fist pump out of him, you say, ‘Wow, look how emotional he’s getting.’ 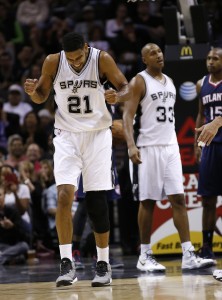 “I don’t know him very well — we’ve talked many, many times, but he’s a very private man. He’s always been cordial and nice, but he really wants to stay out of the spotlight. And his ability to do that despite being truly one of the greatest players to ever play the game, is pretty incredible.

“I’ll say it again at some point this year — enjoy him while we have him, because I don’t know if we’ll have many more like him.”