Phoenix rode Eric Bledsoe’s near triple-double (26 points, 10 rebounds and nine assists) and Brandon Knight’s 14 for 22 shooting (including 6 for 10 on 3s) to victory on Thursday. The Suns were up 20 over the Clippers heading into the fourth quarter and eventually won, 118-104, behind the 63-point explosion from their starting backcourt.

The victory, broadcast nationally on TNT, should be a much bigger deal for the Suns than it is. Unfortunately, the win comes with a hefty caveat — Chris Paul and J.J. Redick, the Clippers’ starting guards, were out with injuries. In fact, the Clippers lost Blake Griffin to a pair of technical fouls before the second half, and DeAndre Jordan banged his shoulder on the backboard rejecting a Bledsoe drive, and wasn’t nearly himself the rest of the night.

Alas, the win can be reduced to one team being luckier than the other on one random night in November. Take a step back to see the whole picture, and it’s disappointing. Phoenix won by only 14 on an night when Bledsoe, Knight and Tyson Chandler played down to the final minute, and Mirza Teletovic hit a “Dude, really?” three with seven seconds left to lift the lead.

Phoenix punctured the deflated Los Angeles backcourt from sunrise to sunset, but the Suns also gift-wrapped 19 turnovers — they couldn’t have shown more poise against Austin Rivers and Pablo Prigioni? On the season, only three teams have turned the ball over more per game than Phoenix (16.7 per 100 possessions).

How much of Thursday’s brilliant shooting performance was a mirage? Knight was shooting 34 percent from deep through seven games before lighting up the Clippers’ B-team; Bledsoe was 6 for 19 from the field against Los Angeles on Nov. 2 with Paul harassing him.

The Suns haven’t been inspiring on the offensive end this season. Even after Thursday’s win, Phoenix is scoring 98.8 points per 100 possessions with the second-worst assist percentage in the league, per NBA.com. Only the rejuvenated Wizards are playing faster than the Suns, but perhaps they should slow down — the numbers suggest Phoenix can’t handle (nearly) 104 possessions per 48 minutes. 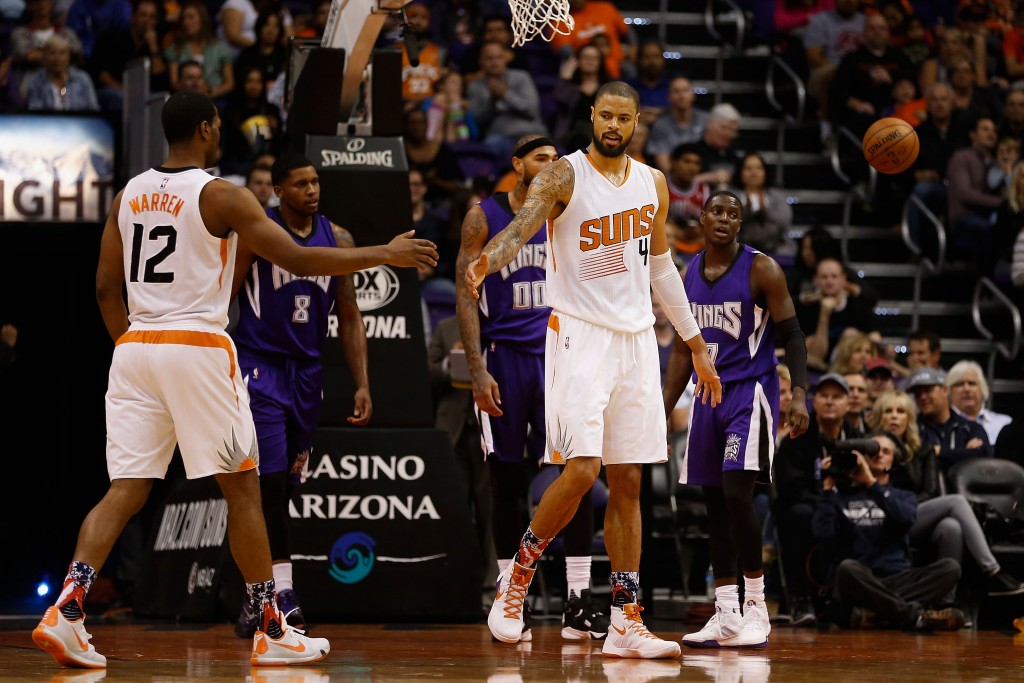 Playing with its hair on fire has cost Phoenix at the defensive end, where the team has looked halfway decent at times, and horrendous at others. Tyson Chandler brings a maturity and rebounding presence none of the young core members have been exposed to before. The Suns are the second-best defensive rebounding team in the NBA, and they’ve posted a defensive rating of 100.6.

The starting lineup has been scoring and defending at appropriate levels, and while P.J. Tucker may be on his last legs as a starting wing, he is an ardent defender who has developed excellent chemistry with Bledsoe and Markieff Morris the past few seasons. Switch out Tucker for T.J. Warren and the lineup falls off a cliff; Warren’s funky interior scoring game works much better within secondary units, and the starters need Tucker’s perimeter defense.

Bledsoe can ramp up his defense to center-of-the-earth whenever he wants; he’s among the most physically gifted guards in the league. Whether you’re Ersan Ilyasova or Blake Griffin, if you think you can intimidate Bledsoe on a switch in the pick-and-roll just by being taller, you have another thing coming.

That’s Bledsoe blowing up the strongest point guard/power forward pick-and-roll combination since Stockton/Malone by simply digging in and pouncing on the lazy pass. Shame on Paul for throwing it.

Bledsoe is averaging 2.1 steals through eight games. Opponents are shooting four percent worse behind the three-point line when he’s guarding them, and two percent overall, per NBA.com. An uptick in rebounds and blocks from last season could go a long way toward enabling Bledsoe to contend for a spot on the NBA All-Defensive Team.

Let’s not jump the gun, though. Nobody should be recognized for outstanding defense in Phoenix while the team is as sloppy as it is. The Suns are surrendering 17.1 points per game in transition, the third-worst mark in the league behind the Kings and 76ers.

All five players are accountable on these types of breakdowns — if not for letting their man get a clean release, then for not calling the play out. Defense is about communication — right DeAndre? 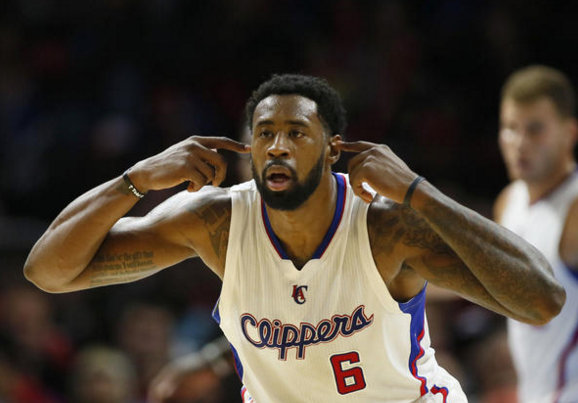 The best communication on the basketball court can overcome most physical limitations a team might have; and in the same vein, while the Suns are a talented bunch, their lack of chemistry leads to moronic lapses. For instance, if you’re playing the Clippers, should Blake Griffin ever wind up wide open without a single player in front of him? No, right?

What if your opponent has a world-class shooter who relentlessly chases open spot-ups around the perimeter? As a team, shouldn’t all five players work in sync to make sure that player never ends up alone behind the 3-point line?

The current crop of Suns hasn’t logged many miles together — management has made sure of that. I’m bullish on the Knight/Bledsoe backcourt, which hasn’t even cracked 500 minutes over 19 games since last season. There is no shortage of long-term questions for this organization — Is Alex Len being stunted by the addition of Chandler? Is Morris a starting power forward on a good team? Can Phoenix swing for the fences and acquire another star player? Who stays and who goes in that scenario?

In the meantime, Jeff Hornacek has proved he can win in this league. The team is talented enough to compete for the postseason in what appears to be a down season in the West. As unappealing as being stuck in the middle of the NBA can look from the outside, Phoenix has been through a hell of a lot in the post-Steve Nash era — some of which it brought on itself, and some it didn’t.

Sad starts in New Orleans and Memphis, not to mention Sacramento, have left the bottom two seeds in the West for the taking. If the team’s brass gives this group the time to work out the kinks on the floor, the Suns have a reasonable basketball goal to work toward. I’m curious as to whether or not this team can make it.