Let the questions begin. Let the think pieces roll out. After the five-quarter collapse we just saw from the Los Angeles Clippers, they’ve invited every word of the negative press they’ll be getting from here on out.

But let’s get one thing straight — L.A.’s no-show in Game 7 is not proof that Chris Paul was born without the clutch gene. If anything, what we learned on Sunday is that the Clippers are completely helpless if their best player is anything less than extraordinary.

Paul was ultimately not the best player on the floor Sunday. That distinction belongs to MVP runner-up James Harden, who cooked the meal, served the fine patrons at the Toyota Center, and washed their dishes after closing time. The Rockets never trailed, picking up where they left off during the fourth quarter of Game 6 and taking Game 7, 113-100.

Harden scored 31 points on 15-for-18 shooting from the foul line. He collected eight assists, seven rebounds and three steals, and had a +12 on the floor for the Rockets. Harden slithered, twisted and crashed to the Earth for 43 minutes on Sunday, leading the Rockets to their first Western Conference Finals since 1997.

An argument could be made that Houston’s most critical piece was its polarizing star big man. Dwight Howard had 16 points and 15 rebounds in 32 minutes, and Houston outscored Los Angeles by 15 points with him patrolling the paint.

Houston coach Kevin McHale could have opted to give the game ball to swingman Trevor Ariza, who cemented why Houston “brought him there” on Sunday with a 6-for-12 3-point barrage, making the Clippers pay time and time again for over-helping on drives. Five of Ariza’s six threes were assisted, mostly on kick outs from Harden.

Pablo Prigioni — months ago a backup point guard for the vile basketball occupant of The World’s Most Famous Arena known as the New York Knicks — was awesome on Sunday. Houston outscored Los Angeles by 20 points when Prigioni was on the floor; each of his four points, four assists and three steals were individually wrapped “Tortoise and the Hare” episodes. His superb outing can be understood as a microcosm for the series at large: The Clippers were simply not deep enough to compete at that pace for seven games.

Folks, if you ever wondered how execs can make impacts on great teams, you now know. Rockets won the series in the board room.

By sheer volume and usage, many of the prominent Clippers finished with big nights on Sunday — Blake Griffin (27 points, 11 rebounds and six assists), DeAndre Jordan (16 points, 17 rebounds, three blocks and four steals) and Jamal Crawford (17 points off the bench).

However, the Clippers were outscored by 12 points with Griffin on the floor, and blown off the floor (-22) with Crawford on the court. Griffin was ghastly on defense, routinely losing track of his assignments — on backdoors for easy twos and on the perimeter for open threes. Crawford built a fully-furnished brick house, shooting 6-for-18 from the field. Jordan was +2 in 39 minutes, but he missed a wide-open dunk late in the game that neutered the Clippers’ attempt at a comeback, and was predictably uninspiring from the line.

Playoff series are often swung by the performance of role players. Game 7 was no exception. J.J. Redick missed seven 3-pointers and finished with only 10 points. Matt Barnes didn’t score. Austin Rivers was unplayable down the stretch. Glen Davis had a -10 in five minutes of basketball.

While Houston’s lengthy, versatile roster dominated Los Angeles on the perimeter and in transition, the Clippers watched another year of Chris Paul’s prime go down the tubes because of their shockingly handicapped bench. 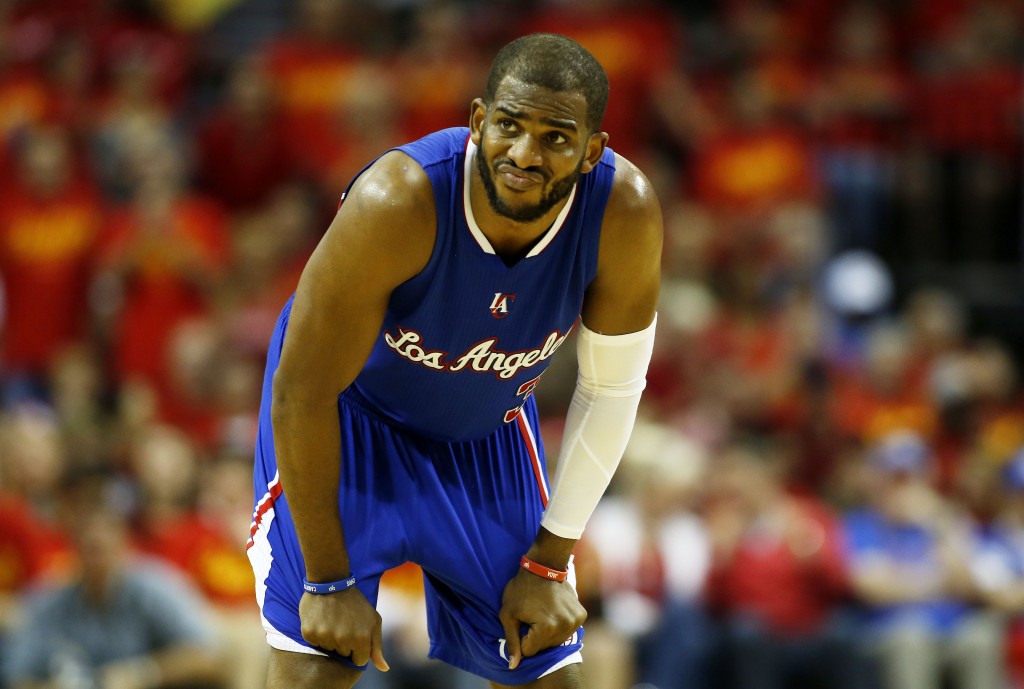 When I wrote about Chris Paul a couple months ago, I had an outcome like this in mind — not necessarily the preposterous dawdling of the Clippers in Game 6, but another premature end in the postseason, nonetheless. The Clippers are a very good team with very serious and flagrantly obvious flaws. Houston exploited those shortcomings and bled them out over seven games — fighting off their own inevitable elimination in the process.

Paul was terrific on Sunday, scoring 26 points on 9-for-20 shooting. He handed out 10 assists and swiped four steals. The Clippers applied pressure on the Rockets on several occasions in the fourth quarter, as Paul and Griffin led them on a run that twice cut the lead to eight points, but Harden and Ariza were diligent offensively, hitting decisive buckets the break up the Clippers’ final runs.

The debate will rage on whether or not Chris Paul is capable of leading a team to the promised land. However, the entire basis of the argument is faulty — that somehow having Paul on your team depreciates your team’s chances of winning basketball games. The reality is that the Clippers are both good enough to take down the defending champion Spurs and wonky enough to drop three straight games to the mostly unproven Rockets. It’s frustrating, and as two of the biggest starts in the sport, Paul and Griffin have had to take ownership of their failures.

Before you call for the Clippers to break up their nucleus, or swear off all Chris Paul-led teams from now on, consider just how it is that the Rockets took hold of this series. Houston won this series in the trenches, on the open market with the critical additions of Prigioni, Corey Brewer and Josh Smith, and in transition with their fresh legs and active arms. The Clippers lost this series at five positions: players No. 6-10 — with an unflattering bench depleted on multiple occasions by the shortsighted decision-making of GM Doc Rivers, who didn’t help out head coach Doc Rivers.

Chris Paul didn’t lose this series, and to insinuate as much ignores the unbelievable top-down organizational performance from the Houston Rockets.