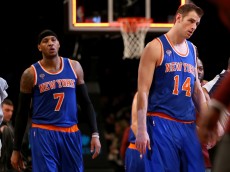 The New York Knicks and Los Angeles Lakers are undoubtedly two of the NBA’s most popular franchises, which probably has something to do with them being based in the United States’ two biggest cities. However, even as Madison Square Garden and the Staples Center continue to fill up to capacity, the respective product on the […] 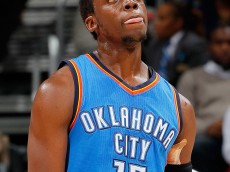 On one of the NBA’s craziest trade deadline days to date, a three-team deal involving the Pistons, Jazz and Thunder that sent point guard Reggie Jackson from Oklahoma City to Detroit may have been one of the most intriguing. Jackson, who reportedly asked for a trade just a few days ago, was a big part […] 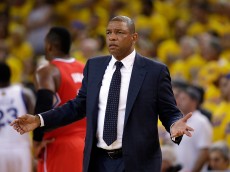 In the stacked Western Conference, it’s very easy to get lost in the shuffle. With teams like the 42-9 Golden State Warriors and 39-14 Memphis Grizzlies, along with five other 30+ win teams at the All-Star break in the conference, there are extremely talented squads everywhere. The argument could be made that a good five […] 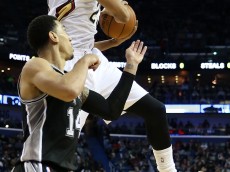 Monday night, the New Orleans Pelicans did something that no other NBA team had been able to do since December 26th, 2014 — beat the Atlanta Hawks. The Pelicans, still without Jrue Holiday, who has missed the last 11 games with an ankle injury that’s expected to keep him sidelined for the next two weeks […] 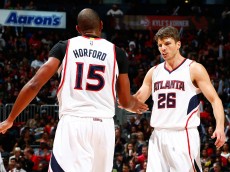 When LeBron James infamously announced he would be joining the Heat in the summer of 2010, the NBA’s first “super team” was officially built, as Chris Bosh of the Raptors would join The Kings and Dwyane Wade in Miami. It was the perfect storm of free agency, media opportunity, and group of superstar players willing […] 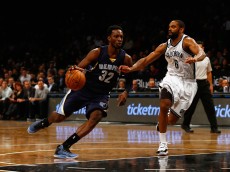 A few days ago, the Memphis Grizzlies finalized a three-team trade with the Boston Celtics and New Orleans Pelicans which landed talented swingman Jeff Green in Memphis and shuffled around a few draft picks and complementary players. Memphis sent Tayshaun Prince and a first-rounder to Boston and Quincy Pondexter to New Orleans, receiving Russ Smith (who […] 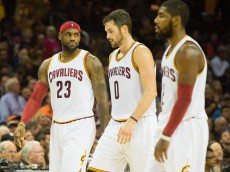 It’s pretty obvious to say that the 2014-15 season for the Cleveland Cavaliers has been far from a resounding success, at least so far. After an offseason which netted them Kevin Love in a trade and hometown hero LeBron James via free agency, along with some lesser complementary pieces, the Cavs were expected to immediately […] 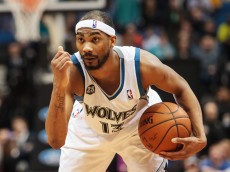 A month after first offering him up to other teams as a useful veteran, the Minnesota Timberwolves have put swingman Corey Brewer back on the trading block yet again as the team enters a rebuilding mode in the wake of star forward Kevin Love’s trade departure this offseason. Brewer, 28, isn’t a star by any […] 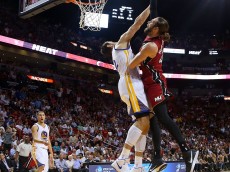 On Monday, news broke that Josh McRoberts—the Miami Heat’s second-biggest summer acquisition—tore his meniscus and was feared to miss the rest of the season. McRoberts, signed for four years and $23 million after a career year in Charlotte with the then-Bobcats, struggled to get into the lineup early this season due to nagging foot, back […] 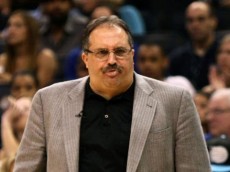 It’s no secret that the Detroit Pistons have been a trainwreck for the past seasons as a casualty of a strangely constructed roster loaded with talent but lacking in any sort of basketball chemistry. That losing culture was supposed to change, at least somewhat, this season due to the team’s offseason hiring of veteran coach […] 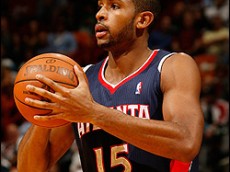 Their schedule may have been a little on the easy side so far to start the season, but the Atlanta Hawks are one of the Eastern Conference’s biggest surprises. Atlanta, under second-year head coach Mike Budenholzer, is 11-6 are are third in the East, and are 8-2 at home. The Hawks were a bit of […] 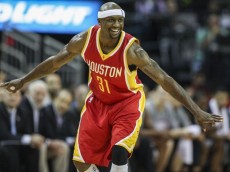 At 37 years old, Jason Terry is clearly past his prime as a NBA player and just is not the sharpshooter or offensive presence he used to be. That became apparent in his lone season (more like half a season) with the Nets, where he ended up in the trade from the Celtics that also sent […] 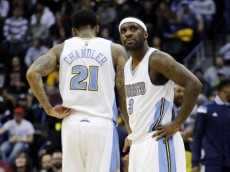 The Denver Nuggets hired Brian Shaw, the highly sought-after coaching candidate who was an assistant with the Lakers under Phil Jackson, to his first head-coaching job in the NBA last summer with high hopes. At the time, Denver was a team brimming with potential and young, explosive player after another. The roster composition is still […] 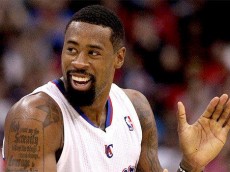 While 5-3 would be a pretty good record for most NBA teams through eight games it is actually a little disappointing for the Los Angeles Clippers. Last season was also disappointing for the Clippers, as they lost in the Western Conference Semifinals to the Oklahoma City Thunder in six games. That has carried over to this […] 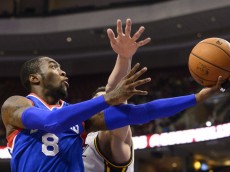 It is pretty clear the Philadelphia 76ers are going to be one of the worst teams in the NBA this year, a presumption highlighted by the fact that they are the only winless team left in the league. At 0-7, things are not going well for Brett Brown’s squad. This really is not that surprising considering Philly’s roster, which […]