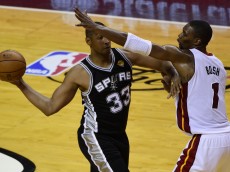 He may be poked fun of his weight struggles, but Spurs’ Boris Diaw showed off he is quite lite on his feet in a new commercial for healthy living. Titled “Man on the Move”, Diaw is shown dancing as he wakes up while a health counter is ticking away all the while checking in on […]

Considering it is Memorial Day, why not take a step back in time to 1999 in San Antonio at the Alamo Dome where former NBA’er Sean Elliott made what is arguably the greatest basket made on this day – “The Memorial Day Miracle.” With just a mere 12 seconds left on the clock and the […] 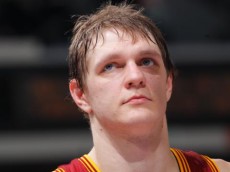 Well I wouldn’t want to see this face in a dark alley! The Cavs got a huge win on the road against the Bulls thanks in large part to LeBron James hitting a crazy game-winner. But lost in the shuffle of the Cavs’ win, was center Timofey Mozgov who celebrated with passion enough to scare […] 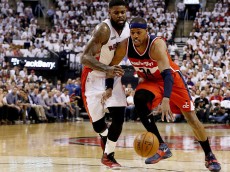 Well that was fast. Soon after Wizards’ Paul Pierce broke the hearts of the Hawks and their fans with a bank shot to win the game, Pierce exclaimed tot he world he didn’t call bank…. he called game! Well it didn’t take too long to capitalize on the phrase and already being trotted out are […] 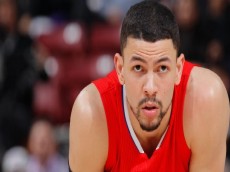 Ughhhhh! Clippers’ Austin Rivers may need to work on his dribbling skills because against the Rockets in Houston, he didn’t impress. While on the fastbreak, Rivers went for the behind-the-back dribble only to see the ball come loose and he go flying across the court trying to scramble to recover the ball.

Bloguin’s own Project Spurs‘ Jeff Garcia, Chelsea Torres, and Ryan McCallum sat down to discuss what happened to the San Antonio Spurs unsuccessful attempt to defend their NBA title.

Was is old age? Was youth served over experience? Did Popovich have any blame?

Also on the show, the trio looks ahead at the Spurs’ future and the free agents on the roster as well as the future of guard Manu Ginobili. Will he or won’t he retire after looking like a shell of his former All-Star self. 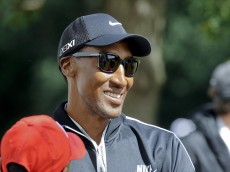 Ohhhhh soooo close! Bulls legend Scottie Pippen was at the Cavs-Bulls Game 1 semifinals match to lend his support but maybe for at least one play, he wished he didn’t go. Joakim Noah found himself under the rim, all alone, with ball in hand, open for a layup. Easy hoop right? Wrong! Noah blows the […] 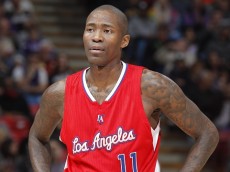 You want to see what it is like to have confidence in a teammate? Then check out Clippers’ Jamal Crawford after he passes the ball to JJ Redick during game 7 of the opening round versus the Spurs. Jamal was so confident JJ’s three-pointer was going in, he started to walk away to get set […] 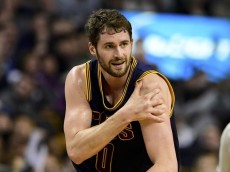 This is for all you Game of Thrones fans who also love the NBA and the postseason. In the latest installment of “Game of Zones” we see a cocky Clippers’ Blake Griffin and Chris Paul, Warriors’ Stephen Curry as a king, Cavs’ LeBron James calling out Kevin Love and so much more hilarity. 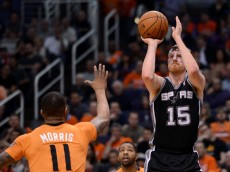 Look I get it. By now Clippers’ DeAndre Jordan is probably sick and tired of being hacked by the Spurs in their series. Lat night’s Game 4 was no exception as the Spurs once again resorted to hacking the L.A. center sending him to the line which eventually led to the Spurs’ win. But at […] 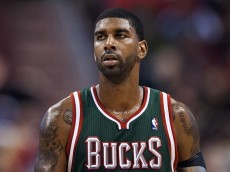 This flop is epic! Bucks’ OJ Mayo showed the universe how a flop is supposed to be executed against the Bulls. In one motion, Mayo acted like he got hit by a moving car, contorted backwards in an aggressive fashion, “gracefully” collapsed to the court and sold it to the refs. Check out this thing […] 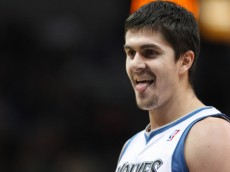 Sooooo Darko is having fun post-NBA! Darko Milicic was filmed having himself a blast. And by “having himself a blast,” I mean going shirtless at what appears to be a family function, chugging brew with no hands, singing out loud and making sure his tattoos are also guzzling beer. I’ll just leave this here. 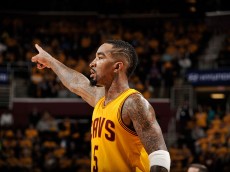 Well this was a cheap hit. During the Cavs-Celtics game, things were getting heated when JR Smith decided Jae Crowder didn’t need his teeth anymore and cracked his jaw in with a cheap shot. Aside from getting tossed, needless to say, Smith will definitely be receiving a hefty fine and possible suspension for this stupid […] 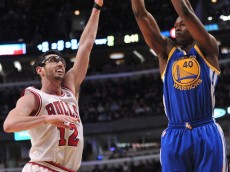 And the envelope please. Oh my! Wow! And the award for the best flop of the night in the NBA goes to… Warriors’ Harrison Barnes. (crowd applause) Barnes, whose flop on Pelicans’ Anthony Davis, pulled off the ac in classic fashion with whipping head, falling to the court as if hit by a punch from […] 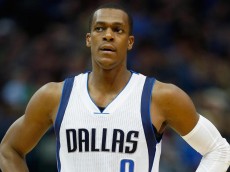 Pour some out for Mavs’ Rajon Rondo as a member of the Dallas Mavericks. After a no-so-good game in Game 2 of the Rockets-Mavs series, the Mavs, coach Rick Carlisle and Rondo seemingly have seen their days together being done as Rondo will be out of action due to “back issues.” Uhhhh yeahhhhhh righhhhtt! So […]