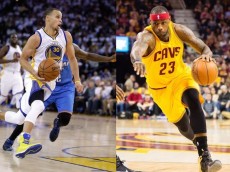 The Cleveland Cavaliers began this long season in late October with the hope that after losing the 2015 NBA Finals, they could eclipse the Golden State Warriors in the league’s pecking order. On Monday, January 18, they realized that was not likely to happen… unless the Warriors failed to make the 2016 Finals, felled by […] 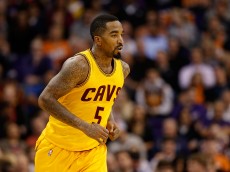 The Golden State Warriors survived J.R. Smith in last year’s NBA Finals — mostly because they were better than the Cleveland Cavaliers, but partly because J.R.’s shot didn’t come alive until it was too late for his team. Remember how Game 6 ended? It was seemingly a done deal midway through the fourth quarter. The […] 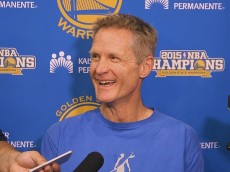 If I had to identify the coach who performed better in the just-concluded Western Conference Finals, I would rate Billy Donovan higher than Steve Kerr. However, this hardly means Kerr performed poorly. Kerr’s lineup combinations were not as effective or transformative as Donovan’s roster manipulations, but the coach of the Golden State Warriors crafted a […] 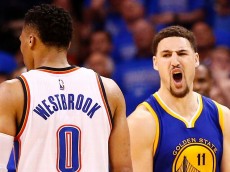 One of the most enduring debates in the NBA the past two seasons has involved the Golden State Warriors’ second- and third-best players, Draymond Green and Klay Thompson. You will note that Draymond is positioned first and Klay second. That’s because I firmly thought Draymond was the better — or if not better, more indispensable […] 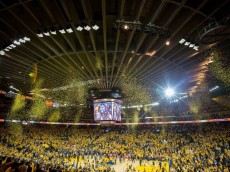 The NBA playoffs almost always reward resilience. Only in a few rare cases does a champion not have to deal with some degree of turbulence in the postseason. One example is the 1983 Philadelphia 76ers, who swept two series and won a third in five games after leading 3-0. The ’83 Sixers, however, represent the […] 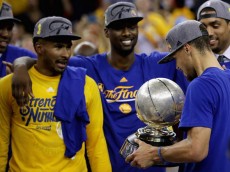 “Strength In Numbers.” Like “ALL IN” or “WE BELIEVE,” the words can so easily represent a cheap slogan which can be appropriated by other teams. Strength In Numbers. Of course every team is a family, a group, a unit which is more than the sum of its parts. At least, a team better be more […] 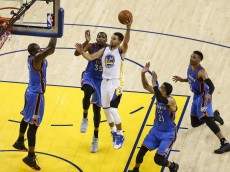 Greatness. You know it when you see it. Yet, counterintuitively, greatness transcends its most obvious manifestations. It is in the nature of greatness to transcend. Such is the reality of the Golden State Warriors on Tuesday morning after their Game 7 survival act against the Oklahoma City Thunder in a memorable Western Conference Finals. It’s […] 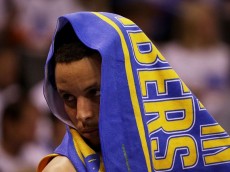 It’s gameday — Game 7 day. The Oklahoma City Thunder and Golden State Warriors have captivated us for two whole weeks. The journey ends where it began, on a Monday inside Oracle Arena. Either way, the resolution of the Western Conference Finals will reverberate through the NBA. Either the Thunder arrest their slide and win […] 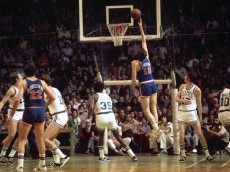 Any Game 7 in a conference final carries its down dramatic and personal weight for the competitors involved, but Game 7 of the 2016 Western Conference Finals contains the added weight of history. So many historical twists and turns end Monday night in Oakland. The NBA will witness a rare occurrence in its 70th season […] 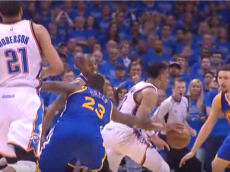 One specific moment stood out in the final minutes of Game 6 of the Western Conference Finals… for the worst reasons. In the cover photo for this story, you can plainly see Draymond Green whacking Russell Westbrook’s arm, causing the ball to go out of bounds off Westbrook. No foul was called live, so when […] 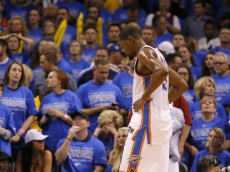 Kevin Durant experienced the best of times over the past three and a half weeks. He experienced the worst of times Saturday night in Game 6 of the Western Conference Finals. Durant’s defense, not his offense, has been one of the revelations of these playoffs. Billy Donovan has squeezed more and better defense out of […] 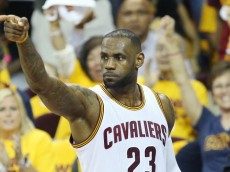 LeBron James is a terrible leader. You might be surprised to think this opinion can possess such a shelf life, given that LeBron has reached a sixth straight NBA Finals, the best display of uninterrupted annual consistency in this league since Bill Russell. However, the constant media circus surrounding No. 23, fed by national carnival […] 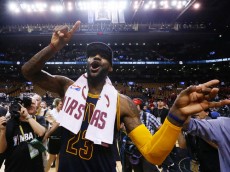 Cleveland is starving for a world championship in professional sports, but on Friday night in Toronto, its Cavaliers once again found a place at the table in the NBA Finals. In an unprecedented basketball moment, a turn of events not seen in northeastern Ohio in over 50 years, a team from “Believeland” earned the right […] 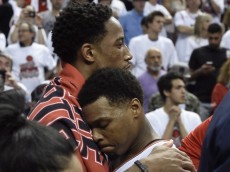 The Toronto Raptors became, in the end, the NBA’s most inconvenient team of 2016. Dwane Casey’s ballclub embodied numerous contradictions and tension points. The Raptors carried sharp contrasts into the playoffs. They developed more contrasts during the playoffs. They leave the postseason as a team whose future can easily be spun in a positive or […] 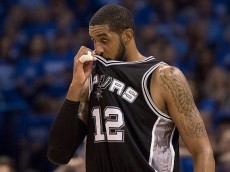 Oh, to be a fly on the wall in the offices (and personal homes) of the San Antonio Spurs right now. What must the Spurs — coach by coach, player by player, support staffer by support staffer — be thinking as they watch the Oklahoma City Thunder lay waste to the Golden State Warriors in […]