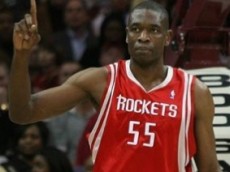 Dikembe Mutombo Mpolondo Mukamba Jean-Jacques Wamutombo. The name alone is Basketball Hall of Fame worthy, Just ask the man himself. The man who ranks second in NBA history in blocked shots, behind Hakeem Olajuwon, thinks he belongs in the Hall along with his fellow African-born dominant pivot. As he told the Associated Press at an NBA […]

Rudy Gay became a Toronto Raptor last week and you would be excused for thinking that he had been liberated from a Grizzly prison upon his departure from Memphis, if you listened to his comments this week on Toronto radio. That is right: the man formerly known as the highest paid man on the Grizz […] 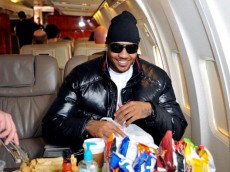 New York Knicks star forward Carmelo Anthony revealed this week that he has just completed a 15-day fast. That is right, the guy that is averaging 32.3 points per game, 6.5 rebounds per game and 4.3 assists per game during January has been going without most food during that period. Apparently this is a yearly ritual for […] 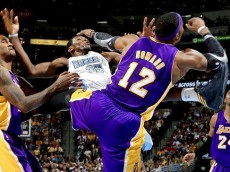 The NBA has fined the Los Angeles Lakers' Dwight Howard $35,000 for his flagrant foul on Kenneth Faried of the Denver Nuggets. The fine was announced by NBA executive VP of Basketball Operations, Stu Jackson on Thursday.  The flagrant foul in question occurred with 5:02 remaining in the third quarter of the Lakers' Wednesday loss […]

Clearly we are no longer in the 1980s (or 1990s, as Blake Griffin would have you believe… read on). When making a television commercial, it is no longer sufficient to (1) present a product and (2) attach a famous sportsperson's face to it and (3) profit. Whilst back in the day many TV spots featuring […] 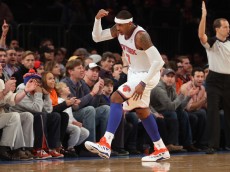 Charles Barkley is never one to be short of an opinion.  The New York Knicks are never short of opinions on their performance. It was only natural that Chuck would proffer a critique of the Knicks and their surprisingly potent NBA season to date. Newsday quotes Barkley as such: Everybody in New York thinks the Knicks are […] 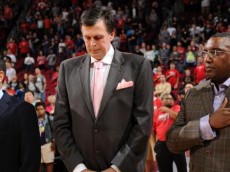 This weekend saw the return to basketball of Houston Rockets coach Kevin McHale.  The former NBA All-Star has been away from the game since the tragic November 24 death of his daughter. Sasha McHale died of Lupus-related complications and was only 23-years old. Before the Rockets took on the Dallas Mavericks, McHale spoke of the […]