There are some people around Portland and within the Portland Trail Blazers fan base that would prefer Greg Oden’s tenure with the Miami Heat to be a bust. It is true. The logic — or at least some twisted vision of reality — is that, with everything the Blazers organization invested in the former No.1 […]

Come this season in Detroit, we will find out if Brandon Jennings is a man of his word or a Chris Paul doppelganger. Since joining the Pistons in a point-guard sign-and-trade swap that sent Brandon Knight to the Milwaukee Bucks last week, Jennings has gone on record to say that running with a front-line of […]

Slow and steady. That has been the Philadelphia 76ers approach to everything-basketball since Sam Hinkie took over as new team president and general manager and it doesn’t appear that turtle-like strategy will change anytime soon. Back in May after coming over from the Houston Rockets, Hinkie said he was, “just trying to use information to […]

If Marcus Camby is going to win an NBA title this coming season, it will not be with the Miami Heat. Instead, the 17-year veteran center is Houston bound once again according to multiple reports. As expected, Camby will sign a one-year contract with the Houston Rockets for the $1.4 million minimum after narrowing down […] 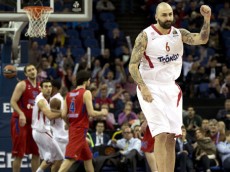 The Atlanta Hawks front line rotation is going to be a tough load to handle in the Eastern Conference this coming season. Al Horford, Paul Milsap and Elton Brand will hold down the paint, while Mike Scott (non-guaranteed contract) and draft picks Lucas Nogueira and Mike Muscala (both still unsigned) are part of the equation […] 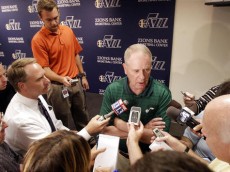 In the business of the NBA, analyzing rumors from all possible angles simply comes with the territory for the numerous media coverage dedicated to every facet of the game. Trades get leaked. Front office and head coaching changes are reported days – sometimes months — in advance. Heck, some reporters and columnists actually never have […]

December 5, 2009. That is the last time Greg Oden appeared in an NBA game. All the rumors and reports since then have ranged from retirement to annual comebacks for the former first overall pick in 2007 by Portland. But this time a return to the league inches closer with each day as probably the […]

It is hard to argue against Marcus Camby’s 17-year NBA career and the experience he brings to any team in the league at 39 years old. So do not just assume this is another roster filler free-agent signing that is about to go down over the next few days. Far from it. Camby cleared waivers […] 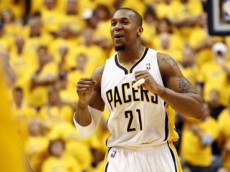 He wanted to come back. The team adamantly let it be known they wanted him back. So, it is no shock that David West and the Indiana Pacers have reached a verbal agreement to finalize a 3-year deal, worth a reported $36 million according to

Every single Los Angeles Clippers fan can rest a lot easier today thanks to Chris Paul. And they did not even have to wait one full day into free agency to get their man — or in this case, keep their man. According to a number of published reports, Paul has verbally agreed to a […]

When we look back on this 2013 NBA Draft, there are a couple highlights that will come to mind… Anthony Bennett going No. 1 overall to Cleveland, that tiny Boston Celtics hat sitting aloft Lucas “Bebe” Nogueira’s stellar afro, and Hakeem Olajuwon’s gracing the draft stage and embracing the outgoing David Stern as the commish […]

Sometimes the best part about the NBA Draft is the backstories that accompany the young on-court talent we have all been discussing over the last few months. And come Thursday night in Brooklyn, the best backstory could easily belong to Giannis Adetokunbo.Not only has the 18-year old who recently became a Greek citizen and sent […]

If Marcus Fizer’s second chance at a first impression works out in the NBA, that chance could come with the Golden State Warriors. The comeback is officially underway. Last week, Fizer and a handful of former NBA players and veterans underwent a two-day workout with the Warriors, with the free agent mini-camp participants including Solomon […]

We have been down this retirement road before with Brandon Roy, but it never gets easy reading the warning signs along the way. This time is no different. From Rookie of the Year to All-Star to waived with the Portland Trail Blazers, to spending a season away from the game before a comeback with the […]