Everyone was doing their best not to make too much of a big deal out of Thursday’s matchup between Dwight Howard and the his supposed top landing spot, the New Jersey Nets. Avery Johnson’s focus was on adjusting his lineup to get better starts — Sundiata Gaines and Memo Okur moved into starting roles Thursday […]

This isn’t your uncle’s Indiana Pacers. Long gone are the days of Reggie Miller, Rik Smits, Mark Jackson, and the Davis Boys. They’ve since been replaced by the likes of Danny Granger, Roy Hibbert, David West and Darren Collison and there probably isn’t a more slept on 2-0 team in the NBA right now than […]

As the Cleveland Cavaliers took to the floor against the Detroit Pistons for each team’s second game of the season on Wednesday, so too did three of the Top-8 selections from this past June’s Draft. While Tristan Thompson, the 4th overall pick by the Cavaliers, was already impressive himself in his debut on Monday (12 […]

After the Phoenix Suns

As soon as Chris Paul was traded to the Los Angeles Clippers, joining Blake Griffin, DeAndre Jordan, Caron Butler and Chauncey Billups, the hype machine got going. Reminiscent of the hype surrounding the Heat before last season, many NBA pundits were putting the Clippers in the Western Conference Finals and dubbing them the new super […] 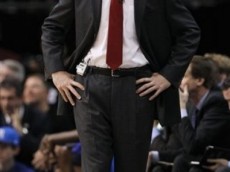 Every head coach in the NBA can prescribe to this theory and every fan saw it coming long before the lockout even concluded:  Poor conditioning is killing the flow and smooth play of games on a nightly basis.  No team is feeling those tired legs these days more than the defending NBA champion Dallas Mavericks. […]

The Oklahoma City Thunder seem to be the majority pick to represent the Western Conference in the NBA finals. They’re definitely my pick and a 3-0 start helps back up the prediction, but they haven’t resolved one of the biggest issues that kept them from the finals last year: the inconsistent play and immaturity of […] 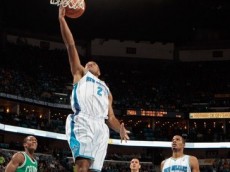 Every morning, we’ll have a look at the previous night’s action in a round up of recaps and reactions from around the web. The Big Headline The Boston Celtics fell to 0-3 after a blowout loss to the New Orleans Hornets, who were playing without Eric Gordon and the The New York Knicks faded in […]

It might surprise you to know Andray Blatche is a team captain for the Washington Wizards. The sometimes moody Blatche is a middling player, averaging a career-high 16.8 points per game and 8.2 rebounds per game, although he shot just 44.5 percent from the floor and seemed to favor his mid-range jumper more than any […]

Before Monday night’s game against the San Antonio Spurs, Memphis Grizzlies forward Zach Randolph was quoted in the Memphis Commercial-Appeal as saying the Grizzlies front court wasn’t getting the respect they deserved. Randolph’s comment was fueled by Magic Johnson claiming the New York Knicks had the best front court, comprised of Tyson Chandler, Amar’e Stoudemire […]

The New Jersey Nets have high hopes this season. With Deron Williams on board for a full year, New Jersey was thinking playoffs and probably a little bigger thanks to Dwight Howard making it known Brooklyn is his favored landing spot. Williams has all but told Billy King and Mikhail Prokhorov he will stay with […]

The tenants of “Lob City”were not built upon the idea of Chauncey Billups hoisting nineteen shots per game and Chris Paul playing shooting guard. The pieces of this Los Angeles Clippers puzzle were meant to fit in such a way that lob passes floated like clouds, endlessly through the Staples Center sky, resulting in thunderous […]

It’s always been clear that the Atlanta Hawks want to keep Joe Johnson around. Why else would they pay him a contract that seems way bigger than any NBA player’s should be? But when you get paid $124 million, every move you make is going to get put under a microscope. If you let the […]

The Golden State Warriors got some great news regarding their star point guard, Stephen Curry, and his injured ankle. X-rays proved to be negative on his surgically-repaired right ankle but the Warriors will be cautious and will list him as day-to-day so it is possible he could play in tonight’s home game against the New York […]