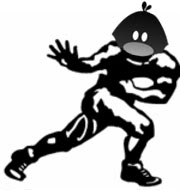 Week four of the College Football Season is in the books. Texas A&M to the SEC is officially official and Oklahoma State gave them a nice kick on the way out. The Florida Gators look like they are back and LSU never left. But you aren’t here to talk about the games, you are here to talk about the players. Last week was week three of the Bloguin Heisman Poll as Marcus Lattimore made his move with a 246 yard performance against Navy. Did he hold his lead this week or was there somebody who impressed the voters even more than Lattimore?

This Week: at Kansas State

* Robert Griffin was not a one-week wonder. Griffin has 13 touchdown passes and just 12 incompletions this season. Griffin had 394 total yards against Rice with six touchdowns in leading the Bears to a 3-0 start. Griffin has thrown for 944 yards and run for an additional 168 yards.

* I’m elevating RG3 to the top spot this week for a couple reasons. First, he is playing phenomenally well. Honestly, no quarterback in the country can match what he has done so far. Second, I think he’s even more important to his team’s success than the guy I have at No. 2 (Kellen Moore).

* I’m on board the RGIII band wagon, although I’m interested to see what he does against some of the better teams he will face this season, including Texas A&M, Oklahoma State and of course Oklahoma. The stat that has been making the rounds around the Internet the past couple days is that Griffin has 13 touchdowns and just 12 incompletions (zero interceptions). Is it the system? Perhaps partially, but Griffin III is doing some magical things when he is on the field. After watching the quarterback situation unfold in State College, every chance I get to watch Griffin III is pure joy.

This Week: vs Auburn

* The South Carolina tailback remains atop my Heisman list with 611 rushing yards and eight TDs. He also has a TD through the air and 139 receiving yards for the Gamecocks. Though only a sophomore, he has literally carried his team to a 4-0 record overall record and 2-0 in the SEC.

* With 600 rushing yards and eight touchdowns in four games, Lattimore is the nation’s best running back.   In an off night against Vanderbilt, he had “only” 150 yards from scrimmage and two touchdowns. He is a stud and South Carolina is going to ride him as far as they can. 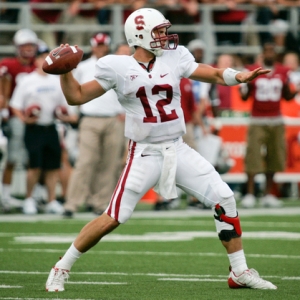 * Luck is the Heisman frontrunner and the top vote getter from last year, the NCAA’s best quarterback and future #1 NFL draft pick who has elevated Stanford into a national power. He’s undefeated this year and hasn’t done anything to merit losing his frontrunner status.

* Luck has the name value and the reputation, and is probably the leader in the clubhouse thus far.  As long as Stanford keeps winning, he’s in the discussion.

* My vote remains unchanged.. I would add more but nothing was overtly impressive other then Kellen tossing 4 touchdowns in less than 2.5 quarters of play.

This Week: vs Nebraska

* Russell Wilson: If the Heisman really is an indication of college football’s most outstanding player, than so far, it’s been Wilson. I know the Badgers haven’t played anyone of merit yet, but 11 touchdowns, one interception and a 76 percent completion rate? Give me a break!

* Wilson has torched the cupcakes that the Badgers have played so far. He put up 345 and 3 TDs against South Dakota. Wilson is 2nd in pass efficiency, 8th in passing TDs, and 9th in yards. His competition gets a lot stiffer with Nebraska this week.

New to the Poll: Trent Richardson

– RG3 gained 17.46% in the poll this week and also gained 6 first place votes. All of the other Top 5 finalists all lost traction in this weeks poll.

– In his off week Andrew Luck only lost 4.9% of his votes and 1 first place vote.

– Baylor has never had a Heisman Trophy Winner. The last Big 12 QB to win the Heisman was Sam Bradford in 2008 and before that it was Jason White, also of Oklahoma, in 2003.

– This week RG3 goes up against the #2 pass defense in the Big 12, the Kansas State Wildcats. Through 4 games the Wildcats have only allowed 157 yards per game. Of course, Kansas State’s schedule hasn’t exactly been a who’s who of college football (Eastern Kentucky, Kent State, Miami). Last week the Wildcats did give up 272 yards to the Hurricanes.

– Marcus Lattimore gets Auburn this week. Auburn is currently dead last in the SEC in stopping the run as they are giving up 226 yards per game on the ground.

– Andrew Luck faces off with the UCLA Bruins. When the Bruins played Case Keenum in week one they gave up 310 yards passing.

– Kellen Moore has the revenge factor in his corner this week as the Broncos play the only team they lost to last year, the Nevada Wolfpack. So far this season Nevada is 6th (out of only 8 teams) in the WAC in pass defense as they give up 235 yards passing per game. When the Wolfpack played Oregon earlier this year they gave up 331 yards through the air and six (yes six!) touchdowns while surrendering 69 points to the Ducks.

Keep an eye out for this: Now in the Mountain West, Boise doesn’t have nearly as many games on ESPN as they once did. Will this make people lose track of just how good Kellen Moore plays on a week in and week out basis?