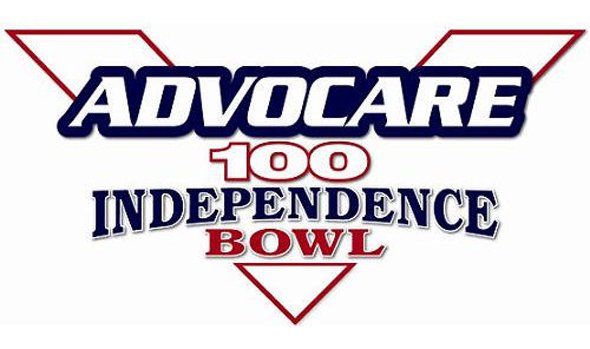 On the excitement meter, this match-up of 7-5 squads barely registers. Although there will be a decent number of talented players on the field, both teams underachieved this season.

Bet that’s a familiar story in the Independence Bowl.

Making This All Possible

Wrong. We’re talking about a daily multivitamin that provides 100 percent of the daily value for more than 15 vitamins and minerals. Supposedly it would be great for college athletes.

Get To Know: Missouri

Yet Again, Mizzou coach Gary Pinkel oversaw one of the most prolific offenses in the country. Led by the backfield duo of quarterback James Franklin and running back Henry Josey, who was lost late in the season with a knee injury, the Tigers rolled up nearly 500 yards of total offense per game.

This will mark Mizzou’s final football game as a member of the Big 12 before the Tigers leave for the SEC in 2013. (Chances that has any bearing on this game? Zero.)

Get To Know: North Carolina

The Tar Heels’ season got off to a rocky start when the school’s administration opted to fire head coach Butch Davis on the eve of two-a-days. Assistant Everett Withers took over as interim head coach, and as would be expected, the Heels had a choppy 2011 campaign in which they struggled to find an rhythm on either side of the ball.

Shreveport, home of the Independence Bowl, is the most affordable commercial real estate market in the country.

Louisiana may be home to the best Cajun cuisine in the world, but take a night off from crawfish and gumbo to sample Superior Grill‘s delicious Mexican food. Even a connoisseur like Karl Welzein would call Superior’s margaritas top shelf. The menu consists of traditional offerings from south of the border, and the fajitas are fantastic.

If You’re Watching At Home

North Carolina bills itself as the “Cradle of the Cue,” so how could you not go with a heaping helping of pulled pork? And it’s always a good time for a Bud Heavy, the signature brew of Anheuser-Busch, which is headquartered in St. Louis.

To say North Carolina’s program is “unsettled” right now would be an understatement. The Heels’ coach is off to Ohio State as soon as the final gun sounds to work with Urban Meyer’s new staff. The new coach, Larry Fedora, remains a mystery to UNC’s players, having finished the season with Southern Miss.

Neither team has much motivation in this case, but Missouri has likely been a bit more focused the last few weeks. That gives the Tigers the edge.