Traveling to West Virginia for this weekend’s mega-showdown between LSU and West Virginia? Well our stadium guru Joshua Guiher has everything you need to know about your trip to Morgantown.

Josh does a weekly column for Crystal Ball Run, chronicling his trips to stadiums nationwide (his goal is to get to all 120 FBS stadiums), and in the past has reviewed Michigan Stadium, Notre Dame Stadium and a handful of others for us here at this site.

To see all Josh’s stadium reviews, be sure to visit collegiatestadiums.com, and follow on Twitter @CollegiateStdms as well.

Now, let’s give you the inside scoop on what to expect in West Virginia this weekend!

Puskar Stadium is a decent stadium full of some of the most passionate fans you will ever come across. In my experience, if you are with the visiting team, it is wise to travel in groups and to wear neutral clothing. When we attend the Pitt-West Virginia “Backyard brawl” game, we just wear non-logoed Navy clothing in an effort to fit in.

I’ve seen plenty of crazy things at the couple of WVU games I have attended, from a guy in a Santa suit drinking Jagermeister straight from the bottle and chasing it with Red Bull to a group of WVU stealing a load of t-shirts being sold by a street vendor and handing them out to people for free, so keep your head on a swivel and be on the lookout for all of the zany fan actions.

As you read through this guide, please understand that I am not against going to Puskar Stadium, in fact I am going next weekend for the Bowling Green game, just know that it is going to a different adventure with fans that are more hostile than most college stadiums.

* The full name of the stadium is Mountaineer Field at Milan Puskar Stadium
* Puskar Stadium holds 60,000 fans
* WVU crammed 70,222 fans into the stadium for a game against Miami on November 20, 1993
* John Denver’s “Take Me Home, Country Roads” has been played at every home game since 1972 and Denver himself even made a surprise appearance to sing the song at opening game of the 1980 season when Mountaineer Field was dedicated

I have personally never found a bad seat in Puskar Stadium. Sure you can have a better view from some seats but you can see all of the action from anywhere I have tried sitting.

The seats themselves are your standard bench style seats with a decent amount of room, not too much room, but more than places like Beaver Stadium and Michigan Stadium.

Of course, the worst seats in the stadium are sections 98-100 (visitors) and 131-133 so try to avoid those if you can, although some visiting fans may find it better to sit with the rest of the teams fans in the visitors section.

Here is the seating chart

Also, allow plenty of time to get into the stadium because the last time I was there, so many fights occurred that they closed all the gates down except for one and it took us over an hour to get in, making us miss the first 10 minutes of the game.

While the big news this year is the addition of beer, it is going to cost you a good bit ($9 for a bottle!) so I don’t think too many people will decide to make the purchase. Besides, when I did a story on the security and safety measures that WVU was going to implement, I don’t think there will be much of a problem with inebriated fans getting served inside the stadium.

For food, I’ll be honest and say I have never eaten at the stadium since we have always planned our Thanksgiving dinner with extended family about 30 minutes away before the backyard brawl games. If I remember correctly, they have a pretty standard stadium menu and I don’t remember seeing any type of signature item like you get at minor league ballparks.

The mountaineer mascot is pretty cool in my opinion. An actual student who dresses up as a mountain man (or women) since they have had two women mountaineers including last year and carries around a working musket. Then again, I did find it odd at a basketball game that they had both the outgoing and the incoming mascot at the event.

The band isn’t the best, and they don’t do a whole lot of movement, but the formation of an outline in the shape of West Virginia is pretty cool.

Also, don’t forget to learn the words to “Take Me Home, Country Roads,” even if you are a visiting fan, because it is going to get stuck in your head anyways.

One of my favorite things to do when at a WVU game is to walk around the tailgating areas outside of the stadium. It is a fun scene and one that can be enjoyed even as a visiting as long as you use common sense; don’t say things you shouldn’t and walk away from any fights because you will be outnumbered.

Try to buddy up with a WVU fan that has some moonshine and enjoy yourself.

For parking, pay attention to this link here. If not, I have witnessed a lot of fans just pull off the side of the road and park, although I am never sure of the legality of this. I know when I went for a basketball game last year that I just followed everyone else and pulled onto the median to park and I never got a ticket or anything, but I take no responsibility if you get ticketed or towed so do so at your own discretion.

I’ve kind of covered the fans throughout this guide because that is what people always ask me about when I mention I have been to WVU for a game. To put it simply, I like the fans at West Virginia for the most part but yes, I have had a bad experience or two.

When the game is going on, besides signing along with John Denver, the fans also do a weird hand gesture and chant for every first down. It isn’t as annoying as the tomahawk chop but it gets pretty old if they are moving the ball down field a lot on your team.

I have always managed to get tickets through the WVU ticket office. However, with a new, more exciting coach and on-field product, I suspect that tickets are harder to come by this year and darn near impossible to find for the LSU game this weekend.

You will be able to find scalpers around the tailgate area as you walk around but be prepared to pay a premium price.

Getting to Morgantown itself is fairly easy, but once you get off of the interstate and drive toward the stadium traffic can get quite heavy. Be sure to allow extra time to travel of 30 minutes to one hour to account for the traffic.

Here are the directions right from the athletic website and they also provide this nice visitor’s guide as well.

Now, if you are flying in, you have plenty of options besides Morgantown such as Charleston and Wheeling but by far your best option is to fly into Pittsburgh and make the 50 minute drive down to Morgantown.

The directions link also has a list of rental car and taxi companies with phone numbers if you need either of those.

If you click on the directions link above, there is also a nice list of area hotels complete with phone numbers.

If you find that those are all too expensive, you can try Pittsburgh especially if you are flying into there. I am a Marriott rewards member so I usually try to stay at one 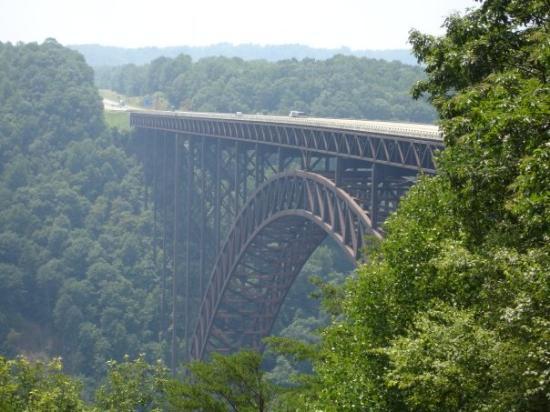 of their properties, but just pick your favorite chain and go from there.

I’ve never been a fan of the town, but College Football Pundit writer Brian Grummell informed me of a few good places to try and I’m going to try both next Saturday.

If you want to just get some food and not worry about drinking, Grummell suggests that you try Black Bear Burritos. To me, the menu looks amazing.

Another Grummell suggestion is a bar called Jay’s Getaway which has over 70 beers on tap including a nice selection of local craft beers.

If you want to stay more main stream and don’t mind a two hour wait, then go to the always popular Kegler’s Sports Bar as suggested to me by a few WVU fans.

If you like the outdoors then Morgantown is a great place for you to visit. There is an entire website here dedicated to the tourism of the city. In the fall, local events include a bluegrass festival and this Saturday happens to be a bird walk at 8am by the Morgantown Audubon. Also, a hike along the Alleghany trail is never a bad idea.

If you want to get out of Morgantown to site see, then take a trip down to the New River Gorge and enjoy the view to your above right.

I have enjoyed the game day experience at WVU. The fans keep the place loud and the stadium is in good shape. Just keep yourself out of unnecessary situations and you will have a great time.