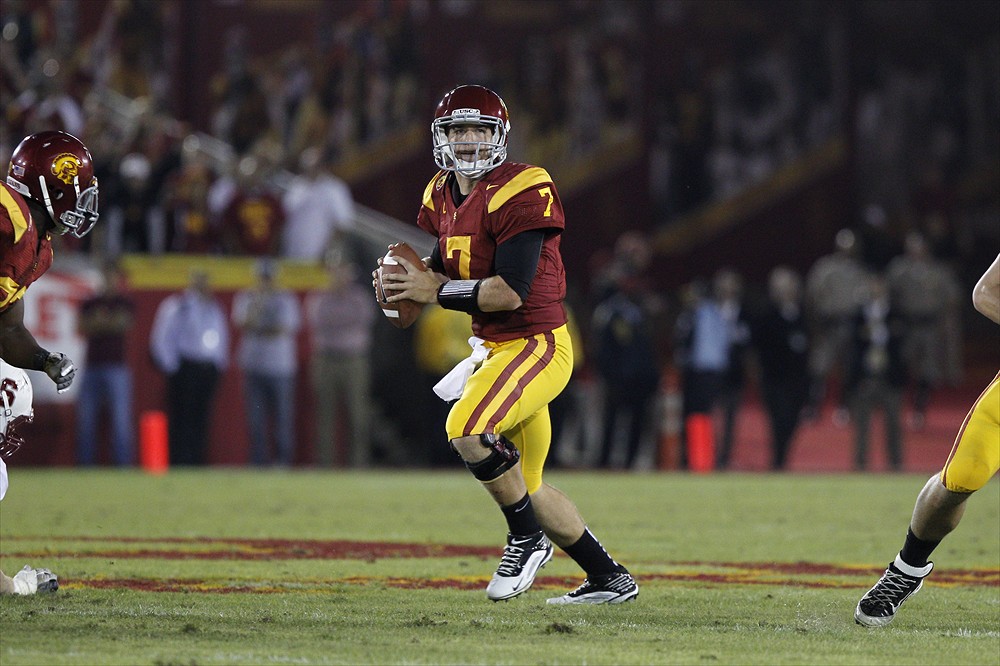 We have not yet bid adieu to the 2011 college football season. Being forward-thinking as we are, though, the time has arrived to gaze into our crystal ball.

Today, with the Pac-12 releasing its 2012 football schedule, we present you with what, in our option, will be the top 10 Pac-12 games to come.

Can Guz Malzahn make a splash in his first game at Arkansas State? Defeating Oregon would suffice.

The Triumphant return of Mike Leach.

Assuming Notre Dame continues to improve and USC is at – or near – the top of the rankings on Nov. 24th, this is a game everyone will want to watch.

Considering LSU may be the defending national champions, this game gets an out-of-conference mention.

The theme of new coaches inside the Pac-12 will be a story line in this game as well; Urban Meyer with his first out-of-conference test.

Let’s get real: The only folks who will be openly pulling for an Arizona State win will be Oregon State and Arizona State fans. Otherwise, most college football fans will hope for a thrashing of Todd Graham.

Two new coaches – Rich Rod versus Todd Graham – and in-state rivals. This one could see sparks.

California, a mostly young squad, will hope to exact some revenge for its 43-15 demolishing at the hands of Oregon.

2011 was the year of RGIII and Luck; 2012 will be the year of Barkley. Don’t miss any of what could be a Heisman run for Barkley, while USC goes on the Crystal Ball Run.

Maybe I am partial, who knows. One thing I do know is that Mike Leach has pieces in Wazzou that could, potentially, make the Cougar offense very exciting, very soon. Rivalry games, too, are always fun.

I am interested to see what stratagem Mike Leach concocts against the Oregon defense. This game could give us a lot of points and not a great deal of defense.

The Luck-less-Cardinal versus an, again, loaded Ducks squad. To me, this game will be the ultimate test to see how well Stanford has been able to reload; I think it will be. [Assuming, of course, the Cardinal has not been toppled by then.]

Following the putrid UCLA Bruins falling ass-backwards into the Pac-12 Championship in 2011, this game cannot get here soon enough for the league.

This game, essentially, is for the Pac-12 Championship. Both teams will be top-notch, and this potentially could be a top-five match-up.