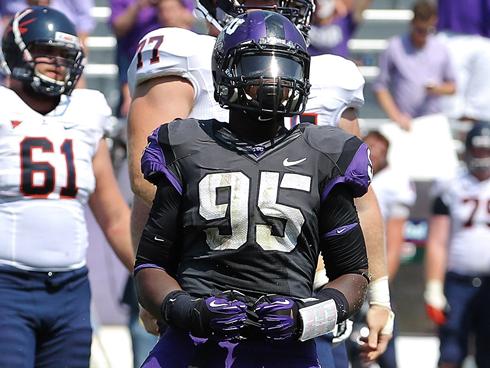 Michigan State had its sites set on a Rose Bowl appearance, but the Spartans went 6-6 and are facing the real possibility of finishing the season with a losing record. This game is sure to be a defensive battle as both programs have been solid at stopping opponents. Of course, many of us will have to stay up late to watch this one.

Linn Jorum Sulland is one of the world’s best handball players, but she’s also got that sexy Norway thing going on. Despite her talent and looks, much like this game, not many people will ever tune in to watch.

A word about our sponsor…: I can still remember the first time the place formerly known as BW3 opened up and everyone on campus packed the place for the beer and wings. Now it seems like there is a Buffalo Wild Wings in every major college town.

Aces: DE Devonte Fields was a real superstar for the Horned Frogs as a true freshman. He led the Big 12 in tackles for a loss (17.5) and Michigan State will have to make sure they block him if it wants any success on offense.

Deuces: It took QB Trevone Boykin a couple starts to get into the groove, but picking up for Casey Pachall was not an easy task. Boykin improved as a passer with each start, and defenses must figure out a way to keep him from running for a key first down to get the Horned Frogs off the field. 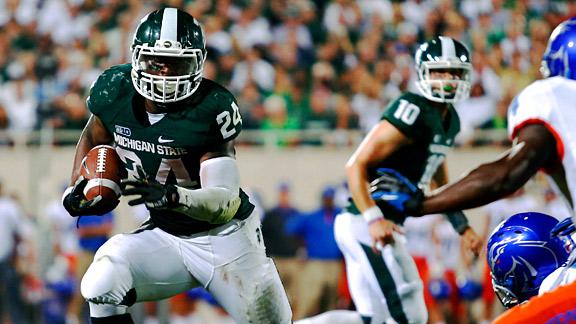 Aces: RB Le’Veon Bell is likely playing his final game for Sparty. The All-Big Ten performer was third in the nation with 137.3 yards per game. Another big showing could be enough to convince him it’s time to move on the NFL.

Deuces: DB Darqueze Dennard is one of the Big Ten’s best cover men, and since teammate Johnny Adams will miss the game Dennard will be asked to do even more.

Wildcard: QB Andrew Maxwell has shouldered much of the blame for the Spartans’ down season, and a lot of it is deserved. It will be interesting to see if the extra time to prepare for this game has helped Maxwell become more consistent.

So you don’t forget…: If you enjoy watching wide-open offenses running up and down the field, this is not a game for you. This game should have the feel of a 1960s Big Ten contest.

Crystal Ball: TCU adjusted well to playing in the Big 12 and the future is bright for the Horned Frogs, but the Spartans had one of those seasons where they lost a lot of close games. This is the one that they come out on the right side and avoid the losing season.