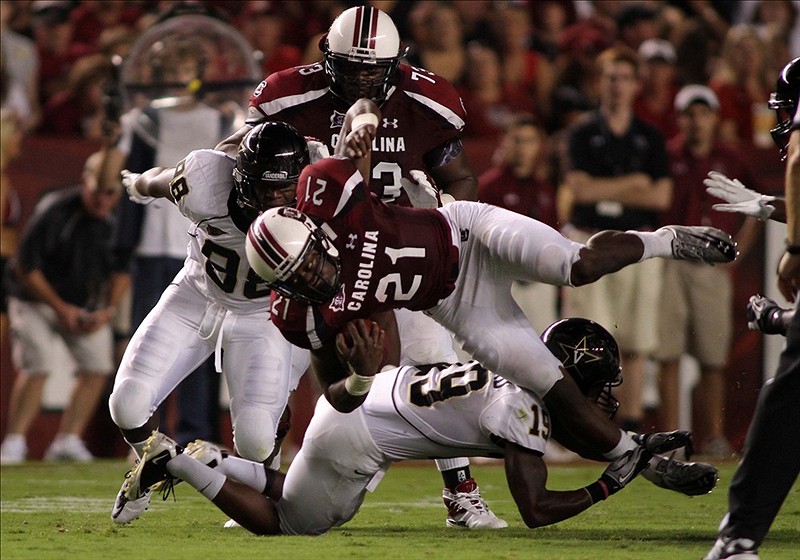 Just in time for the first kickoff of the 2012 college football season, the Crystal Ball Run Upset Alert is ready to roll and not afraid to put anyone on notice. We have chosen five games in which certain teams should pull away with a victory but a loss is most certainly not out of the question if they are not careful.

One of those teams will take the field tonight in an SEC season opener, South Carolina. The Gamecocks will play this season as one of the favorites in the SEC East, although with games against LSU and Arkansas on the schedule while Georgia gets to escape the top three teams from the West every game will be critical for Steve Spurrier and company. The first test comes with a road contest at Vanderbilt.

The Commodores are looking to build off a successful season in year one under James Franklin but how much more can this program realistically do? That remains to be seen of course but opening at home should give the Commodores a little extra juice to open the year, against one of the teams they need to catch. As far as the SEC East race is concerned, this is a heck of a way to kick off the season, and if South Carolina is not careful this could be a game that comes back to haunt them.

What other teams are we putting on watch this week? Let's find out!

New Upset Alert videos will be posted every Thursday throughout the college football season, but you can get an exclusive sneak peek by liking us on Facebook. A short teaser will be shared on Facebook every Wednesday.